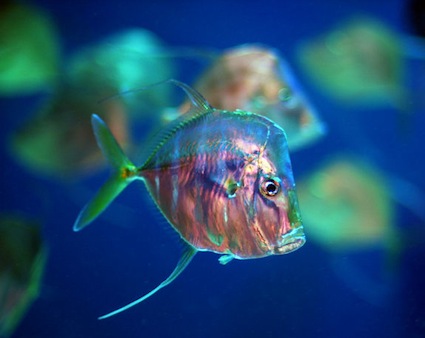 New research supports the theory that fish feel pain. Although there is still no way to prove that fish actually do feel pain, research evidence is increasingly leading fish scientists to the conclusion that fish do feel pain through similar mechanisms as humans. Another interesting conclusion of the research is that fish have consciousness, as theory suggests that consciousness is a requirement for experiencing pain. A doctoral student at the Norwegian School of Veterinary Science initiated the study by successfully teaching fish to undertake tasks that require conscious attention.

Once consciousness was established, the doctoral student then measured activity in the telencephalon region of the brain in response to noxious galvanic stimulation in Atlantic salmon, goldfish, and rainbow trout. Telencephalon response levels were relative to the level of stimulation applied, similar to how humans respond to pain stimuli.