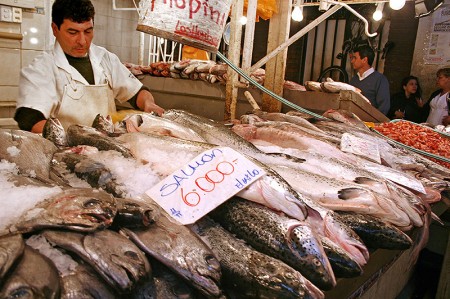 Although salmon are native to the northern Pacific and Atlantic oceans, it’s not uncommon to travel to the other side of the globe and find freshly caught salmon in the local fish market. We were not surprised to see salmon on the menu in Chile. Salmonids have been introduced to South America since the early 1900s, and salmon farming has taken off in Chile more recently. Four salmonid species are commercially cultivated in the country: Atlantic salmon, coho salmon, Chinook salmon and rainbow trout (Norambuena and Gonzalez 2005). Chile is the second largest producer of Atlantic salmon in the world, behind Norway. Salmon smolts are reared at land-based facilities, then transferred as yearlings to cages in lakes or rivers, and finally raised as adults in floating cages or net pens. This practice has attracted some controversy: environmental organizations have expressed concerns about the harmful effects of salmon farming on the local lake and marine ecosystems, such as pollution, disease, and escaped salmon competing with native fish. An epidemic of the virus Infectious Salmon Anemia, which may have started with eggs shipped from Norway, nearly decimated the Chilean salmon industry in 2007, but it quickly rebounded. 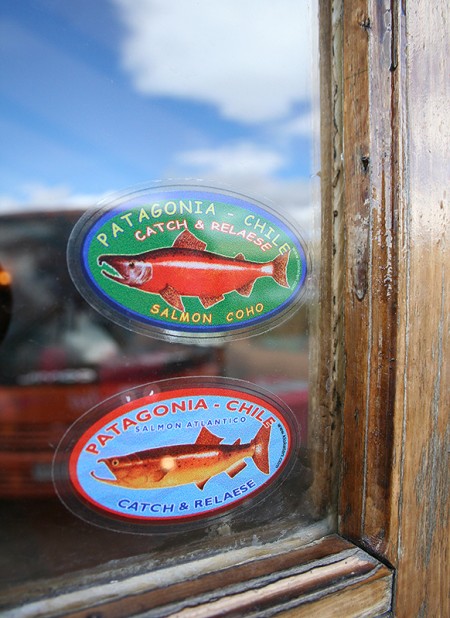 Not only are salmonids an important seafood export, but fly-fishing for ‘wild’ or ‘naturalized’ salmonids has become a significant tourist attraction in Patagonia. Fishing for freshwater brown and rainbow trout is a common pastime. Anglers prize the rarer Atlantic, Chinook and coho salmon so much that they encourage catch and release methods. Often it is not known whether these ‘wild’ salmon originated from salmon that escaped the farm net pens, or if they descended from purposefully stocked salmon. In the case of Chinook, eggs and alevins (newly hatched salmon) from Washington State were intentionally planted in Chile (Astorga et al. 2008). Research has documented Chinook salmon from Chile migrating into rivers on the Atlantic (Argentinian) side of Patagonia, prompting concerns that they will compete with Magellanic penguins for food resource. But clearly, not everyone is upset that salmon and trout from Europe and North America have expanded their range. As evidence of the popularity of fly-fishing, The Trout Bum Diaries 1: Patagonia was showing in our hotel lobby in Patagonia.