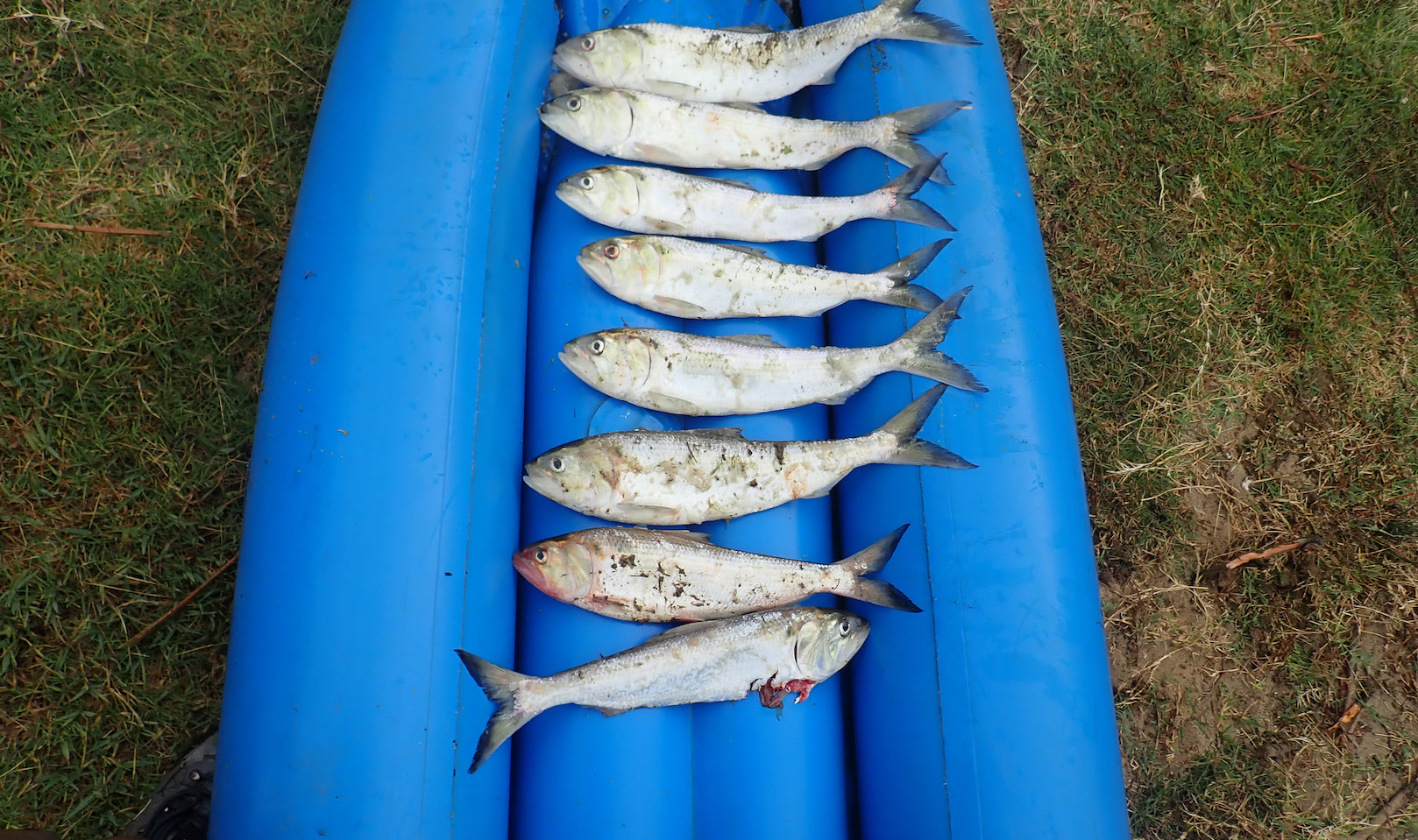 We sometimes get asked whether American shad live in the San Joaquin River basin. The answer is – Yes!  Although the American shad (Alosa sappadissma) is native to the East Coast (ranging from Newfoundland, Canada, to southern Florida), it is now firmly established as a non-native fish species along the Pacific coast of the United States and Canada. Spawning populations occur from southern Alaska all the way to central California. The shad was first introduced to California by an aquaculturist named Seth Green.  They are often referred to as the Poor Man’s Salmon or the Poor Man’s Tarpon due to similarities between salmon and shad life history, and the shad’s silvery, angular appearance that resembles that of a tarpon. On the East Coast they are viewed as a delicacy because of their tasty caviar. In the 1800s, the state of California encouraged commercial fishing for American Shad, but a fishery never quite became established in California, and quickly diminished by the early 1900s. However, the fish appear to be here to stay.

Like salmon, American shad spawn in freshwater, and the Central Valley is host to large spawning populations. In the southern portion of their range, such as in California, shad are often semelparous, meaning they die after spawning once. This is likely due to the higher metabolic rates of the fish living in warmer water. In the northern reaches of their range, American shad are iteroparous, meaning they can spawn multiple times during their lifetime (Leggett and Carscadden 1978). American Shad begin to migrate into freshwater streams during the early spring. They are broadcast spawners, meaning that females release their eggs (between 120,000 and 500,000!) for males to fertilize in the open water.

The San Joaquin hosts thousands of shad that make their annual migration to spawn in tributaries such as the Stanislaus and Tuolumne rivers. Our crews have spotted evidence of semelparous shad in the Tuolumne River, as we have found dozens of dead shad on weirs and in the river. However, some shad may also survive to return to the ocean after spawning, as we have captured shad moving downstream in rotary screw traps, although the numbers of American shad captured are typically low. We also occasionally spot a small number of shad passing through the Tuolumne weir, and sometimes several dozen passing through the  Stanislaus River weir. American shad are also observed in the late spring and summer during snorkel surveys, indicating that shad enter and exit the streams while weirs and screw traps are not operating.  Shad populations could be very large in both river systems, but current projects are not designed to specifically monitor adult or juvenile migrations of American Shad in the central Valley, and it’s difficult to know the true size of their populations. That said, be sure to keep an eye out for American Shad this spring because they are definitely present in both the Stanislaus and Tuolumne rivers.