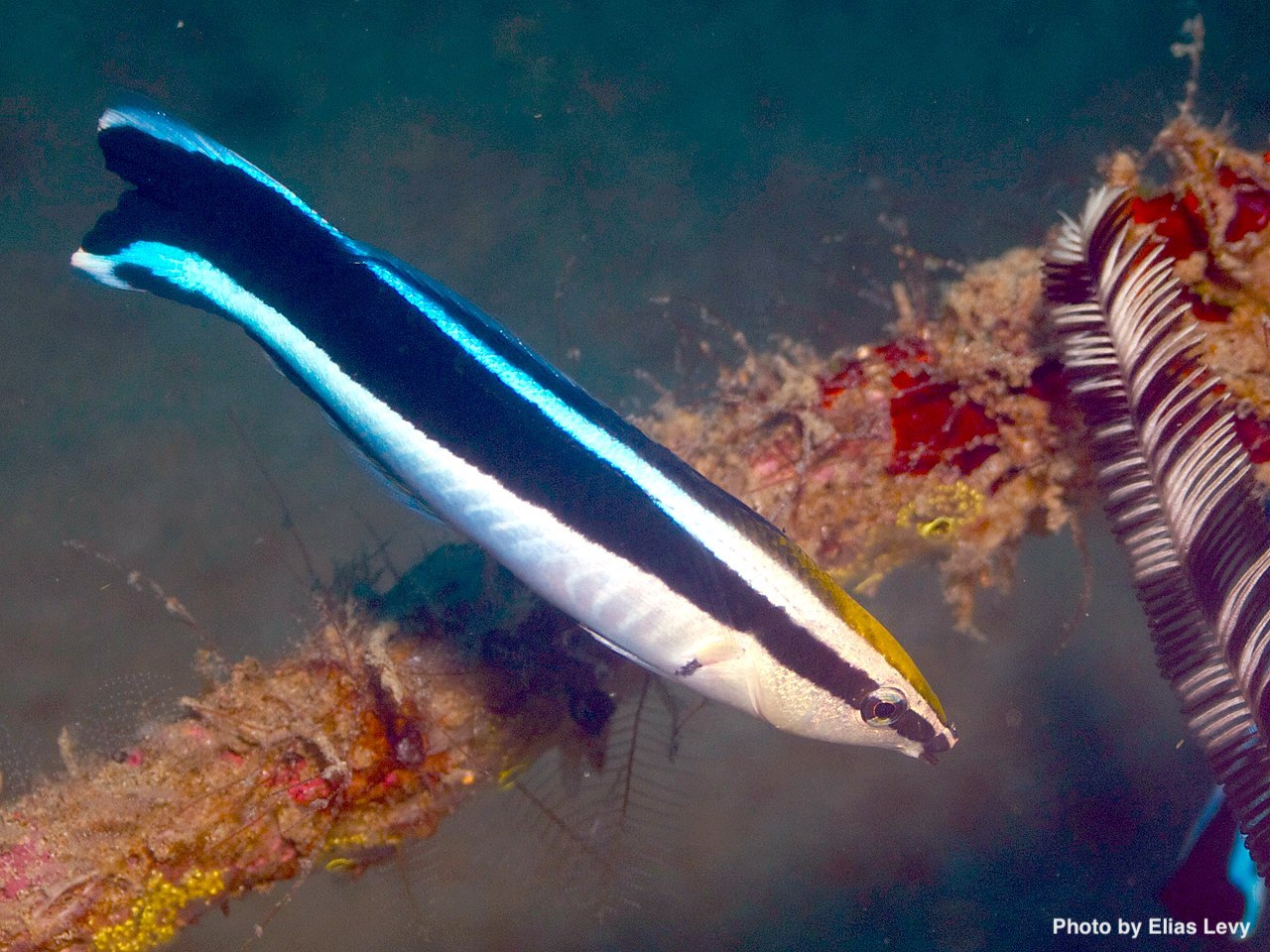 In today’s Flashback Friday we explore fish intelligence, diving into the details of the cleaner wrasse, a marine fish that some consider quite the savvy cleaning business owner.

In the hierarchy of animal intelligence, we humans tend to place fellow warm-blooded mammals such as dogs, chimpanzees, or maybe elephants at the top. However, new research is showing that fish might belong at the top of that list as well. Of course, this depends on how we discern intelligence. Years of evidence has shown that some fish have relatively enormous brains, while others live in complex social communities and cooperate with one another, recognize other fish and human faces, learn from each other, know their place within social hierarchies, can coordinate hunts, store food, use tools, and even become depressed. However, a new study may provide the most compelling evidence to date that fish should be at included in the club of cleverest animals.

The bluestreak cleaner wrasse is the most common of several species of cleaner wrasse that live on coral reefs across the Indo-Pacific region, from Eastern Africa to French Polynesia. They are famous for their unique feeding behavior whereby a single, pair, or group of adults occupies a “cleaning station” at which they provide a cleaning service to other fish (commonly referred to as “clients”), removing parasites and dead skin from other fish and receiving a meal in the process. Clients can invite a cleaning session by adopting a particular pose, and queues will often form as multiple clients wait for their turn cleaning station. Unfamiliar clients are often greeted with dance-like movements by the wrasse. 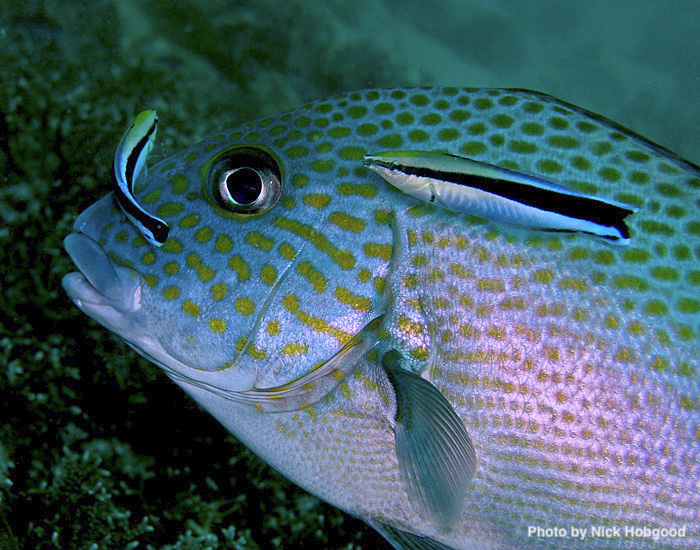 Cleaner wrasses have been shown to be remarkably savvy about how they perform their services. They sometimes cheat and take a bite of the protective skin mucus of their clients. However, prospective clients will often leave if they have witnessed the cleaning session of a previous client ending badly, so if other clients are watching, the wrasse will generally refrain from this behavior, ostensibly to protect their reputation. If chased by an angry client, the cleaner wrasse will often try to make amends by offering a “fin massage.” Clients are also prioritized based on size; if a high-profile client shows up (such as a shark or grouper), they will be prioritized over smaller fish. Likewise, a cheating cleaner wrasse will often behave altruistically towards its smallest client species to deceive and attract the high-profile clients, which they can later exploit.

In addition to the intelligence required for this impressive (and seemingly familiar) array of interactions, a group of researchers led by Osaka City University in Japan has shown that cleaner wrasse have passed the mark test, the standard test of cognition and self-awareness across species. Only species such as chimpanzees, orangutans, dolphins, elephants, and magpies have passed the test so far, which involves placing a mark on the subject (in this case colored rubber marks under the skin) and placing the subject in front of a mirror to see how it responds. Most humans can determine that they are looking at their own reflection and that they have been marked starting at about 18 months of age. 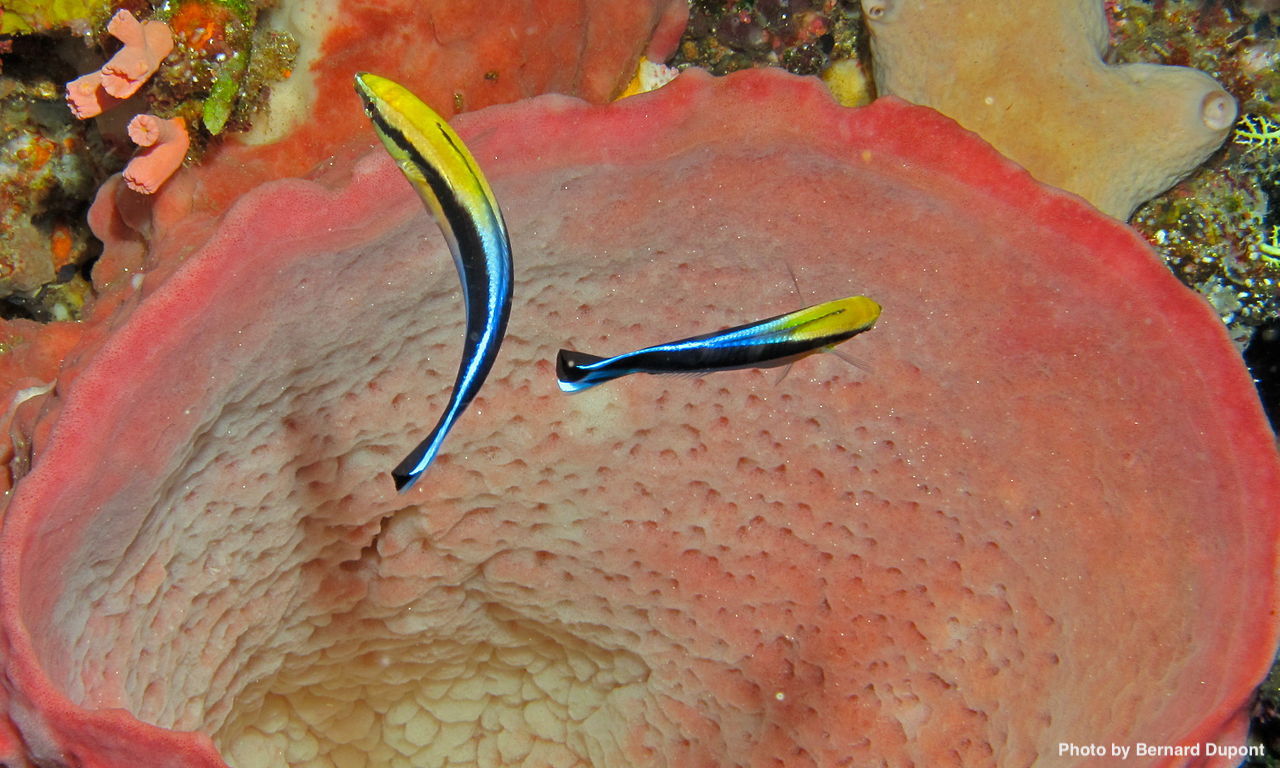