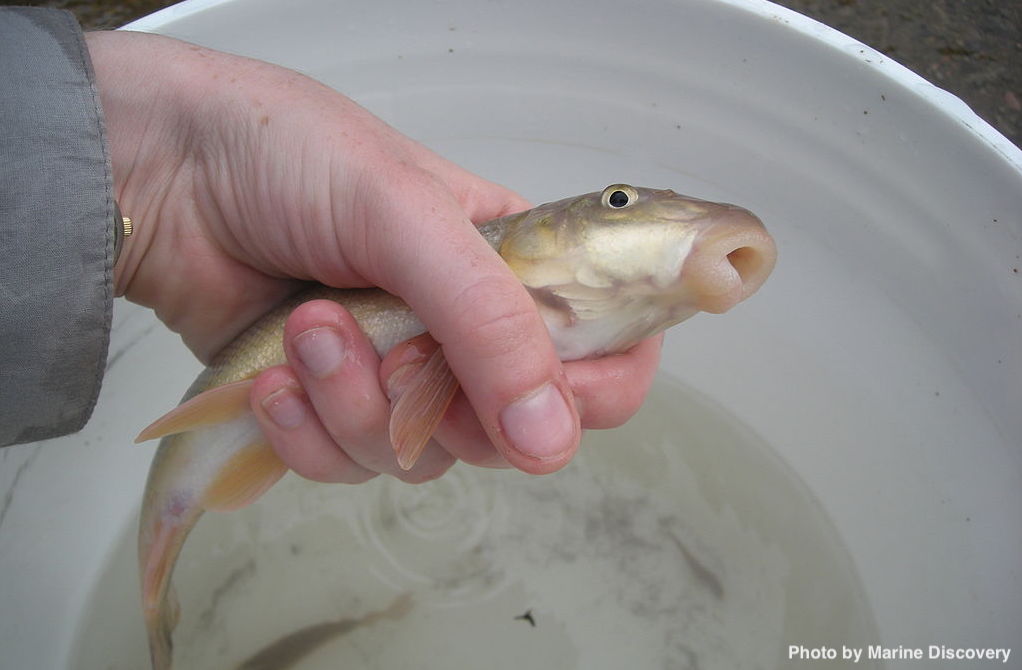 Environmental engineering is a growing industry, but many species of plants and animals have been experts at modifying ecosystems for millennia. A classic example is the industrious beaver, who turns flowing streams into species-rich pond habitats. The existing conceptual model for ecosystem engineering suggests that the impact of an engineering species depends on interactions between the environment and population density, behavior, and body size, but it does not take movement patterns of these species into account. A team of researchers recently investigated how fish movement drives the engineering activities of Sonoran suckers (Catostomus insignis) in the Gila River in New Mexico (Booth et al 2019), and their findings reveal that midnight snacking of this cryptic fish can have a major impact on watersheds.

The study involved monitoring the movement of individual fish, which generally reside in pools during the day and travel throughout the river in search of food at night. These assessments of movement relied on passive integrated transponder (PIT) tags and mobile and stationary antennas to detect the tagged fish. In addition to assessing fish movement, the researchers also conducted observational studies to evaluate sediment disturbance and movement of organic matter associated with this nightly fish feeding frenzy. The suckers root through the soft sand and silt substrates of the riverbed in search of invertebrates, and in the process create divots in the sediment up to about 16 inches wide and nearly three inches deep. By counting and measuring these divots throughout the stream, the scientists were able to estimate the total volume of substrate being displaced by the fish.

As expected, their results showed the timing of fish movement was closely associated with periods of low light. The suckers were found to be quite mobile, with some moving as far as 3.3 miles (5.4 kilometers) over the course of the study. The divots created by their nightly forays could be found throughout all soft-bottomed areas of the stream, and divots quickly appeared in new aquatic habitats after flood events. It was estimated that sucker disturbance of the river bottom led to the top one inch of substrate in all areas with soft sediment being moved every three to four days. The impact of the fish on sediment export was found to be particularly significant during periods when the river had low flow, which are frequent in an arid system like the Gila. In fact, it was estimated that about 75% of the time, the suckers were generating more than 20% of the suspended sediment in the system. Perhaps most interesting of all, the divots created by the feeding suckers acted to trap organic matter, leading to their rapid colonization by invertebrates – divots exhibited double the invertebrate biomass of the surrounding substrate in just five days. Because suckers frequently foraged in these previously created divots, the authors of the study hypothesize that their sediment engineering may serve as a fortuitous form of “farming,” in which the suckers create areas that promote the diversity and abundance of their prey. It appears that these somewhat sloppy eaters have meaning behind their messiness.