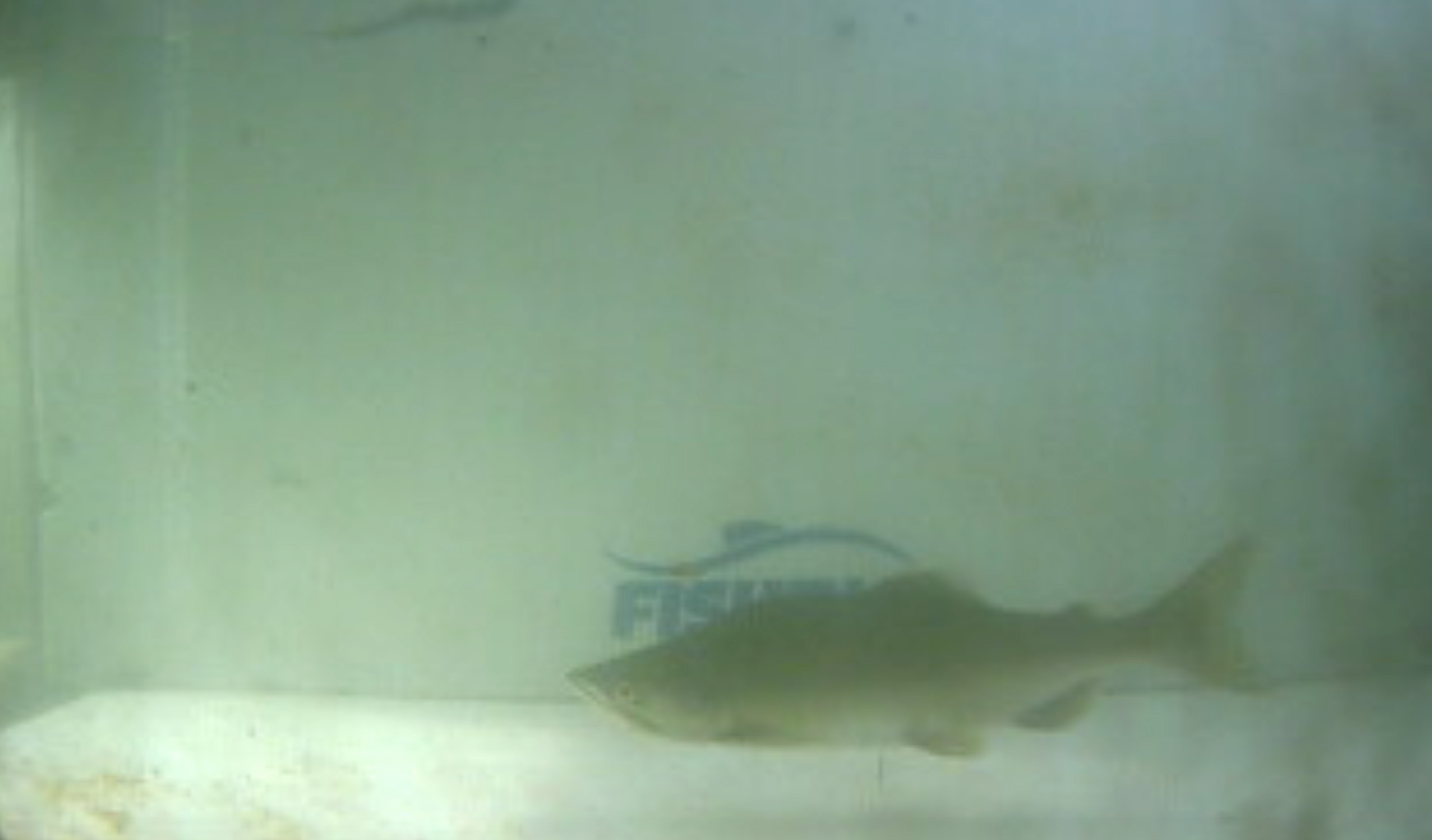 It’s been a season for unexpected salmon sightings in the San Joaquin Basin. We recently reported on the chum salmon we spotted migrating up the Tuolumne River. Shortly thereafter, we detected another unusual visitor on the Stanislaus River: a pink salmon, Oncorhynchus gorbuscha. Males of this species develop a pronounced hump during the reproductive season, earning them the name humpback salmon or “humpies,” which makes them easy to distinguish from other salmon species. These smallest of Pacific salmon, while rare in California, are actually the most numerous salmon species overall.  Populations of humpies were historically found in the Sacramento Basin, and individuals have been recorded as far south as the Salinas River (Skiles et al. 2013). The current southern limit of spawning distribution is now coastal Washington, but sightings of small numbers of pink salmon are occasionally reported in California, such as 10 that were recently spotted in Lagunitas Creek.

Pink salmon typically spawn in the lower reaches of rivers – even estuaries – and migrate to sea shortly after hatching, which makes them very difficult to document when abundances are low. Their life-cycle is among the most predictable and simple of the Pacific salmon, and fish return to freshwater at the young age of 2 to reproduce. This leads to a very distinct separation in runs within river systems, often referred to as even- and odd-year runs, the latter being more numerous (Michielsens et al. 2014). In these odd years, pink salmon comprise over 60 percent of commercial salmon catch in the United States by weight, much of it attributable to harvest in terminal fisheries. While commercial landings are high and the species ranks second among salmon in total commercial value, the market price (per pound) for pinks is very low.

Though pink salmon predictably return to freshwater when they are two years old, they are less faithful in regard to homing to their natal rivers. Pink and chum salmon exhibit the highest rates of straying among the Pacific salmon, which may explain why they occasionally enter rivers outside of their regular range. Documenting both of these species on the San Joaquin tributaries highlights the advantages of continuous monitoring with our fish counting weirs, which allows us to record rare and unusual species that would likely go unnoticed using other methods of fish migration monitoring.