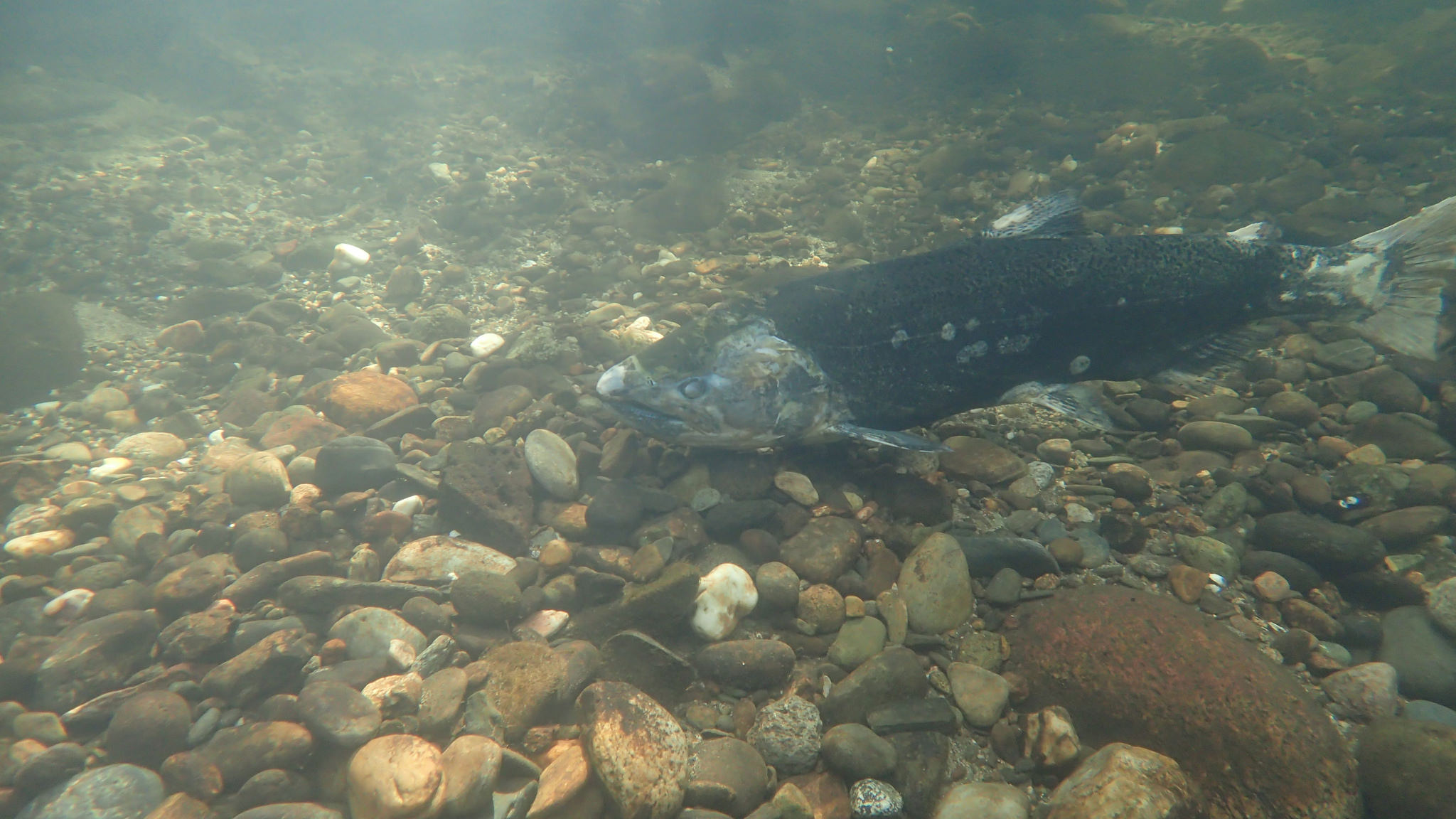 Today’s Halloween-themed Flashback Friday takes a look at the real life zombies swimming through our rivers.

As October draws to a close, most of us have spent the past few weeks surrounded by images of Halloween monsters. Whether flipping past TV horror movies or pausing to admire spooky decorations, we find our day-to-day lives briefly besieged by vampires, werewolves, ghosts, and, of course, zombies. While it’s all just festive fun and games for most people, here at FISHBIO we know one thing: zombies are real, and they are here. But there’s no need to pack up your car and head for the hills – these are the aquatic undead, and their arrival is actually a good thing.

By Halloween, the migration of fall-run Chinook salmon (Oncorhynchus tshawytscha) is often in full swing as they make their way up the rivers of the Central Valley to spawn. Like all Pacific salmon that make the transition from saltwater to freshwater and move upstream, Chinook undertake a journey that will end in their death. In the process, salmon bodies undergo dramatic external and internal changes. The reflective silver color of their scales is replaced by bright red and dull green, and their jaws become elongated and hooked. They stop eating, their immune system shuts down, and many of their internal organs are absorbed to provide the energy necessary to get them to their destination. Like zombies, salmon on a spawning run are driven by a singular purpose, and their bodies decay as they pursue this goal. 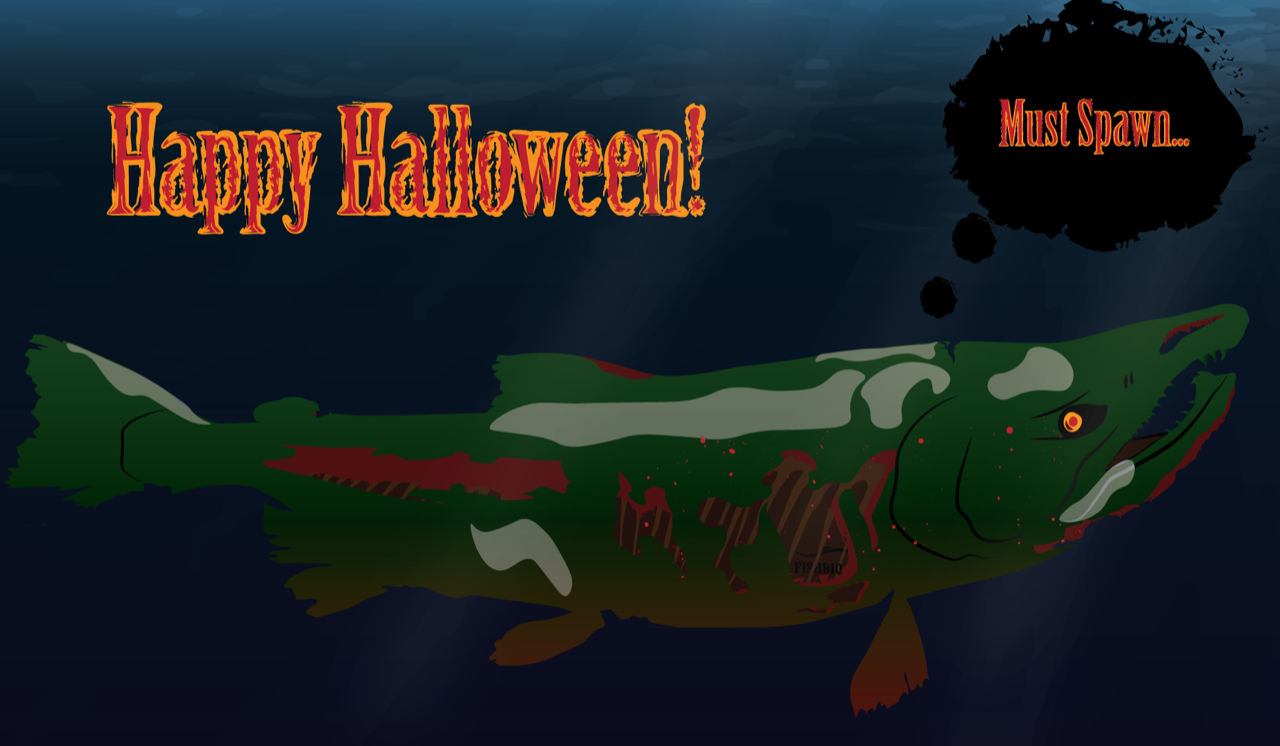 As adult salmon approach their destination, injuries sustained while running a gauntlet of predators and obstacles stop healing, and any infections spread wildly. By the time they have completed spawning, the fish may be missing skin or body parts, covered in wounds, and even coated in a whitish fungus that gives them the appearance of a dead fish swimming. This fungus belongs to the genus Saprolegnia and is a deadly pathogen in salmon. Normally a Chinook’s immune system would prevent the fungus from infecting a wound, but in their “undead” state it consumes them, digesting the fish’s tissue as it spreads. Although their stomachs are long since degraded at this point, these zombie salmon will still strike at bait or prey. This may be due to aggression related to spawning or perhaps is a remnant of the instinct to feed, but either way, fishers can sometimes hook what appears to be a dead salmon that nonetheless puts up a fight.

Horrifying as it all sounds, this slow decay is an important part of the salmon lifecycle. Though they die after spawning, their bodies will provide food for numerous creatures, and will introduce nutrients into both the river and the lands surrounding it. What’s more, their carcasses are valuable to scientists and managers, who can use them to learn about where the spawning fish came from and whether they successfully laid their eggs. As in all good horror stories, these zombies are ultimately vanquished, and all that remains is a scattering of bones and teeth along the banks of a stream. But despite their ghoulish appearance, these fish are simply devoted parents rather than monsters, and their sacrifice is not in vain. The nutrients from their bodies will promote plant and algae production that will help feed and shelter their babies, giving them a better chance at survival. It is an end followed by a beginning, in an ecological process that has existed for millennia. Although not a general rule for all zombies, in the case of Pacific salmon there’s no need to fear the swimming dead.