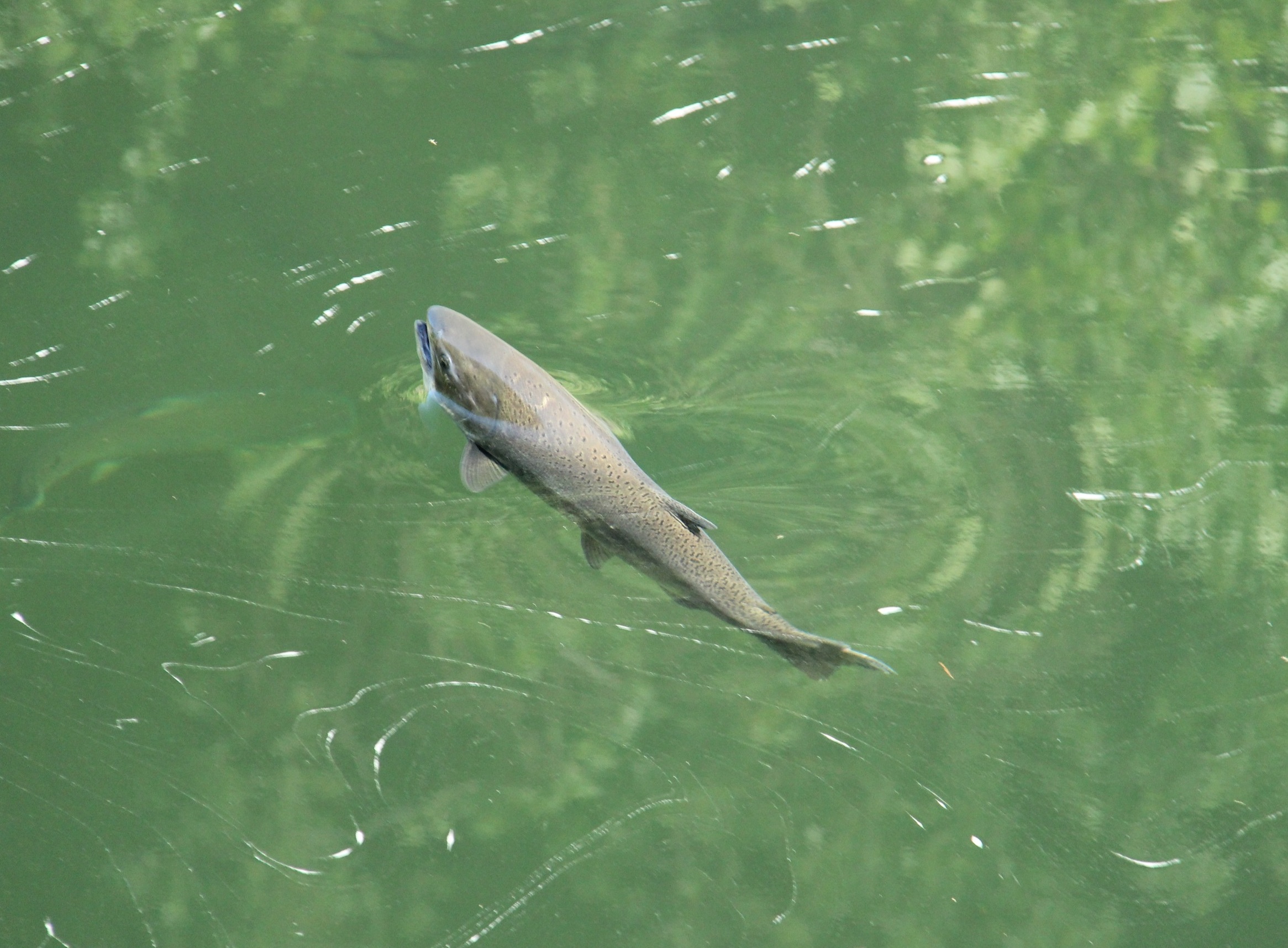 The return of spring-run Chinook salmon is a special event at Big Chico Creek. The fish are sporadic residents, and have not been observed in the creek since 2011 – that is, until now. At our recent Salmon Run, a participant tipped us off that spring-run Chinook had been spotted in a large pool on the creek aptly named “Salmon Hole.” Intrigued by this sighting, we promptly headed up to see for ourselves, and there they were: nearly a dozen spring-run salmon, slowly swimming in circles and occasionally darting upwards to break the water’s surface.

Salmon returns to Big Chico Creek are intermittent for both spring- and fall-run Chinook: some years no salmon spawn in the watershed at all; during other years they can number in the hundreds. It remains a mystery whether the fish we saw are offspring of the estimated 124 fish that returned to the creek in 2011. The timing of this sighting could almost be considered a protest of the City of Chico’s recent decision to abandon plans for reconstruction of the dysfunctional Iron Canyon Fish Ladder a short distance upstream of Salmon Hole. Time will tell whether the salmon we observed will be able to navigate the crumbling structure at the creek’s current low flows before the heat of summer sets in. However, we recently learned from our collaborators at the Big Chico Creek Ecological Reserve that salmon were also sighted in large pools on the reserve, confirming that the fish ladder was passable at some point earlier this spring.

Unlike nearby Butte Creek, Big Chico Creek does not have major flow control infrastructure that can be used to manage water temperatures, and the salmon rely on cool, deep pools to provide adequate holding conditions. Due to the ongoing drought, such conditions are especially scarce this year, and we urge swimmers to refrain from approaching the salmon to avoid additional stress to these special fish. Upcoming observational surveys will estimate the number of salmon in the creek and monitor their condition. With any luck, they will survive through the summer to spawn the next generation of Big Chico Creek Chinook salmon. 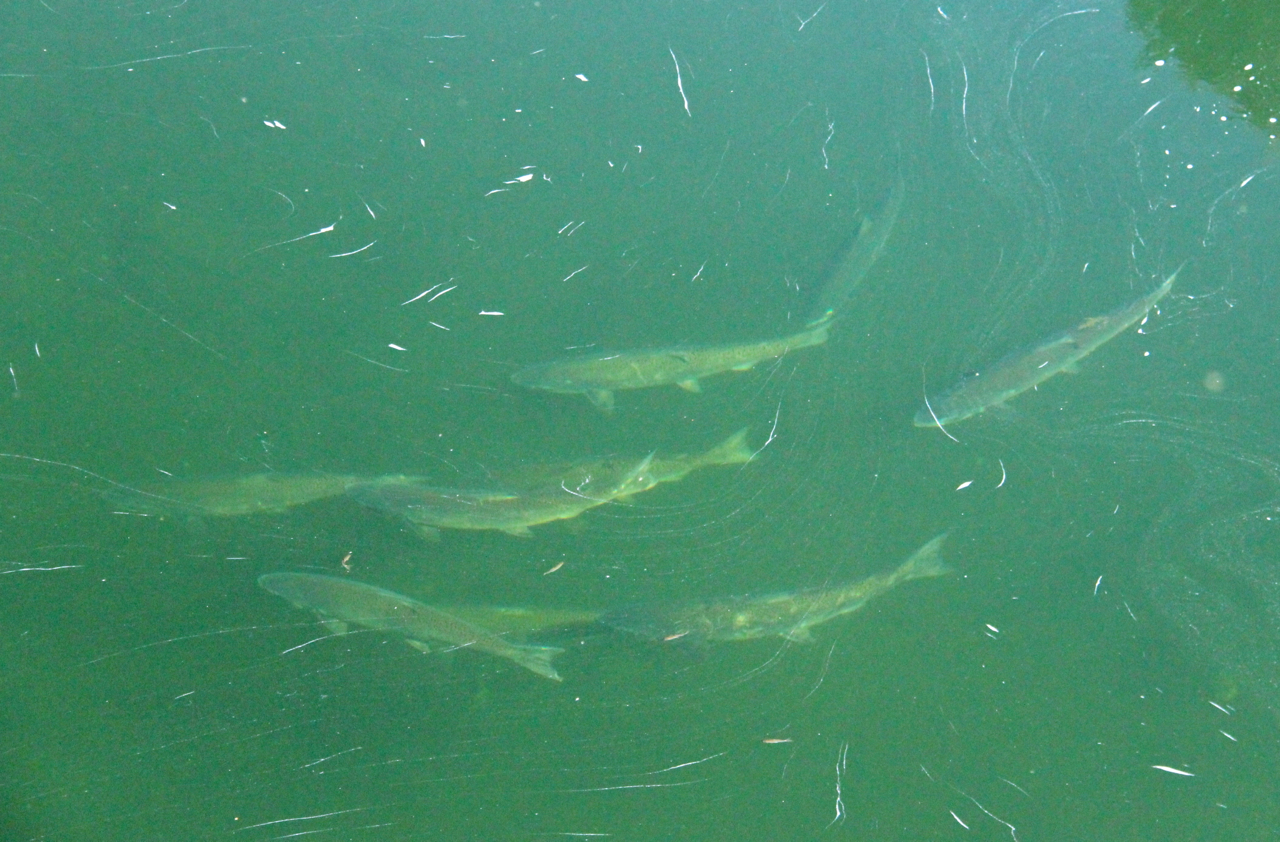