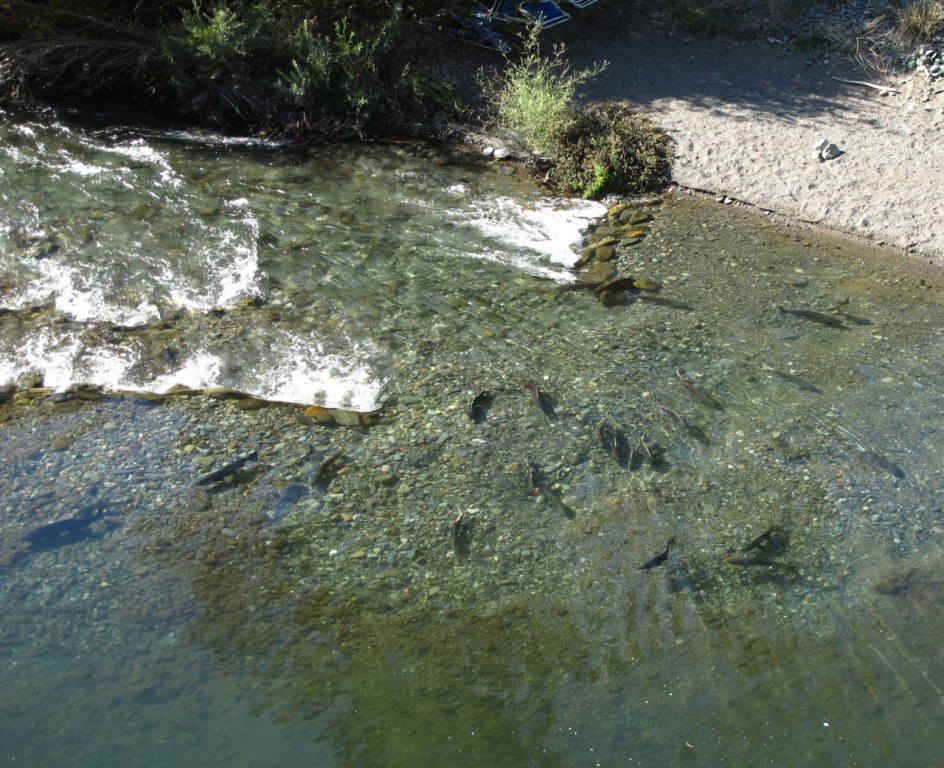 This past fall, FISHBIO partnered with Friends of Butte Creek to explore the largest run of wild, naturally spawned, spring-run Chinook salmon in California. The Butte Creek population is one of the few remaining self-supporting populations in the state. It alone comprises over half of the entire spring-run population in California, which is listed as “threatened” under state and federal legislation (see Challenges of spring-run Chinook Salmon). As was evident on our survey, 2013 turned out to be a near-record year, with a preliminary estimate of 15,887 fish returning to spawn in this magnificent canyon southeast of Chico, California. This was welcome news for this iconic run of salmon, which as recently as 2010 consisted of fewer than 2,000 fish and had fewer than 500 fish returning in the mid-90s (see Spring into action!). This year’s immense population was bolstered by a huge effort from the Department of Fish and Wildlife and the Department of Water Resources to keep river temperatures low over an unusually hot summer by releasing water from Philbrook Reservoir on consecutive “hot days.” 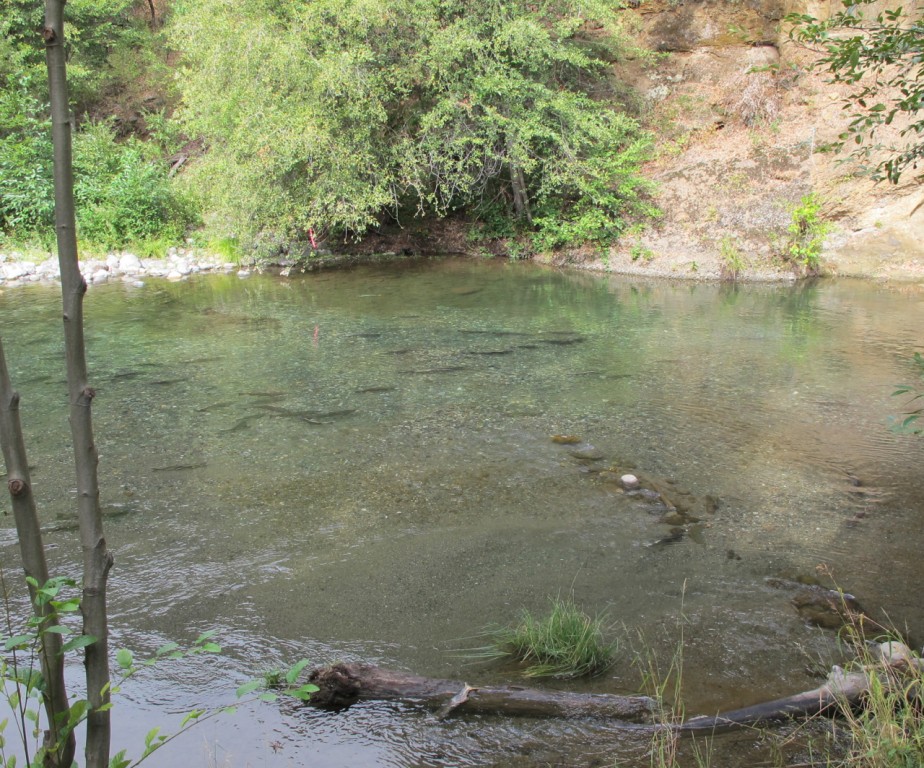 However, this year’s salmon faced a new and un-welcome problem. Unlike past years, in which low flows and high temperatures were responsible for significant pre-spawning mortality, this year’s run faced the problem of just where to spawn. In the first riffle we surveyed, we counted over 100 fish in an area just a little more than 100 feet long (shown above). Not a single redd was discernible, as the entire area seemed to have been scoured into one giant, fluctuating spawning bed. This redd superimposition is a remarkable, and often harmful, byproduct of such high escapement, which Butte Creek experienced this year. Repeated spawning in the same location by multiple females decreases hatching success due to excavation of eggs from the gravel. We also observed many redds in habitats typically considered unsuitable, such as in deep, slow moving pools, in very fast riffle margins, and even in rapids.

It is astonishing to consider that prior to human impacts on these fishes’ freshwater habitat (including dams, massive water diversions, and riparian habitat destruction), spring-run Chinook were the most abundant run of Chinook salmon in California’s Central Valley, with an estimated population of more than a million fish returning each year to spawn. As impressive as it was to observe high-density redds in such unusual locations in this banner year, it highlights the fact that more returning salmon isn’t always the best solution to restoring dwindling populations. Habitat availability and suitability is also an important component to recovering and maintaining salmon populations.