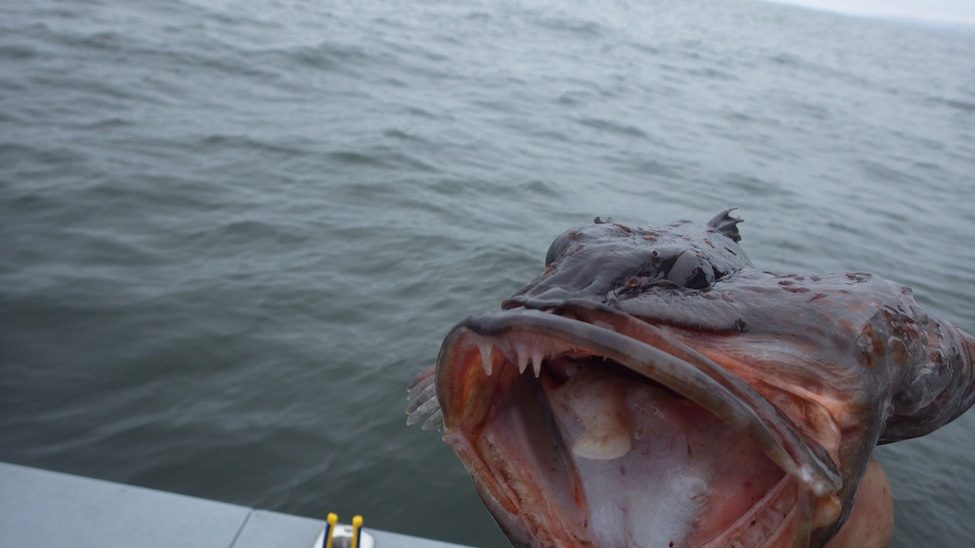 When we write about salmon predators on our blog, we’re usually focused on non-native introduced sportfish that live in freshwater. But there’s a whole different world of predatory teeth that awaits young salmon once they make it into the ocean. One such voracious predator of the coastal ocean is the lingcod (Ophiodon elongates). Despite their name, these fish aren’t true cod, but are a type of greenling. While the lingcod’s coloration is often a mottled brown, they can also be bright bluish green. Lingcod can live for 25 years and can grow to be several feet long, with the largest ever reported measuring 5 feet in length (1.5 m). Lingcod are notable in exhibiting male parental care: once a female lingcod lays her eggs in a nest, she takes off, leaving the male to guard the nest.

Lingcod are considered generalist predators, and eat a variety of other fishes, such as rockfishes and flatfishes, as well as invertebrates like shrimp and squid. These predators tend to stick to a limited home range, so scientists think lingcod diets can serve as an indicator of the type of prey species that live in a particular area. While lingcod are far from salmon specialists, salmonids can make an appearance in their diets. A study in Washington found that lingcod eat more salmon as they grow larger, and other scientists have estimated that lingcod consume 5 tons of juvenile pink and sockeye salmon every year in British Columbia’s Georgia Strait (Beamish and Neville 2001). It’s a far cry from the 145 tons per year that dogfish reportedly consume (Link to Beamish and Neville), but lingcod still pose a respectable threat to juvenile salmon. However, adult salmon can in turn prey on larval and juvenile lingcod, so life in the food chain really does come full circle. 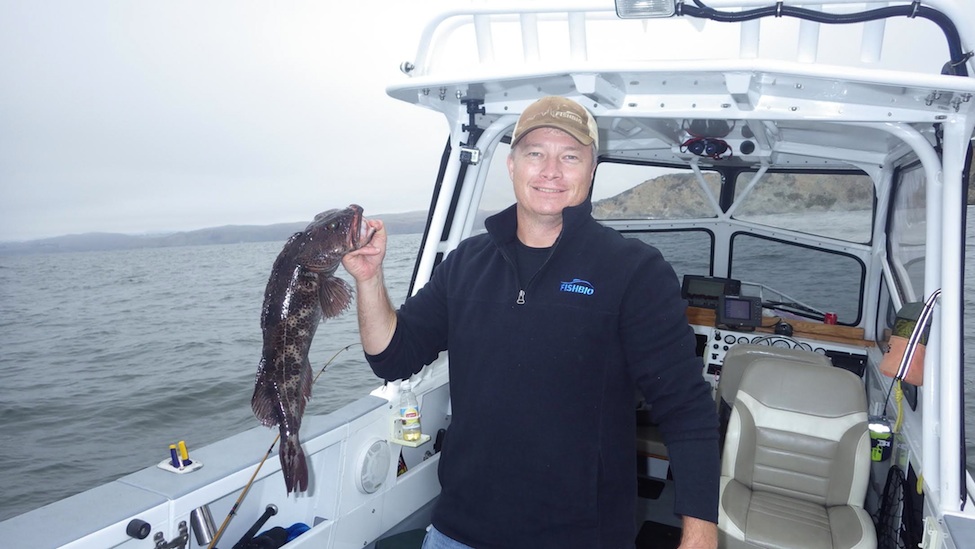 Our staff documented this lingcod encounter during an August salmon fishing trip in Bodega Bay (see Playing hooky). When the sought-after salmon weren’t biting, we moved closer to shore to try our luck catching rockfish. Lingcod share the rockfish’s nearshore habitat, and are known to “hitchhike” a ride on a fisherman’s catch. This happens when a lingcod bites onto a small rockfish that has been hooked, then gets landed or netted itself once the line is reeled in. In this case, a little squid bait on a sliding sinker was enough to entice an unlucky 2-foot ling. We discovered that singlehandedly catching and holding a fish while also taking its photo is a bit of a juggling act, especially when all of its 18 teeth are at close range. Luckily, we captured a shot of the happy fisherman as well. This particular specimen was battered and fried, and was reportedly very tasty. It sure is nice being the ocean’s top predator.