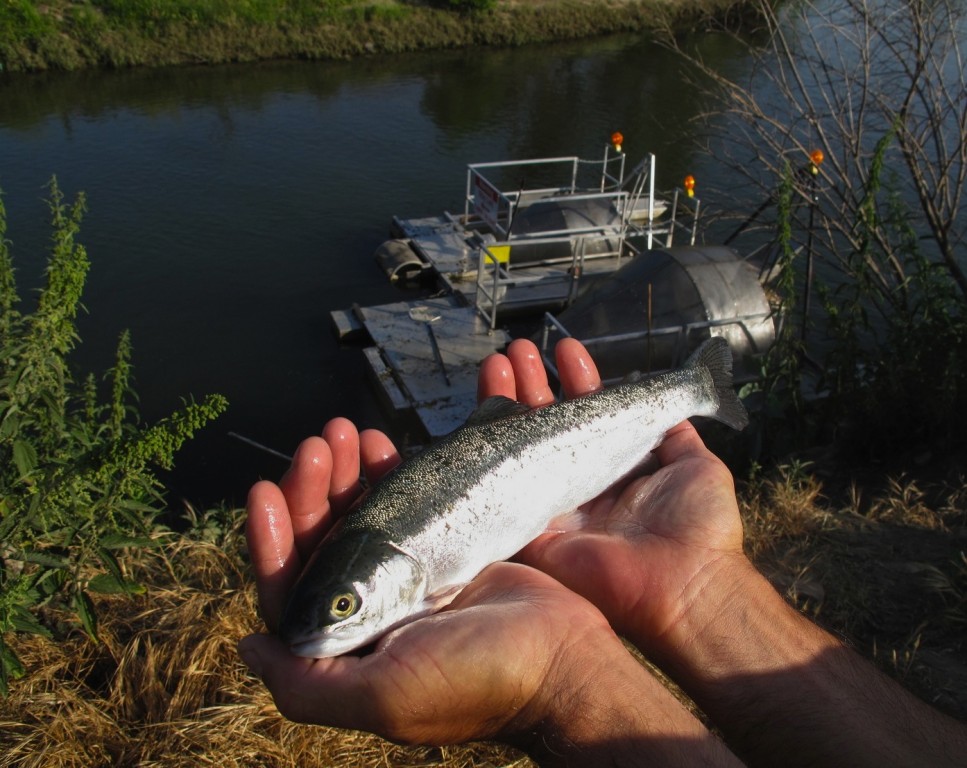 In times of extreme conditions, such as the current state of water scarcity in California, some sacrifices and tradeoffs inevitably have to be made. For example, the recent choice to reduce river flows in northern California is a necessary first step toward water conservation. However, the timing of the flow reductions resulted in sacrificing fall-run Chinook salmon, and an important fishing industry, in favor of winter-run Chinook salmon and steelhead, which are listed under the Endangered Species Act.

On the Sacramento River, endangered winter-run Chinook salmon, which typically spawn in May and June, arrived late last year and laid eggs in August instead. For the next three months, the U.S. Bureau of Reclamation was required to maintain water levels in the river for this endangered species to prevent their eggs from drying out before hatching. Unfortunately, when necessary cuts to flows from Shasta Dam were finally made in November, fall-run Chinook had already returned to the river and laid their own eggs. Waiting to decrease the flows left many fall-run Chinook salmon high and dry, and an estimated 20-40 percent of fall-run Chinook eggs may have been lost as water levels dropped.

Drought concerns at Folsom Lake have forced a similar situation on the American River, where flows are now at their lowest level since 1993. With no rain in sight, water cuts began this month, and fall-run Chinook salmon again took the hit in order to avoid jeopardizing protected steelhead. In this case, the U.S. Bureau of Reclamation wanted to reduce flows before the threatened steelhead returned to spawn, rather than risk dewatering their redds later. However, the timing meant an estimated 10 to 15 percent of unlucky fall-run Chinook redds dried out before the salmon emerged from the gravel. These and similar losses will surely have negative consequences for future fall-run populations, although their full extent remains to be seen.

It’s not easy making the decision on what to sacrifice during a crisis, but in some cases the decision has already been made. The Endangered Species Act (ESA) is designed to protect and recover imperiled species in the hopes that one day they can become delisted. In some cases, delisting occurs when the protection of the species has allowed for the recovery of its populations. However, sometimes research can identify reasons why the species should not have been listed in the first place. In an article recently published in the California Waterblog, Peter Moyle posed the question, “Are Central Valley steelhead really ‘threatened’?” In order to answer that question, it is important to determine if Central Valley steelhead genetics are still present in the Central Valley, and determine what factors produce anadromy in the species (Oncorhynchus mykiss).

Historically, some hatcheries spawned steelhead from the Eel and Klamath Rivers, and today, steelhead genetics in the Central Valley exhibit a closer resemblance to northern California coastal steelhead than their landlocked relatives behind dams in the Central Valley. It was also once thought that anadromy was strictly a genetic trait, but studies have shown otherwise: not all offspring from a steelhead necessarily display anadromous traits, while offspring from resident rainbow trout can exhibit anadromous behavior (Weigel et al. 2013). From a genetics standpoint, it can be argued that Central Valley steelhead have been extirpated from the Central Valley, although it could also be argued that they exist as O. mykiss exhibiting the life strategy of residency rather than anadromy. The nebulous status of steelhead complicates the decision of whether they ought to be prioritized over fall-run Chinook.

It is likely that even tougher decisions will need to be made as the drought persists. Agriculture is the largest consumer of water, and it is likely that land will be fallowed this year and farmers will be subsidized, leading to a loss of farming revenue. Water prices are sure to rise, as society is asked to cut back and find ways to conserve. During a crisis, environmental protections often take a back seat to social and economic concerns, and unfortunately this may continue until the skies open up again.