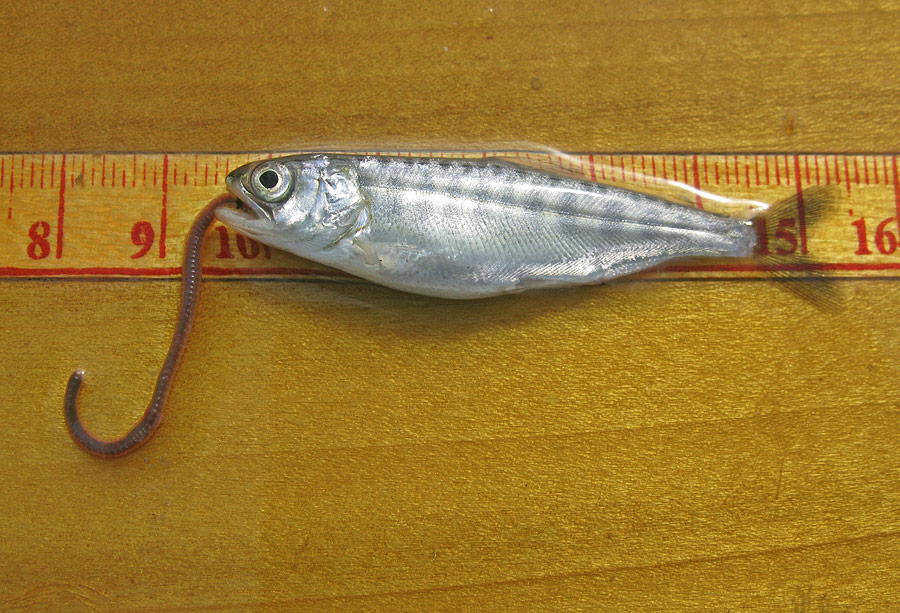 This chinook smolt (Oncorhynchus tshawytscha) was captured mid-meal in the Central Valley last week while fattening up for its journey out to the ocean. We have discussed stream-type and ocean-type chinook life histories in earlier posts (A Year in Freshwater and Life and Death) but differences also exist in how they utilize estuaries. Ocean-type chinook migrate into estuaries at small sizes to rear before migrating out to the ocean, while stream-type typically migrate as larger smolts and don’t typically spend much time rearing and feeding in estuaries before migrating out to sea (Moyle 2002).  In the San Francisco estuary, MacFarlane and Norton (2002) showed that “as young chinook migrated from freshwater to the ocean, their prey changed progressively in importance from invertebrates to fish larvae.” An 11 year study (MacFarlane 2010) determined that outmigrating smolts only gain 0.07g/day while traveling through the San Francisco Estuary (about 40 days) but gain 0.8g/day during the first month following ocean entry.