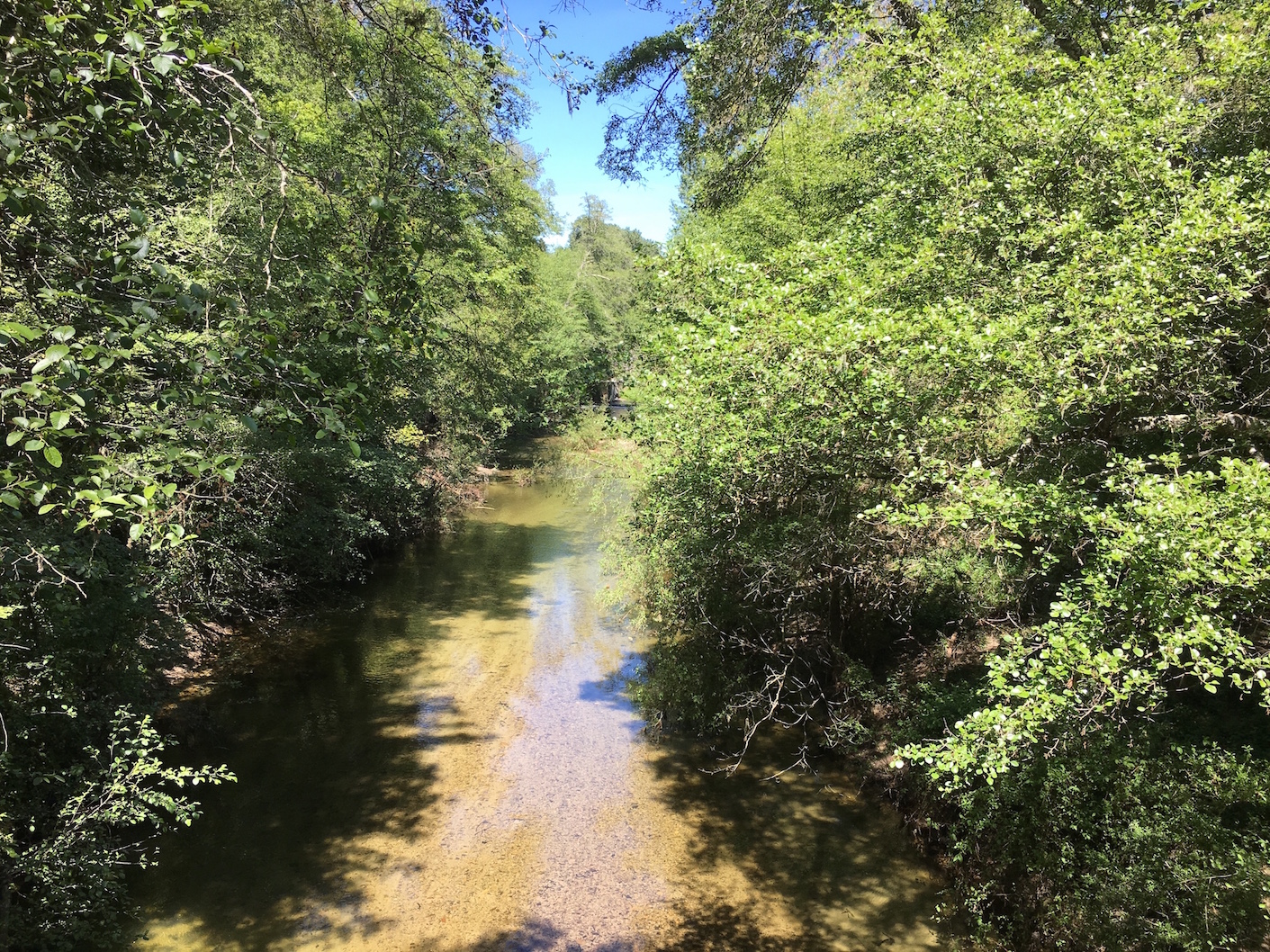 Tens of thousands of steelhead previously migrated through Santa Cruz on their way up the San Lorenzo River, and anglers would line the banks to fish in one of Northern California’s most popular spots. Nowadays, salmonids are not so plentiful in Santa Cruz County: both the local steelhead and coho salmon are listed under the Endangered Species Act. Last spring, FISHBIO joined a walking tour of the San Lorenzo River watershed organized by the Coastal Watershed Council and the Monterey Bay Salmon and Trout Project (MBSTP), a non-profit dedicated to enhancement and restoration of native salmonids in the greater Monterey Bay area. Barry Burt, a retired teacher and coordinator for MBSTP’s Salmon and Trout Education Program, gave us a tour of the San Lorenzo River beginning at the Felton Diversion Dam, an inflatable dam near Henry Cowell State Park. 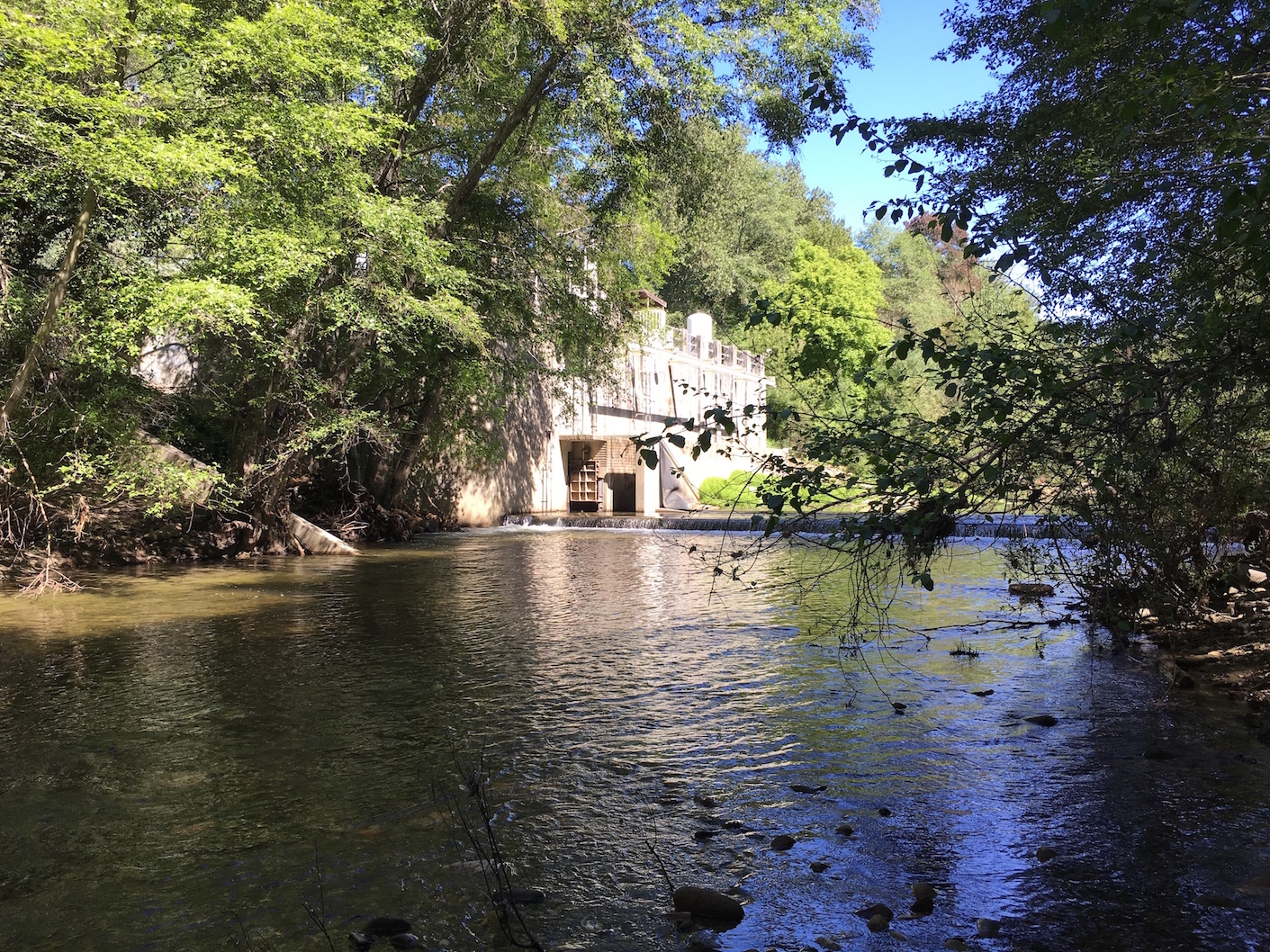 Each year when salmonids migrate back up the river, the MBSTP uses a trap on the fish ladder at this diversion dam to gather wild fish (with adipose fins intact) for hatchery broodstock. The organization operates a hatchery that raises coho and steelhead for release in local rivers and streams. Some of the coho raised at the hatchery are released into the Scott Creek watershed, which has an extensive fisheries monitoring program led by the National Marine Fisheries Service. We continued to walk downstream through the state park to visit sites that steelhead regularly use for spawning. Burt cautioned that many park visitors have stepped into these shallow pools and riffles without realizing they may be standing on top of a steelhead redd (nest). Steelhead and coho smolts mainly migrate out of the river between March and May, and whether they will reach the ocean depends on whether the sand bar has closed on the San Lorenzo River’s intermittent estuary. 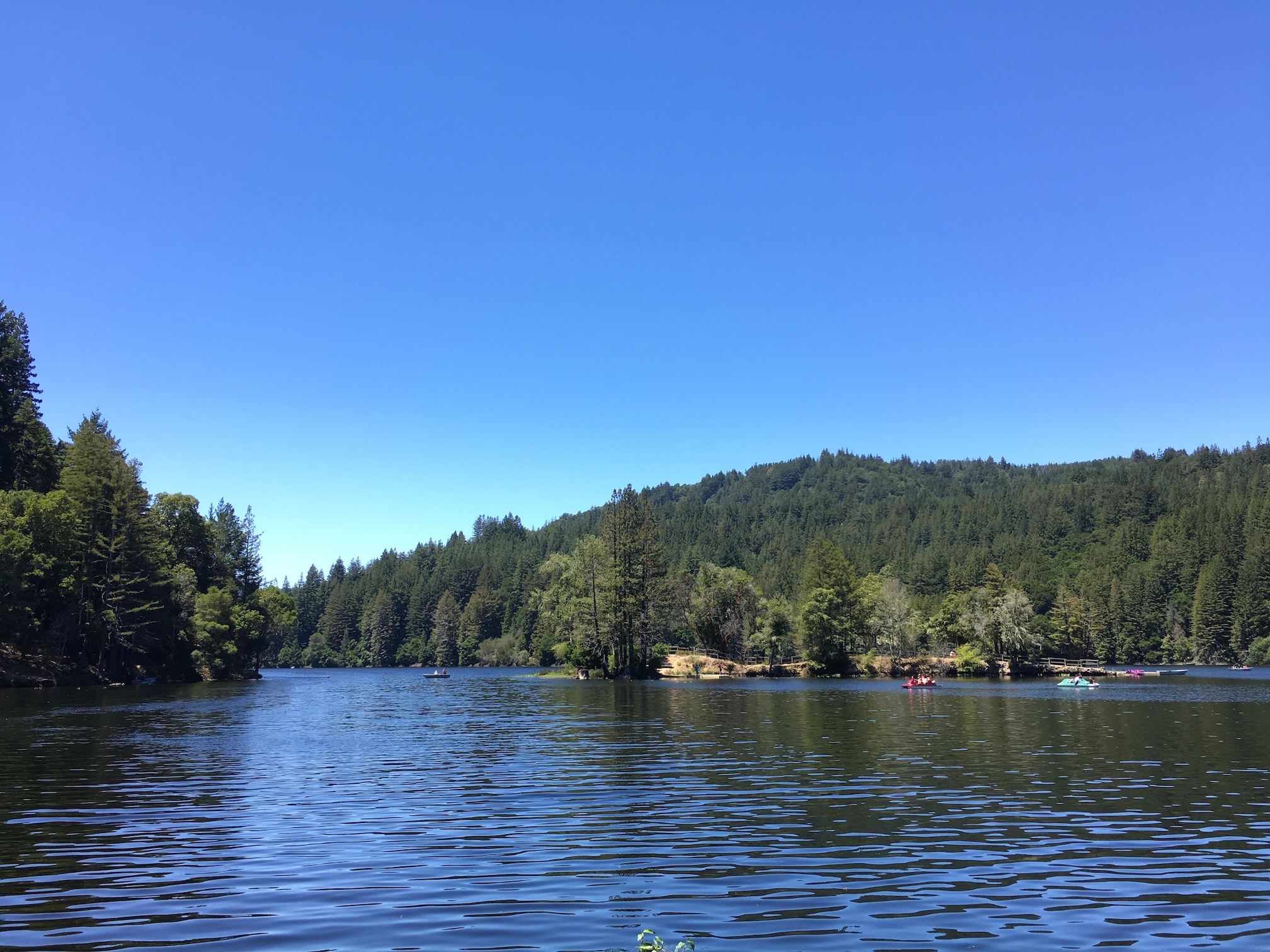 Steelhead are not the only thing collected at the diversion dam: it is also a vital part of the water system for the City of Santa Cruz, which completely relies on rainfall, runoff and groundwater. The city’s drinking water takes a bit of a rollercoaster ride. Rain falls in the watershed and collects in tributaries to the San Lorenzo, where it moves downstream until it reaches the diversion dam. At certain times of the year, water is pumped from the diversion dam back uphill to Loch Lomond, a reservoir in the Santa Cruz mountains. This reservoir not only holds the drinking water for the City of Santa Cruz, but it also offers recreational fishing, hiking and boating (but no swimming! It’s our drinking water after all…). When the water is needed, it is sent back down the mountain to a treatment facility and then to our faucets. The water we use continues its journey through the city’s waste water treatment plant, and then moves out to join the steelhead and coho in the Pacific Ocean.