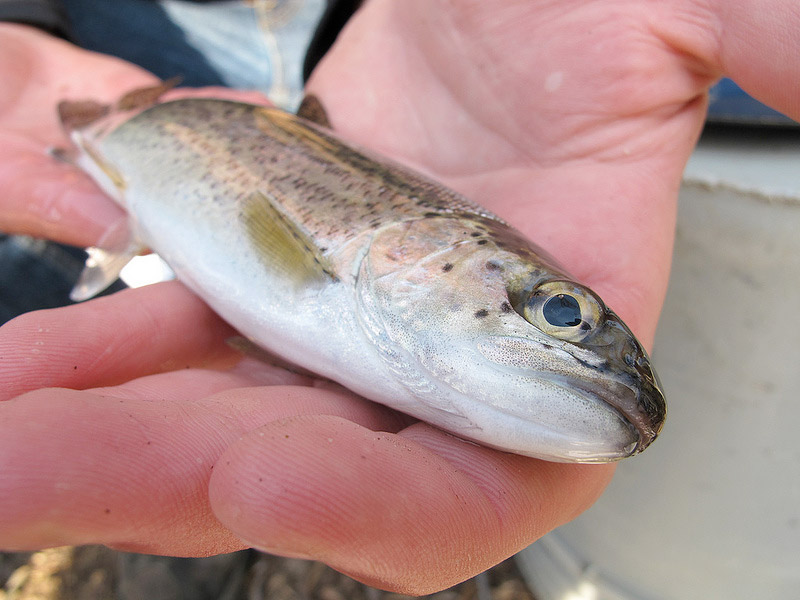 Scientists have been describing, naming, and cataloging fishes for hundreds of years. An important part of this process is assigning each fish a distinct scientific name for its genus and species. These scientific names help researchers around the world know they are referring to the same fish, which might have a dozen different common names in different regions. But these scientific names aren’t set in stone. Scientific names also reflect classification, or how different species are related to one another. As scientists learn more about fish evolution and genetics, they get a better understanding of which fish are more closely related—and sometimes this causes reshuffling and reorganizing of scientific names.

One fish that has bounced around through the scientific naming process is the rainbow trout. This fish is already tricky enough to classify, given its flexible life history strategies that result in some fish becoming steelhead that migrate to the ocean (see Rainbow trout or steelhead?). The fish that we now know as Oncorhynchus mykiss was known for more than a century as Salmo gairdneri.  The genus Salmo was first proposed by the father of classification himself, Carl Linnaeus, in 1758. Johann Walbaum first described what was then called the “Kamchatka trout” as Salmo mykiss in 1792. John Richardson described this fish again as Salmo gairdneri in 1836. After more than a century of mistaken identity, scientists decided these fish are in fact the same (Okazaki 1984). In such cases of double naming, the earlier name takes precedence, so rainbow trout became Salmo mykiss.

But wait! Scientists also concluded that the genus Salmo, which includes the brown trout and the Atlantic salmon, was not quite the right fit either. They used biochemistry and bone structure to determine that rainbow trout and a handful of relatives (cutthroat, golden, Mexican, Gila, and Apache trouts) are more closely related to Pacific salmons in the genus Oncorhynchus. So after a second round of name shuffling, the rainbow trout arrived at its current name, Oncorhynchus mykiss (Smith and Stearley 1989). Such a switch can obviously be difficult for researchers who are accustomed to using a particular name for a long time. But two decades after this particular renaming, we’ve all accepted the fact that rainbow trout are Salmo no more.