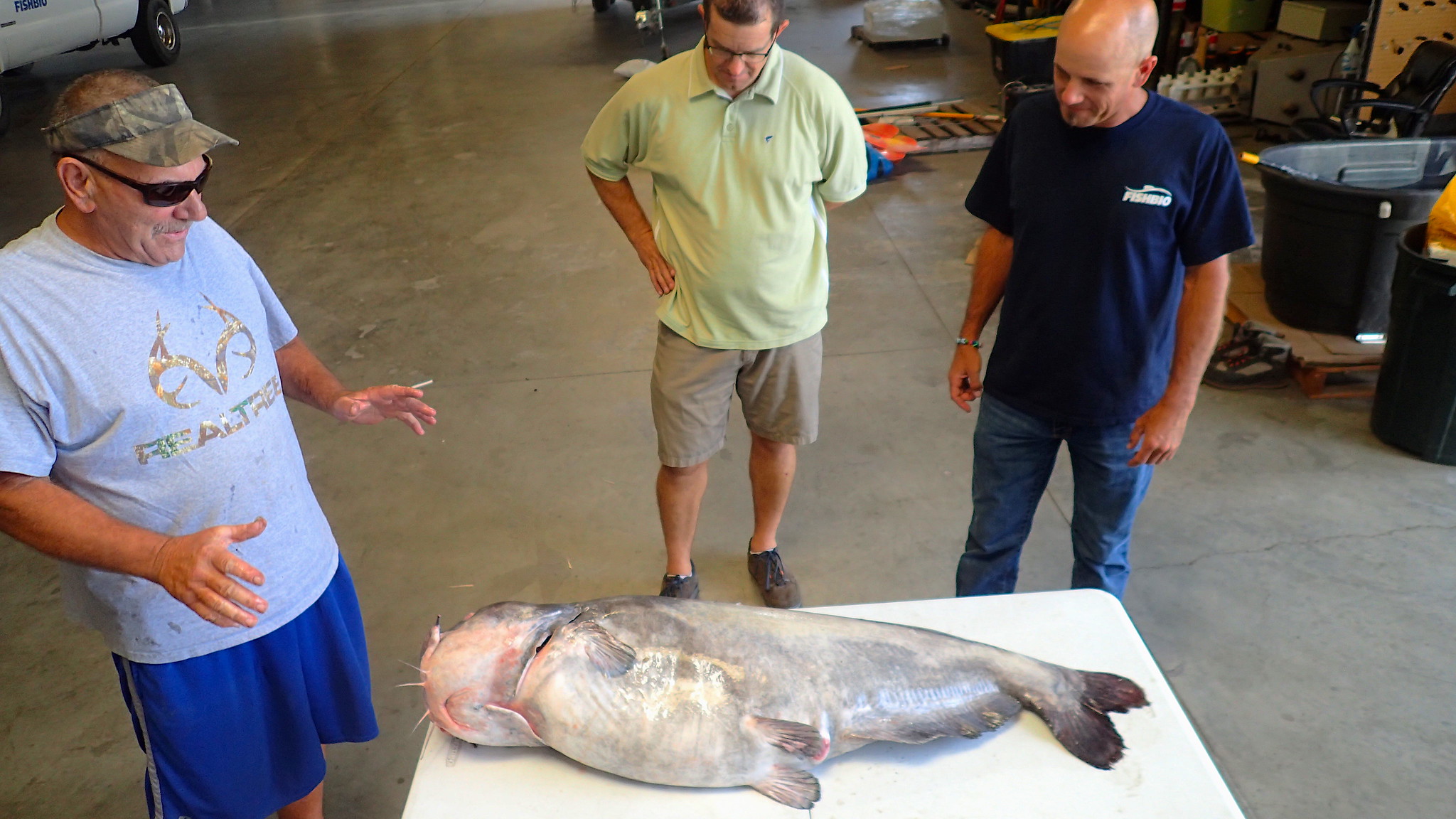 It’s not every day that a world record is broken in the realm of fishing, and it’s even rarer to see it with your own eyes. But such an instance occurred for the staff at our FISHBIO office in Oakdale, California, who were surprised on Friday August 30, 2019, with a visit from a local angler and his possibly prize-winning catch. The angler, Dennis Wann of Ceres, brought in a monster of a catfish that he had caught the previous day while fishing from a dock near the Turlock Sportsman’s Club in Crows Landing on the San Joaquin River. Dennis wanted to show us this beast and see if we could help determine its world record status. Of course, we were eager to help him out and snap a few photos with the unique specimen. 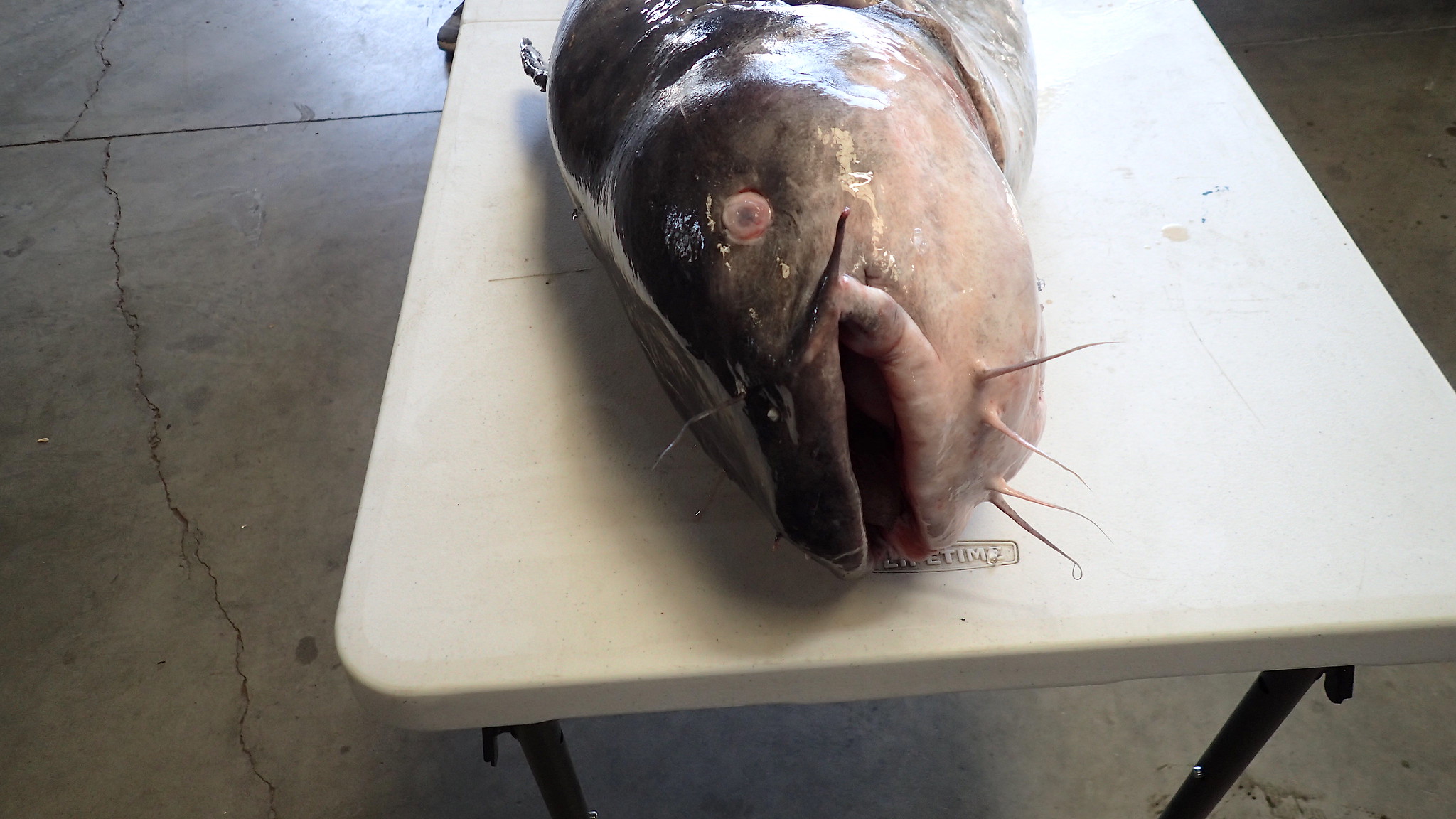 In order to determine if this was a world record catfish, FISHBIO staff took a small tissue sample that will be sent off to a lab to identify which species of catfish it was. We also took a spine from its pectoral fin in order to age the fish, which appears to be very old, judging by the eroded state of its fins and the cataracts in both eyes. We directed Dennis to the nearby House of Beef, which has a certified scale so he could get an accurate weight. They let us know that the behemoth catfish was a whopping 61 pounds! 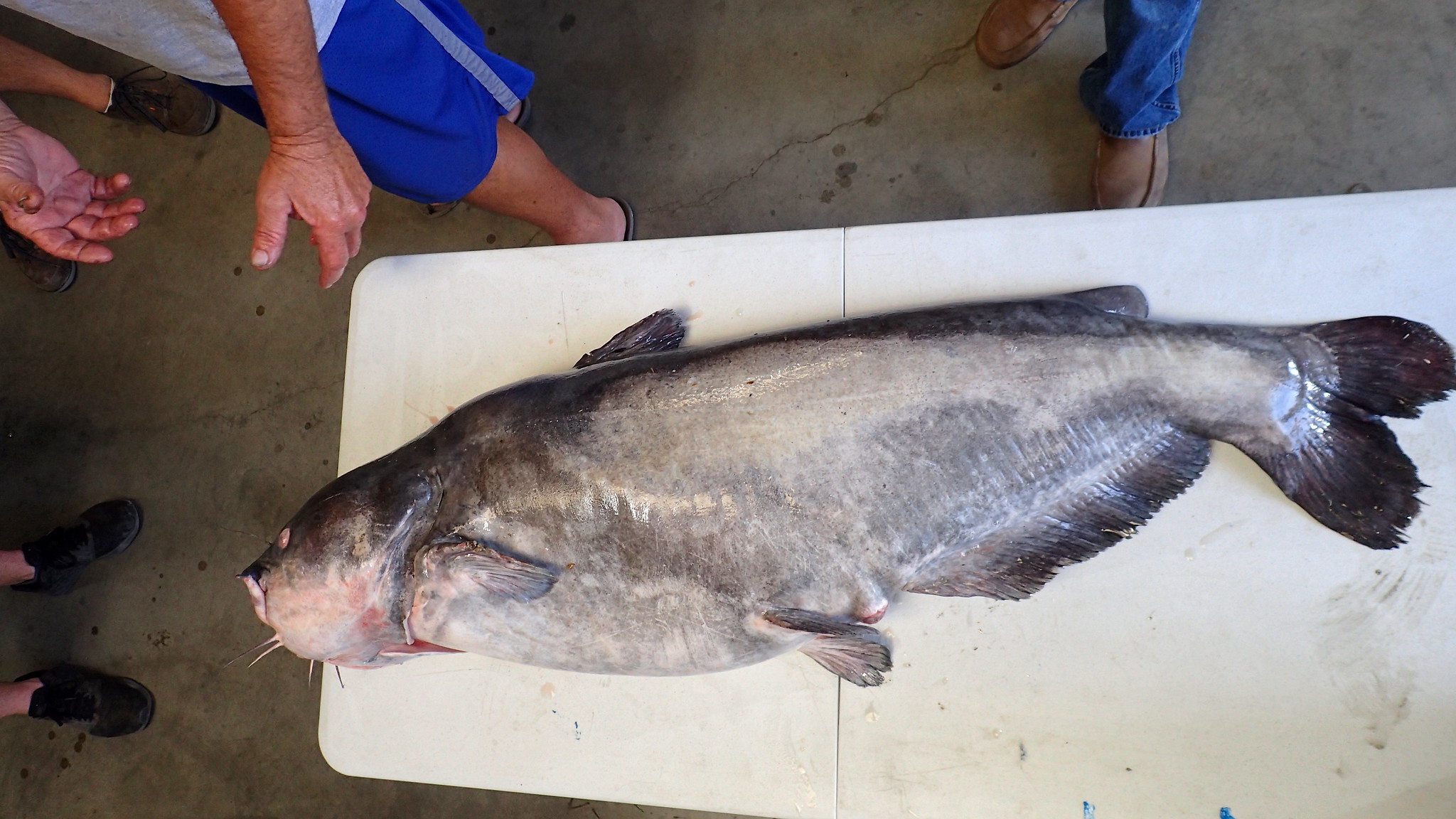 Once we get the genetic samples tested, we will know whether or not Dennis hooked a record breaker in our own backyard. Because a fish of this size can have very different characteristics from typical-looking smaller individuals of the same species, and because catfish can sometimes hybridize, we weren’t able to determine the species or its world-record status just yet. According to the International Game Fish Association, blue catfish hold the title for most massive catfish in the United States, with a 143-pounder coming out of Virginia in 2011. But in California, channel catfish are typically more common than blue catfish and the record for channel catfish is 58 pounds. So if Dennis caught a channel catfish, he hooked a record-breaker. Once the genetic samples are finalized, we will have answer to this monstrous mystery. Stay tuned in to our blog or social media for the next update! 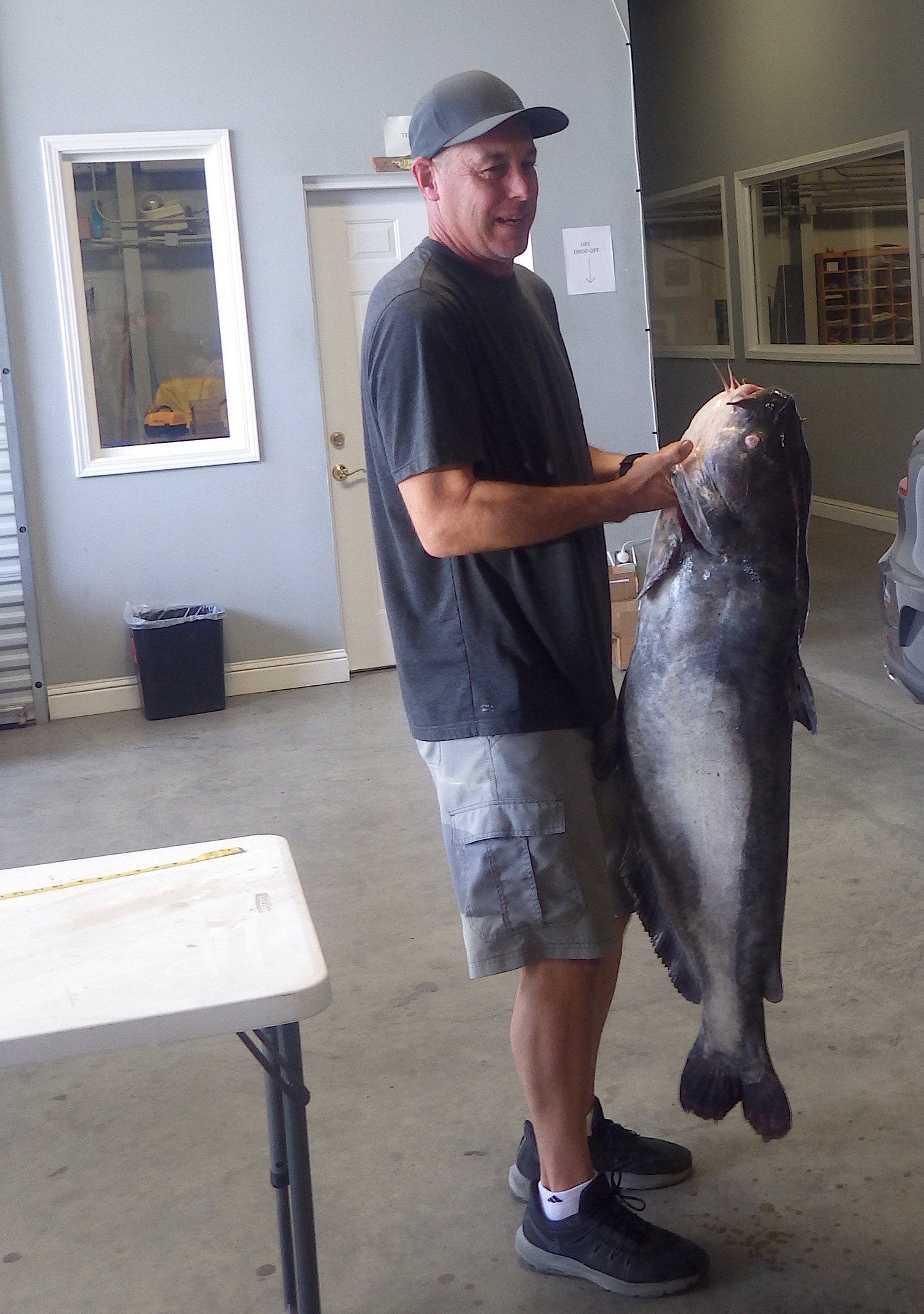