California’s waterways are highly modified with extensive diversions. A special concern when diverting water through various canals and spillways is the entrainment of fishes, which can lead to increased mortality as fishes get stranded in diversion structures. In November 2013, we concluded our fish entrainment monitoring for two diversion tunnels in California’s Central Valley. FISHBIO fabricated and installed two of the largest Passive Inductive Transponder (PIT) tag antenna arrays built to date. These two fiberglass PIT tag antenna arrays each measure approximately 14 feet by 12 feet and weigh over 500 pounds each.

This study was hugely successful: the ingenuity and skill of our fabrication specialists enabled us to monitor a large cross-sectional area using PIT tag technology. Both PIT tag antenna arrays operated from October 2012 to November 2013 (approximately 9,114 hours) and functioned more than 97 percent of the time during the monitoring period, even when withstanding flows of up to 1,000 cfs. Both arrays were powered by propone-powered thermoelectric generators from Global Thermoelectric, and were outfitted with tuners and readers from Oregon RFID. Focal species for this study included rainbow trout (Oncorhynchus mykiss), brown trout (Salmo trutta), and Western pond turtle (Actinemys marmorata). The detection efficiencies varied between the antennas, but generally exceeded the anticipated rates of detection.

At the end of the project, FISHBIO staff were on hand to remove the arrays from each tunnel using a crane and several power tools. The design of these arrays, which consists of separate antennas stacked on top of each other, allows researchers to use them as a combined antenna array or use each antenna separately. Currently, these arrays are at work on a new project monitoring fish in the Feather River Watershed. 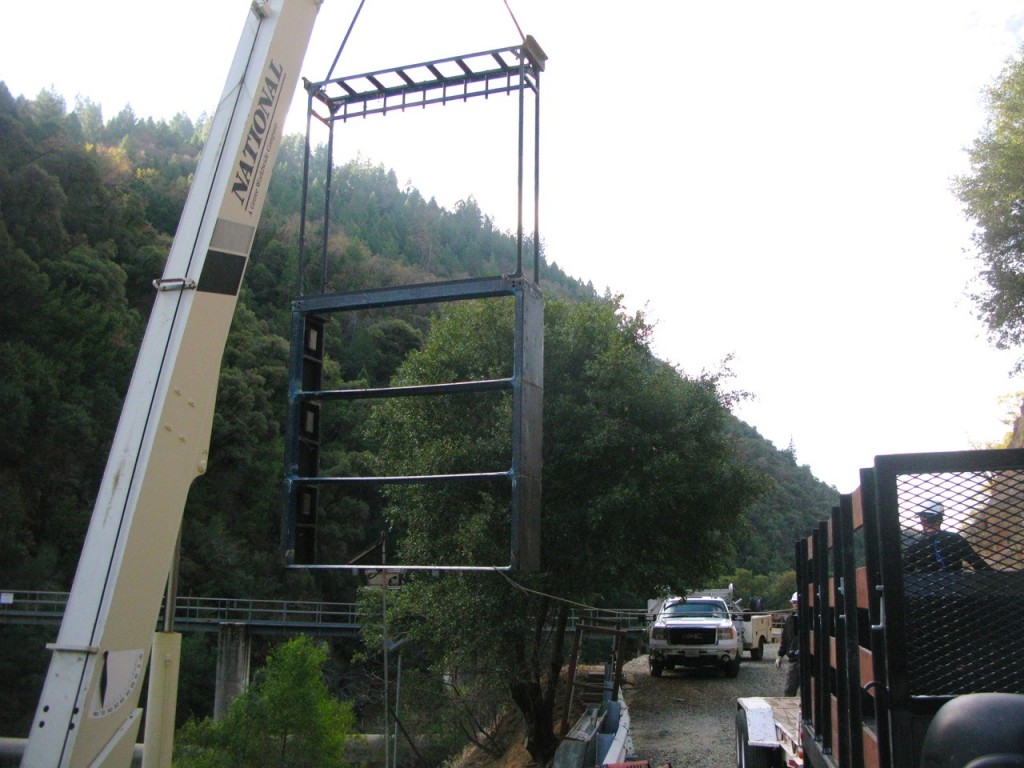