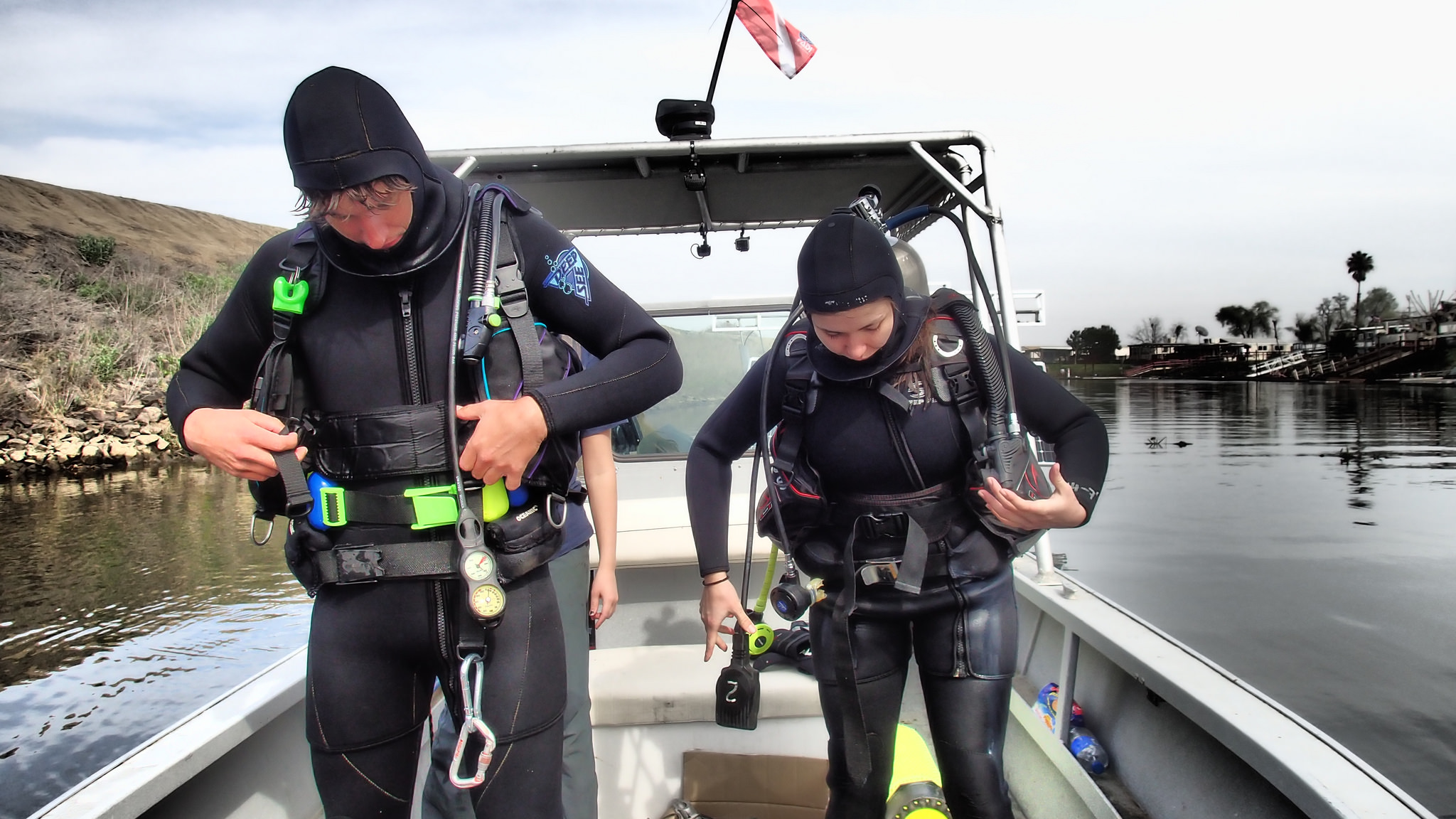 Our staff often find themselves needing to jump into challenging environments. This happened recently, when FISHBIO was offered an opportunity to assist in a collaborative effort to install a new kind of PIT tag detection system in the San Joaquin River. This PIT tag antenna array is part of a study, aided by Real Time Research, and funded by the NOAA Fisheries Southwest Fisheries Science Center, to monitor the out-migration of PIT-tagged juvenile salmonids in a large, open-water environment such as the Sacramento-San Joaquin River Delta. Biomark, a manufacturing company specializing in PIT technology, designed the system but needed assistance installing it. When asked if FISHBIO could supply a boat captain and a diver to aid in the effort, we were eager to dive in! 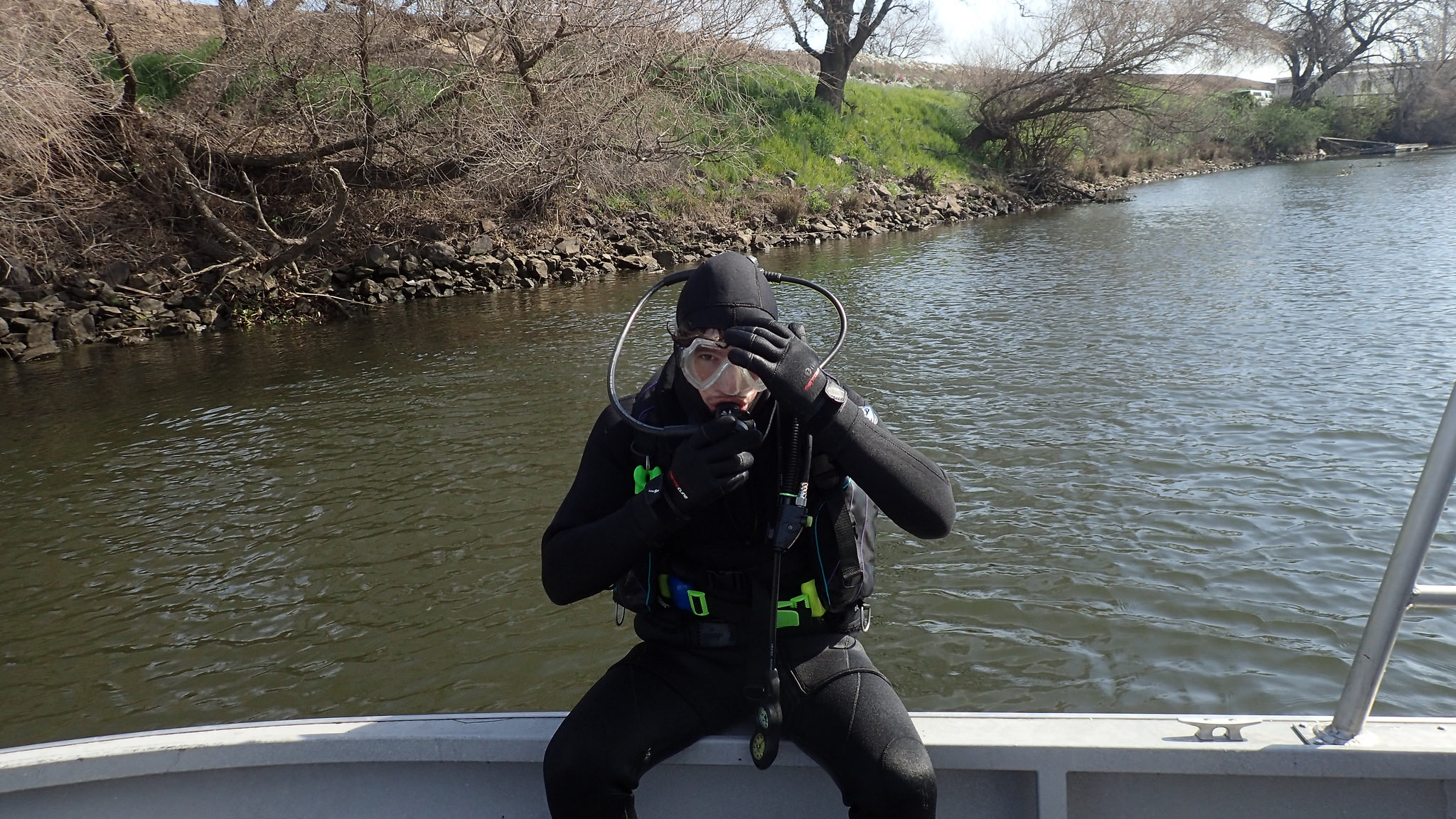 The whole system is comprised of two parts: an underwater PIT tag antenna array, and a floating barge mounted with hydrofoil antennas. FISHBIO’s job was to submerge the underwater antenna in the deepest section of the channel and anchor it into position with the barge stationed directly above. Much easier said than done, since diving conditions in the San Joaquin were less than favorable! Diving in the San Joaquin River can be considered challenging at the best of times, with severely limited visibility, frigid water temperatures, persistent current, and troublesome tidal changes. To add to the complications, divers needed to carry excess weight to compensate for the heavy current, utilize a heavy underwater jackhammer, and try to avoid getting tangled in a myriad of hidden underwater obstacles such as rope, chain, hoses, straps, and the antenna itself. All of these factors combined can quickly lead to a diver’s worst nightmare. 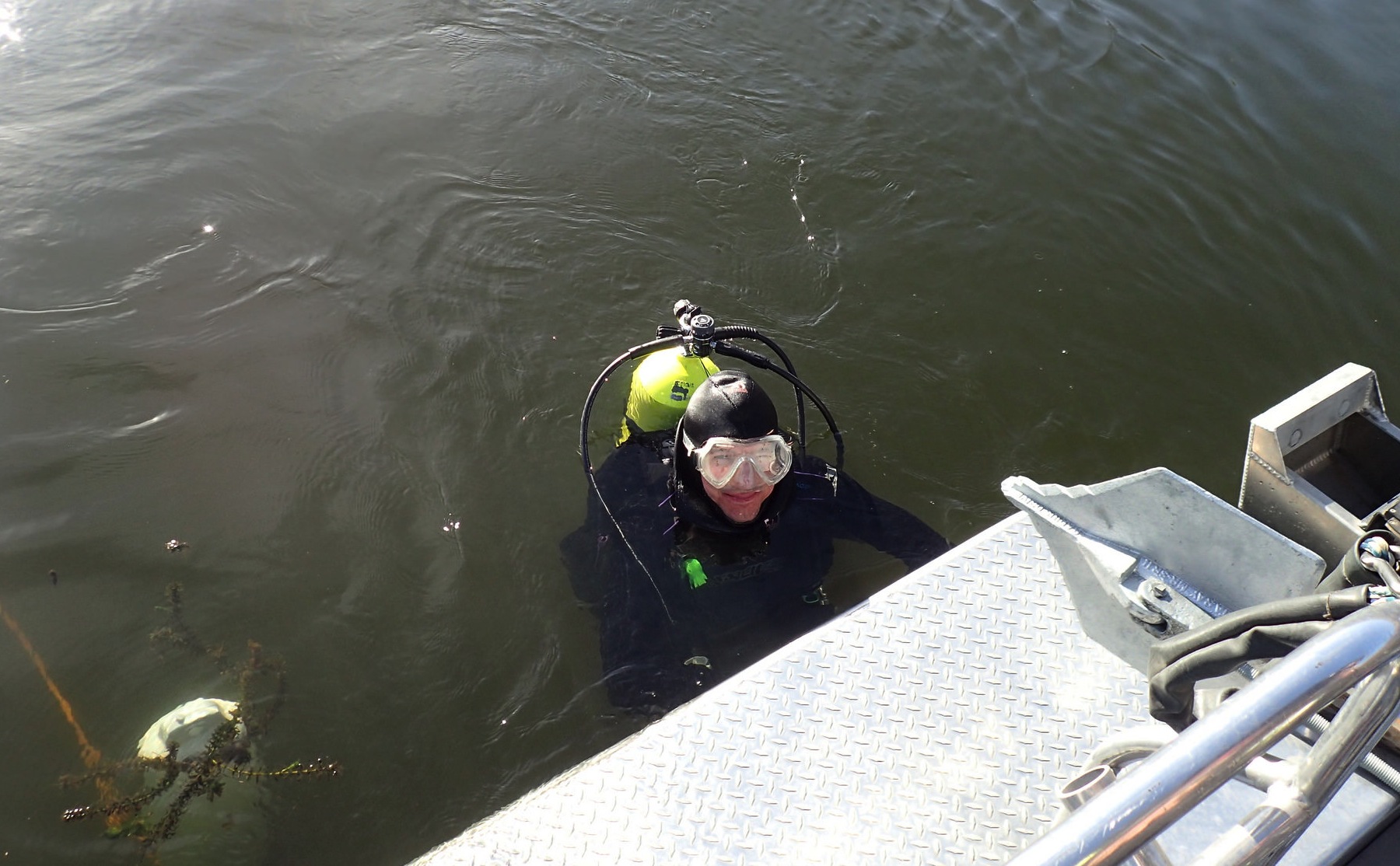 After a week’s worth of dives, our mission was accomplished. The PIT tag detection systems are now secured to the riverbed and are working effectively. Thousands of tiny Chinook salmon can now be monitored during their downstream journey through the Delta thanks to all parties involved. In particular, without the help of divers, it’s safe to say this project would have been sunk.