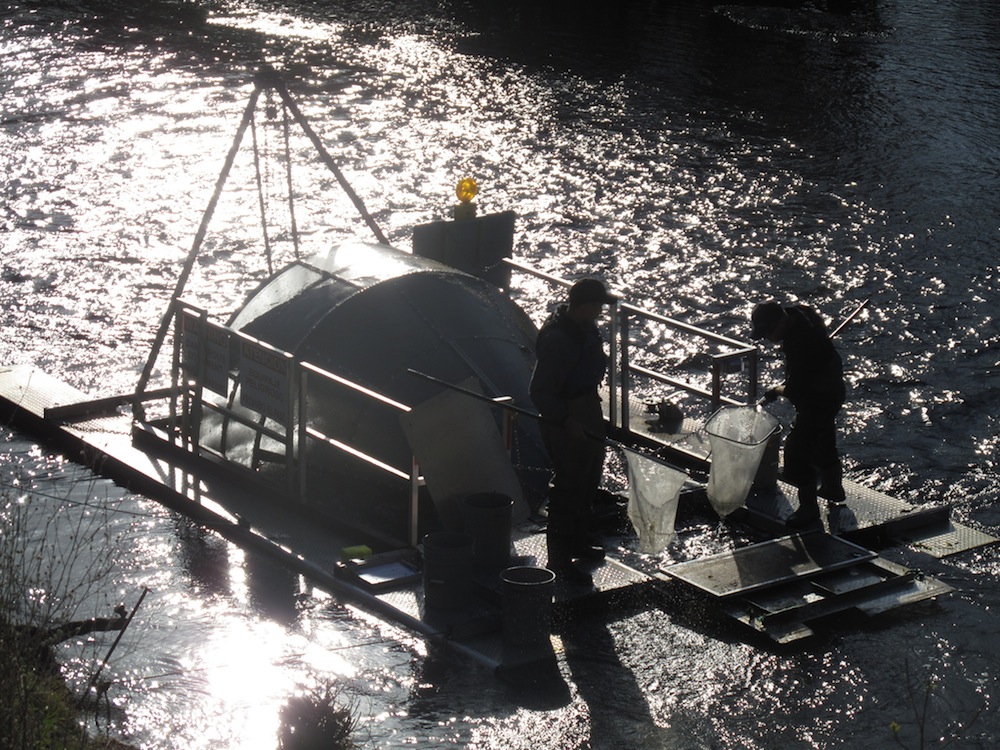 It’s a new year and our outmigration monitoring program is underway. Here’s a look back at a post that explains how we count migrating juvenile salmon.

Each day, FISHBIO staff will visit our trapping sites to identify and count each species of fish captured in the trap, with a focus on the juvenile salmon. We measure the lengths of a sample of fish from the daily catch throughout the season and use the information to determine size at migration.  The trap only samples a portion of the river, so we also conduct experiments to test the efficiency of the trap by marking a known number of fish with a distinguishing mark on their tail fins, and releasing them upstream of the trap. The percentage of marked fish that are recaptured in the trap are an indication of the percentage of all the migrating juvenile fish that we are capturing on a weekly basis. After conducting these experiments multiple times throughout the year, we are able to estimate the total number of young fish hatched from eggs laid by the adult Chinook salmon that spawned during the previous fall. That’s our juvenile salmon monitoring work in a nutshell – but sometimes, it’s easier to just say, “We count fish.”