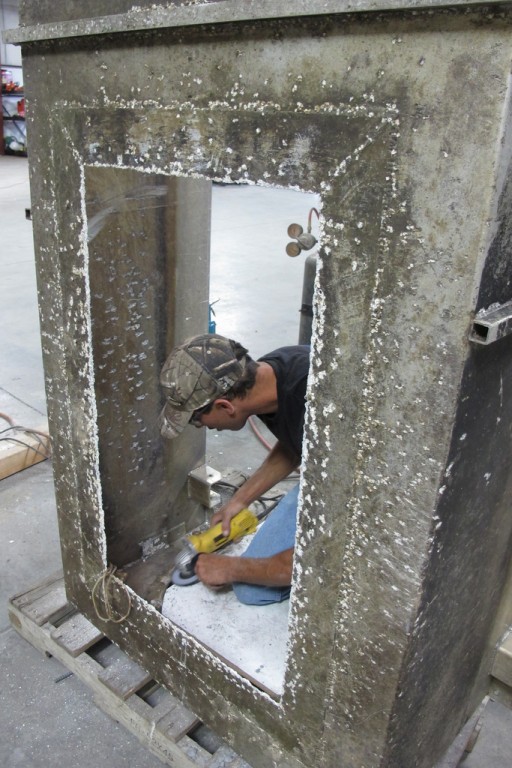 Monitoring fish populations requires the use of many different types of specialized equipment. One of the most prevalent devices used for monitoring salmon has been the trusty rotary screw trap (RST). First designed and used in the late 1980s by the Oregon Department of Fish and Wildlife, RSTs have been used in the San Joaquin Basin to enumerate the outmigration of juvenile salmonids since the early 1990s. While the basic RST design has stayed the same (a rotating cone positioned in the river current to guide fish into a livebox), FISHBIO has continued to modify it to improve the practicality of using RSTs in a variety of locations for extended periods of time.

Many of the RSTs that we use at FISHBIO spend 10 months of the year in the rivers we monitor, exposed to the extremes of cold winters and blistering summers. But the river itself adds another environmental factor: when metal is submerged in water, it becomes susceptible to rust or corrosion. Our Fablab has tried a variety of different materials to improve the durability of the RSTs, but each material has its drawbacks. Currently, the cone portion of the trap is made of a stainless steel mesh, while the livebox and the pontoons that float the trap are made of aluminum.

The durability of aluminum allows a product to withstand the elements for extended periods of time and its light weight allows the RST to be carried by hand (or crane, in this case) to remote locations. Aluminum is also considered one of the most rust-resistant metal alloys; however, aluminum does corrode over time when exposed to prolonged contact with water. The corrosion of aluminum is not uniform and typically results in “pitting,” or the formation of small holes created by the corrosive reaction of water and metal. This corrosive reaction is further catalyzed by agricultural and storm runoff, which add chemical compounds to the river water.

The livebox in this picture came from the Calaveras River and had extensive pitting. After a day of grinding in the Fablab, it became clear the livebox was not salvageable. The mesh bottom that allows water to pass through freely was no longer usable, and some of the pitting had eaten completely through the metal – which, if left to further corrode, might allow small fry to escape. Rather than try to patch each of the holes, the Fablab crew reconstructed the housing for the livebox out of new material and attached it to the pontoons and cone. This repair was completed just in time, and the RST is back at work on the Calaveras River, ready for juvenile salmon and trout.