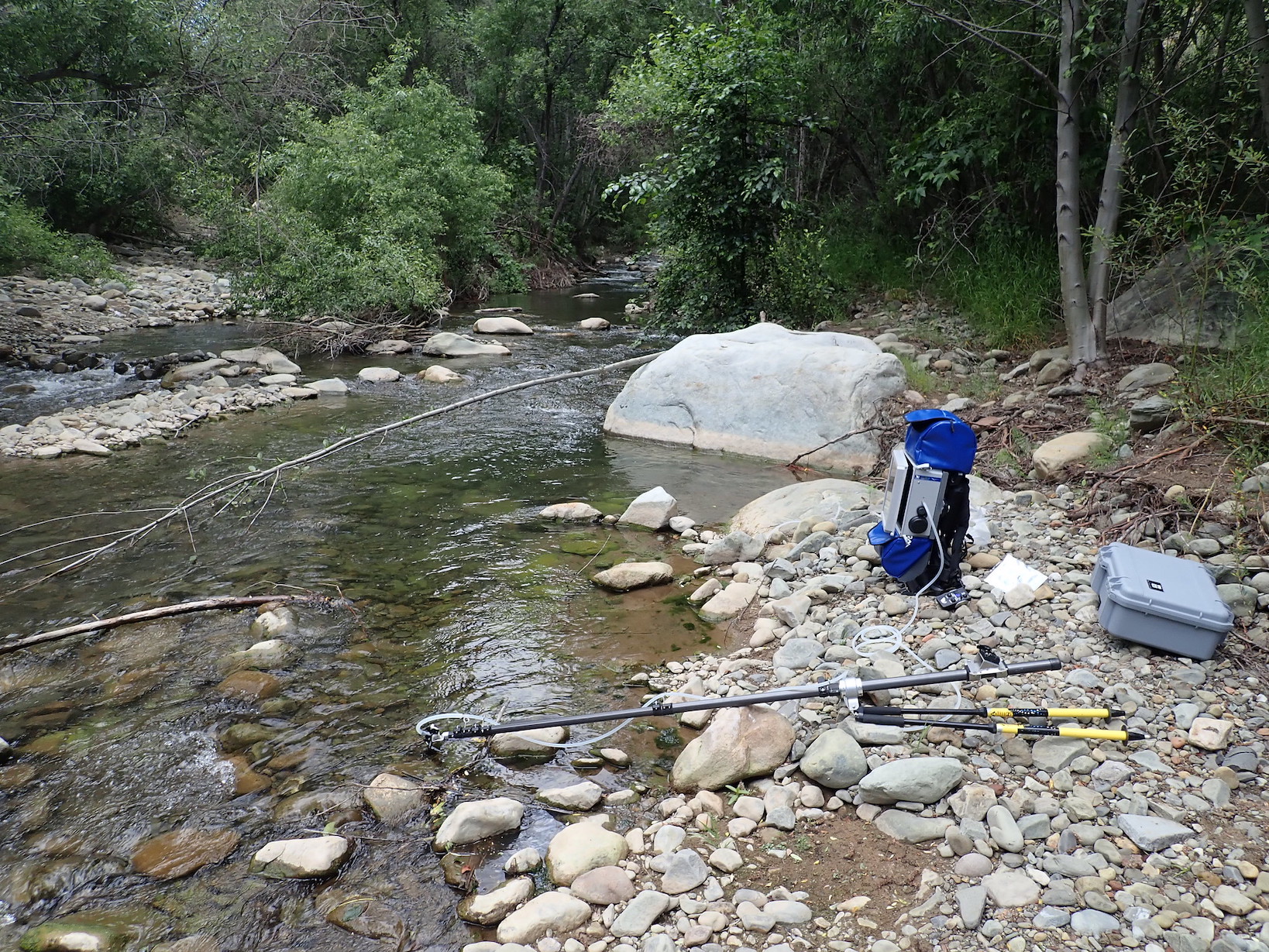 If uncoiled and stretched to its full length, the DNA contained in a single human cell would be about two meters long, and the total length of all the DNA in a human body would span twice the diameter of the solar system! This astonishing abundance of genetic material means that living organisms are constantly shedding a massive library of genetic data into their environment in the form of sloughed off cells as they go about their lives, thereby providing a molecular trail of breadcrumbs for scientists to follow. This DNA that exists outside of an organism is known as environmental DNA, or eDNA, and a rapidly growing field of science is focused on the detection and analysis of these molecules. Environmental DNA represents a particularly powerful tool in aquatic habitats, where taking a water sample can help detect fish species that are rare or difficult to sample with traditional methods, determine which fish species are spawning in a given area, detect nearby terrestrial animals, and much more. To overcome the challenges of detecting and analyzing eDNA, scientists are developing, standardized approaches, such as a new eDNA sampling backpack, that allow for more accurate and precise results.

Similar to other innovations in fish sampling technologies, such as early prototypes for electrofishing systems, scientists working with eDNA have been exploring various methods using modified tools that were built for other purposes. For example, some protocols have required taking large volumes of water back to the lab for processing, whereas others have required filtering water in the field using home-made or repurposed filtration systems. Although these experiments have yielded insightful information, the lack of standardization among a variety of approaches and equipment makes it difficult to compare the efficiencies and results of various studies. In an attempt to address this issue, Smith-Root, Inc. has created a purpose-built eDNA sampling system. The ANDeTM Sampling Backpack is modeled on their backpack electrofishing systems, and a recent publication describes the process through which it was developed (Thomas et al 2018). 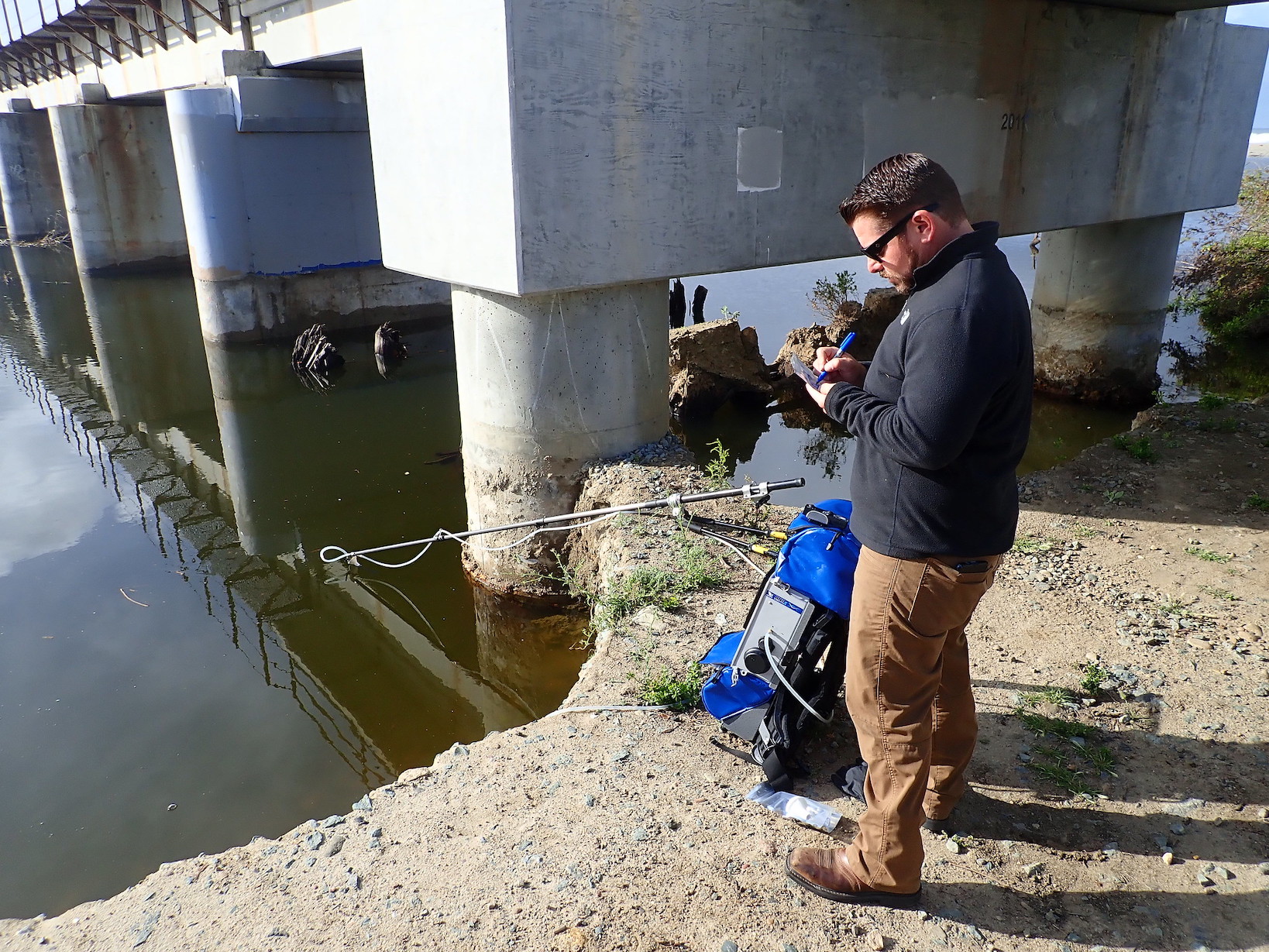 This intelligent pump system can regulate water filtration based on input from multiple sensors, allowing the user to control important variables that may affect eDNA detection, such as pressure, filtration rate, sample volume, and filter size. As part of their development process, the Smith-Root biologists evaluated each of these variables and provided recommendations on how to achieve the best retention of eDNA on the filters. FISHBIO recently tested out  the ANDeTM system as part of  habitat surveys in southern California streams in an attempt to detect federally endangered Southern California Coast steelhead (Oncorhynchus mykiss). Using traditional seining, snorkeling, or electrofishing approaches in these streams would require crews to sample many sites in difficult-to-access areas and would inevitably disturb these endangered fish. Instead, collecting water samples for eDNA analysis at just a few key locations over the course of several months will allow FISHBIO biologists to non-invasively and efficiently determine if and when O. mykiss are present in the system. This new tool promises to be a valuable asset in FISHBIO’s arsenal of fisheries sampling equipment and will allow for a novel approach to the study and monitoring of important fish species.