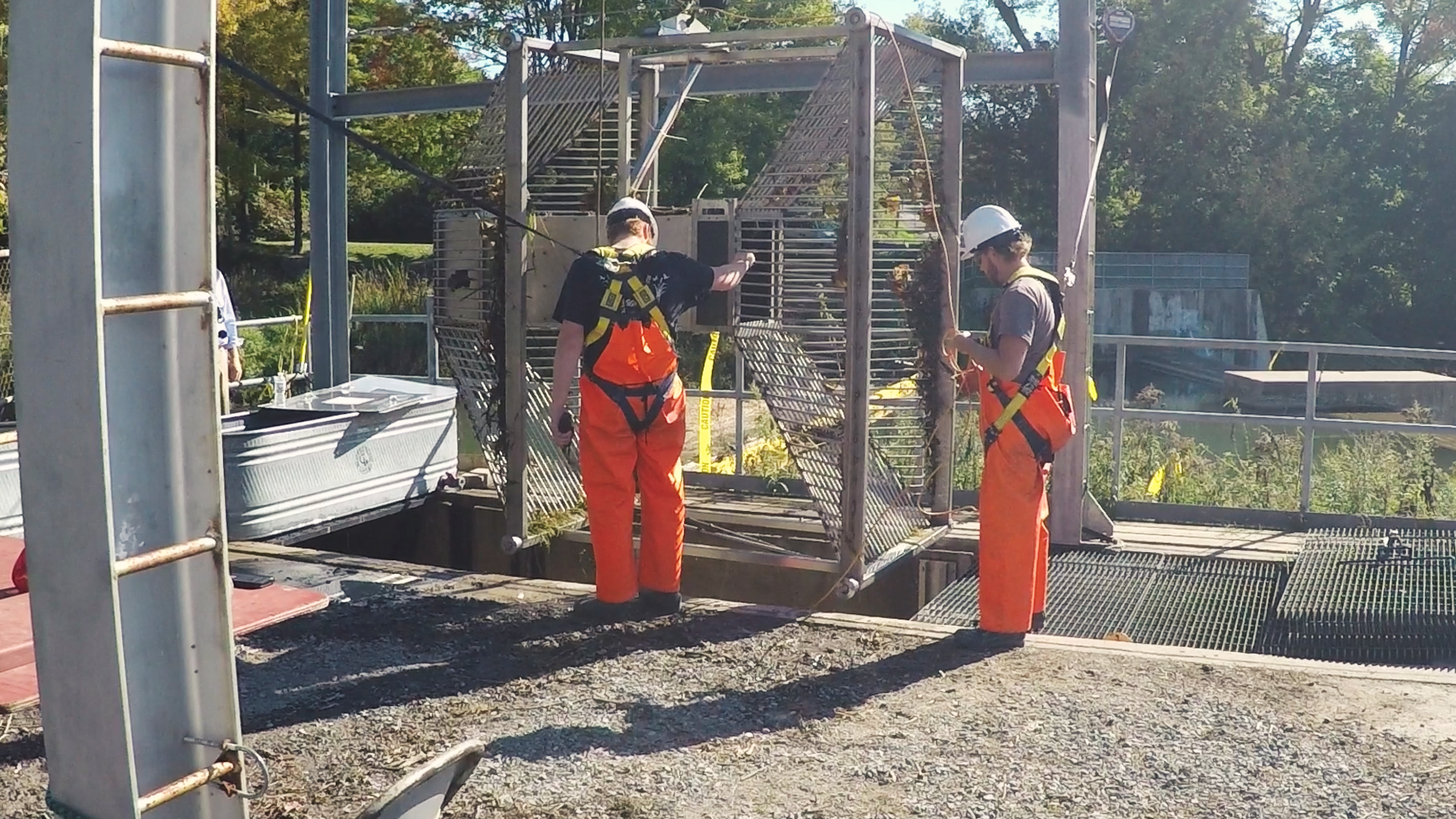 More than 300 Vaki Riverwatchers have been installed to count salmonids in rivers around the world since the late 90s. That number grew in October of 2016 when the Canadian province of Ontario installed its first Riverwatcher fish counter, which is being used to monitor salmonid passage at Corbett’s Dam on the Ganaraska River. The Lake Ontario Management Unit (LOMU) of The Ontario Ministry of Natural Resources and Forestry (OMNRF) funded the purchase and installation of the equipment to collect data on native Atlantic salmon, as well as non-native Coho and Chinook salmon and steelhead. Chinook salmon were introduced into Lake Ontario and the other Great Lakes in the 1960s to control the proliferation of alewife, which were fouling beaches due to large population die-offs. The stockings were wildly successful, and a salmon sport fishery was created. Steelhead/rainbow trout have been introduced all over North America as another popular sport fish.

The Riverwatcher can help LOMU biologists document counts of fish passing upstream and downstream, fish condition, species, size, presence or absence of adipose fins (with clipped fish suggesting hatchery origin), presence or absence of external tags, passage timing, and sex. All of this information was traditionally collected by hand using an upstream trap that agencies also used to collect Chinook salmon for hatchery spawning activities. However, these trapping events were few and far between, which left gaps in the fish count data. While the ministry has an electronic counter that they used to fill in the fish count gaps, that counter did not differentiate between the various salmonid species. Specifically, the old counter could not differentiate between a potential Atlantic salmon passage and the other salmonids that migrate through the Corbett’s Dam fish ladder. The Riverwatcher will give them the ability to continue to collect this information 24 hours a day without the need to handle fish, and can provide species-specific data that is crucial for Atlantic salmon restoration efforts. Following the installation of the Riverwatcher, our staff traveled to the Ontario to provide training on Riverwatcher operation, and data analysis – check out our latest video to see some highlights!