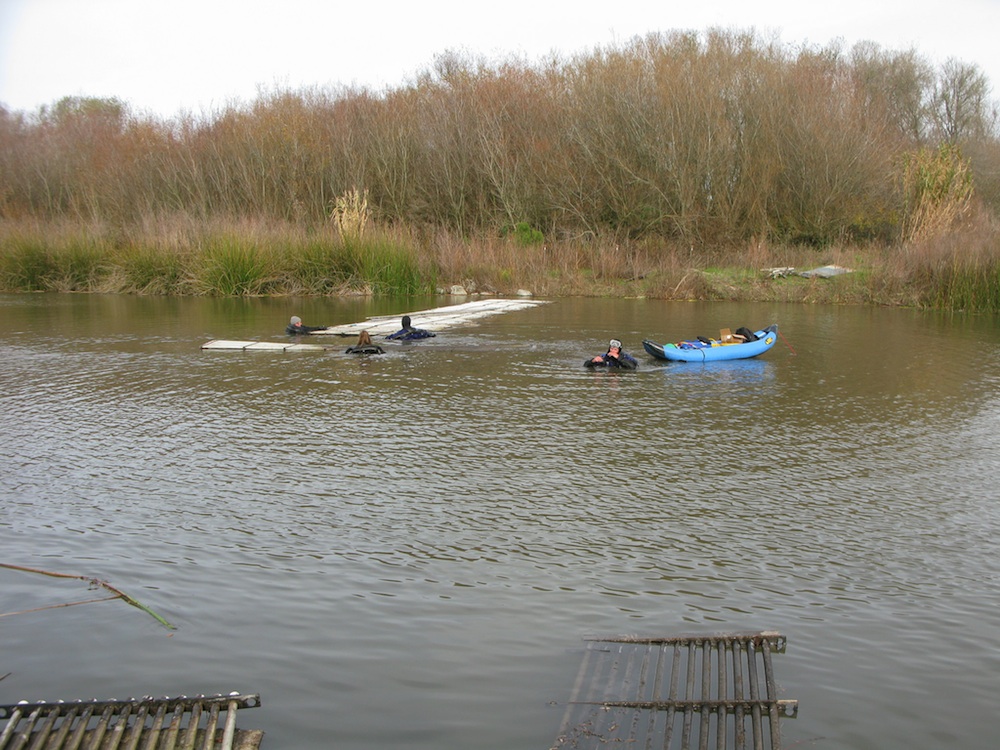 Steelhead can live in the Salinas River watershed, but their ability to access this habitat depends largely on the rain forecast and river water levels. While the main-stem Salinas River is not ideal habitat for adult steelhead spawning, small reaches of suitable habitat exist in Santa Margarita, Nacimiento, and possibly San Antonio rivers in some years, as well as in Estrella Creek. Plentiful, good quality habitat exists in the Arroyo Seco River, but this river sometimes flows underground (see Fish in a Dry Stream), which is a nonstarter for migrating fishing. Thanks to monitoring data we’ve collected at the Salinas River weir, we know that adult steelhead migrate after naturally occurring freshets in river flow produced by heavy rainfall in the Salinas Valley’s drainage basin. Adult steelhead can begin their migration in either the ocean (when there is an opening in the estuary sandbar), in the Salinas River lagoon (fish with an estuary-run life history), or in Elkhorn Slough. Each of these migration origins poses challenges to making the difficult journey upstream to spawn. 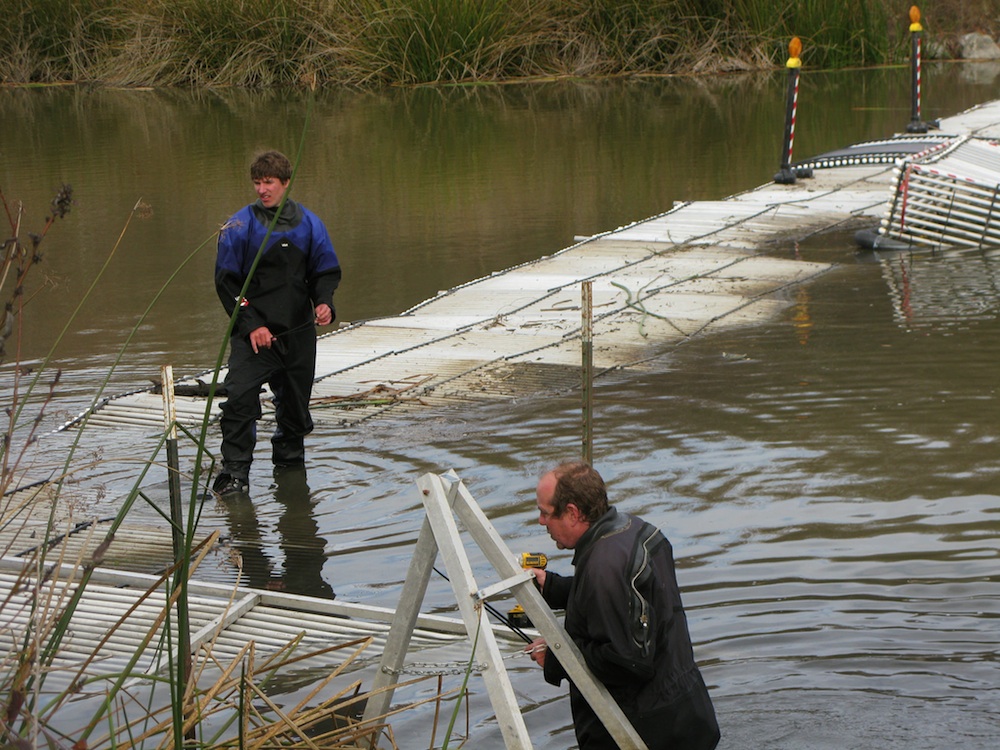 During moderate or wet precipitation years in the Salinas River Valley, the river flow is typically sufficient to sustain an opening in the estuary’s sandbar, which allows steelhead to enter the Salinas River from the ocean. However, during years of low rain (such as drought years), the sandbar remains closed. It is assumed that anadromy, or migration from the ocean, is non-existent during these low water years. However, estuary-run steelhead may still be present in the Salinas River lagoon, and may migrate upstream to spawn after a year or two of residing in the lagoon. Additionally, the resident fish (rainbow trout) that spend their entire lives in the upper river and its tributaries like the Arroyo Seco River are important to overall viability of the rainbow trout/steelhead population in this region that often exhibits unfavorable conditions. 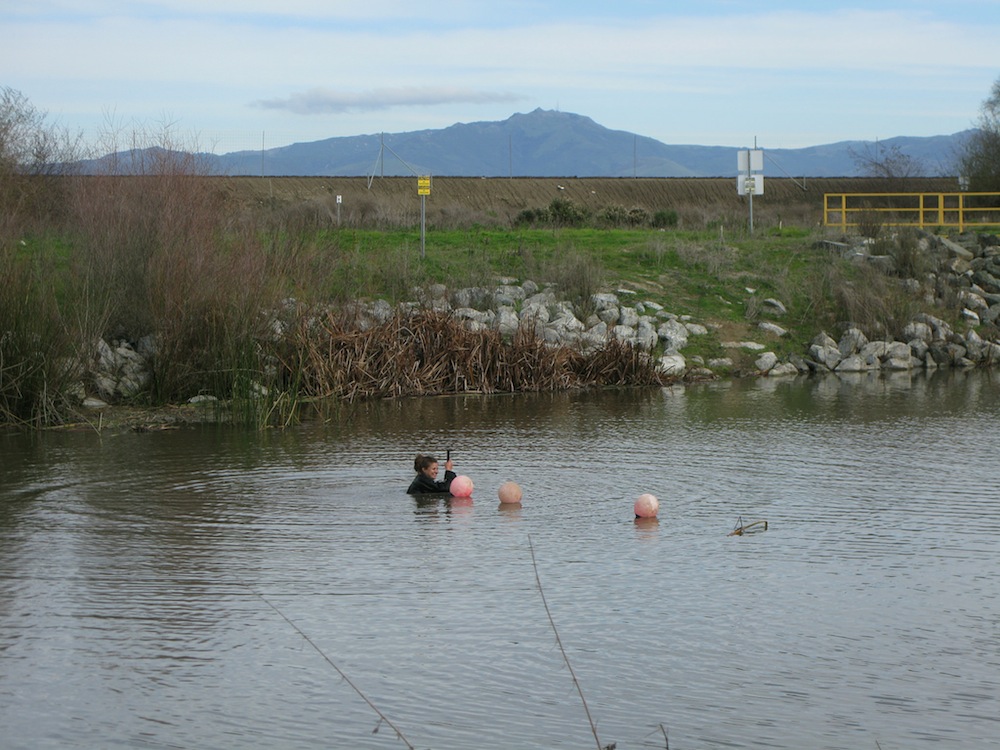 In recent years, the ongoing drought and resulting lack of flow in the river have created poor or no opportunities for upstream adult steelhead in the Salinas Basin; therefore, we did not monitor fish movements with the Salinas weir and Riverwatcher during the 2015 season. However, with 2016 promising to be a much wetter year, we anticipate the main-stem Salinas River connecting to both the ocean and its upstream spawning habitat, which will allow adult steelhead to migrate. In mid-January, we installed the Salinas weir and Riverwatcher in their usual location –although the high water conditions called for a little improvising. Depending on flow and connectivity conditions, we plan to operate the weir and Riverwatcher through the end of March to document any steelhead that may be moving through.