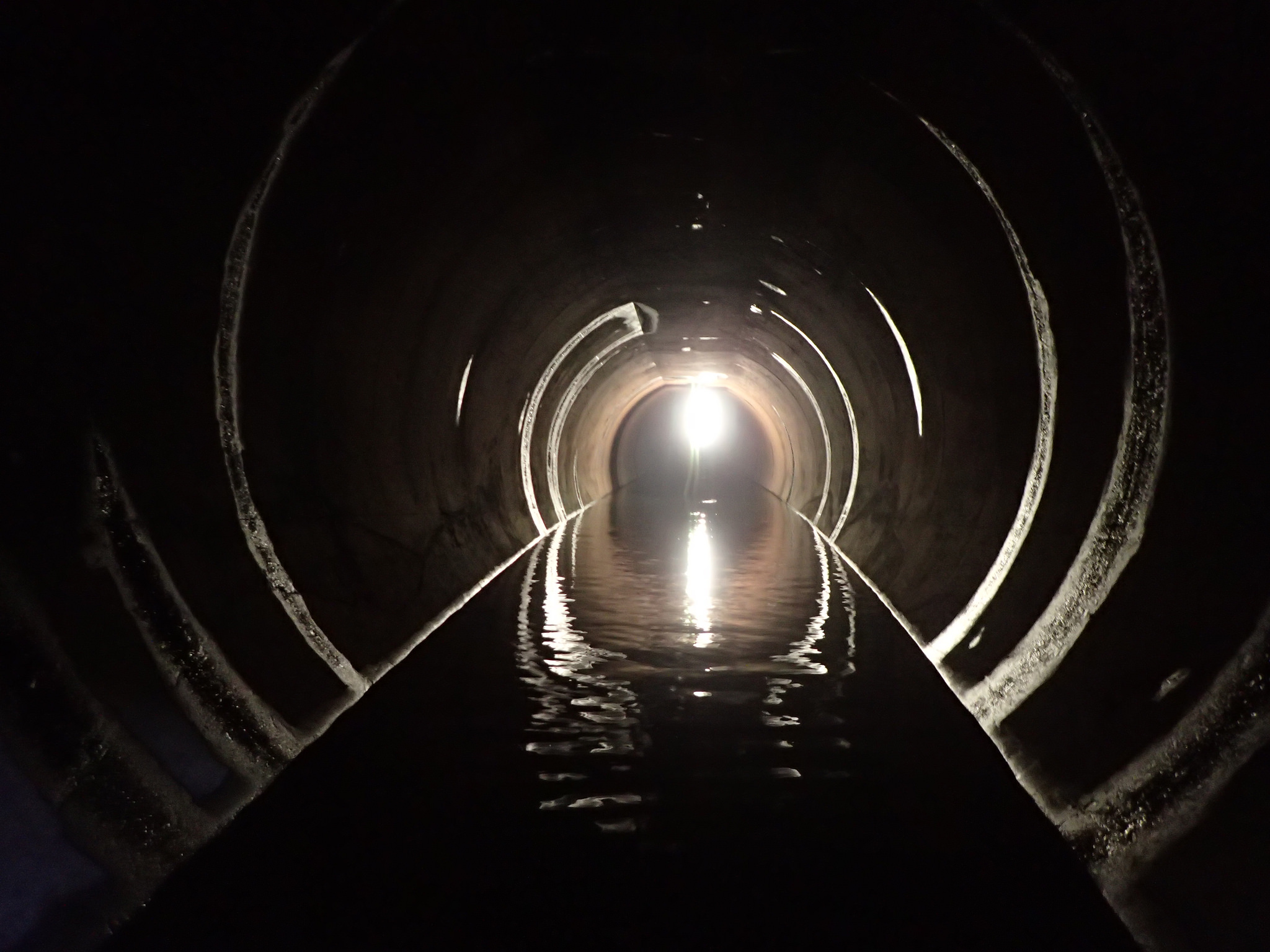 We’ll go to great lengths to rescue fish, even when it takes us to unexpected places. When we got a call from the Modesto Irrigation District to remove stranded fish from the Tuolumne River’s north bank tunnel, we knew it would be interesting. The main canal tunnel near the town of La Grange is a 16-ft. diameter concrete pipe that is more than a mile long. Both ends of the pipe travel at a downward angle and meet at a low spot, 1,200 feet from the west entrance. The tunnel, which was undergoing routine maintenance, was mostly drained of water, but some fish were stranded in a pool eight feet deep at the low spot of the canal.

On the day of the rescue, we went over the salvage plan and safety procedures with the help of MID. Then we watched as a utility terrain vehicle (UTV) carrying our 12-ft. jon boat descended into the pipe. We felt like it was never going to reach the water.  Every sound was amplified by the echo of the tunnel, even when the UTV was just a small blinking light a quarter of a mile away. When it returned from dropping off the boat, we loaded the rest of our gear into vehicle, but this time we followed it into the tunnel. Once we reached the water, we loaded the jon boat with three large ice chests, outfitted with aerators, along with seine nets and scoop nets. We rowed across to the other side of the pool, dropping a seine net in the middle where it was shallow enough to stand. We then worked our way up into the tunnel and corralled the fish into increasingly shallow water. 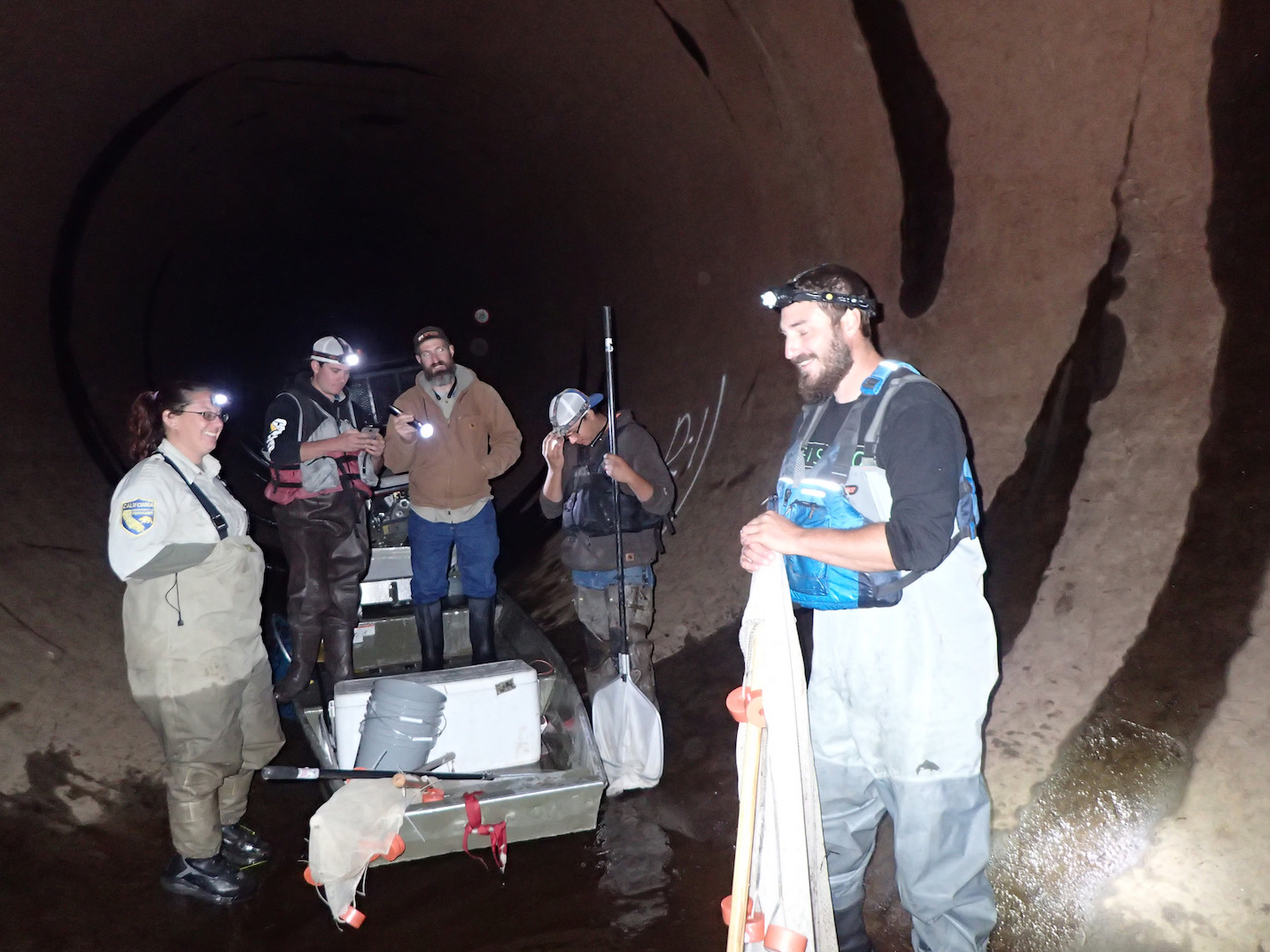 Working in the dark with only the light from our headlamps, we could feel the fish bumping into us as we shuffled our feet along the curved walls of the tunnel. When we got to a point where we could easily scoop up the fish, we caught and transferred them into the ice chests, and ferried chests full of fish back to the UTV. Once we emerged out of the tunnel back into daylight, we transferred the fish into a 350-gallon holding tank in the back of the FISHBIO truck. After repeating this process throughout the day, we rescued a total of 997 rainbow trout, six sculpin, three bluegill, and a green sunfish, which we released into their new home in the Modesto Reservoir. It’s not every day you get to carry a thousand fish out of the dark!