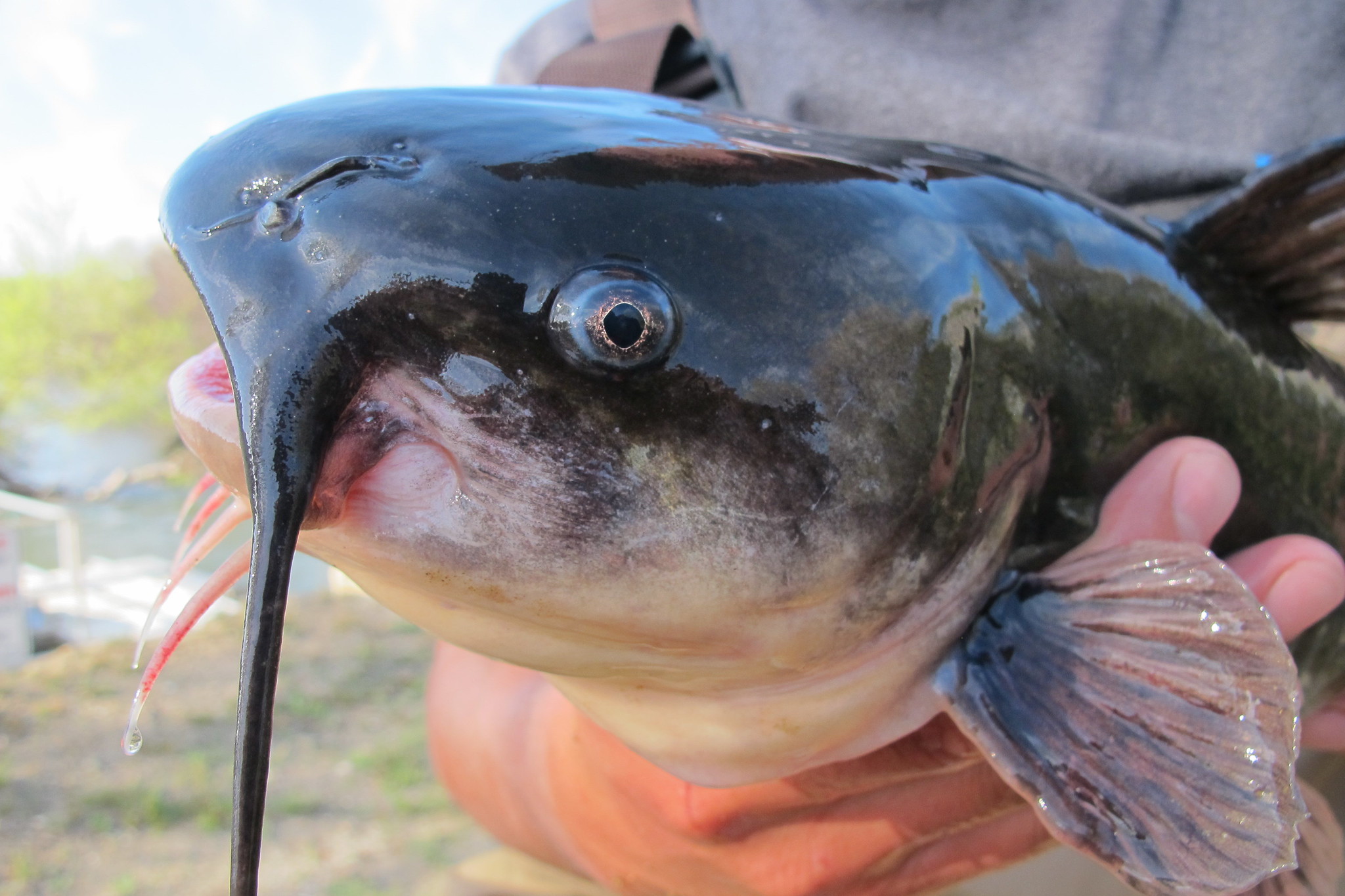 If you can think of a way to catch a fish, chances are a fish biologist has probably tried to use it as a sampling method, no matter how crazy. Studies have used hook and line, nets of all shapes and sizes, poisons, and even some Wile E. Coyote-esque approaches involving dynamite. Through the scientific process – and a good bit of trial and error – sampling methodologies have become more efficient and less destructive over the years. One of the more interesting methods that is popular in modern freshwater science is electrofishing. As its name implies, this method involves using an electrical current to stun fish, allowing them to be collected with dip nets and later released following a brief recovery period. The effect of electricity on the movement and orientation of fish was first described in 1875, and electrofishing as a sampling method has been commonly used by biologists since the 1950s. Of course, the technology has significantly improved over the past century, and has been made much less hazardous to its users. That being said, there are some serious risks associated with using electricity in water, and most people would consider this a “don’t try this at home” activity. Except, it seems, for those on the hunt for invasive catfish. 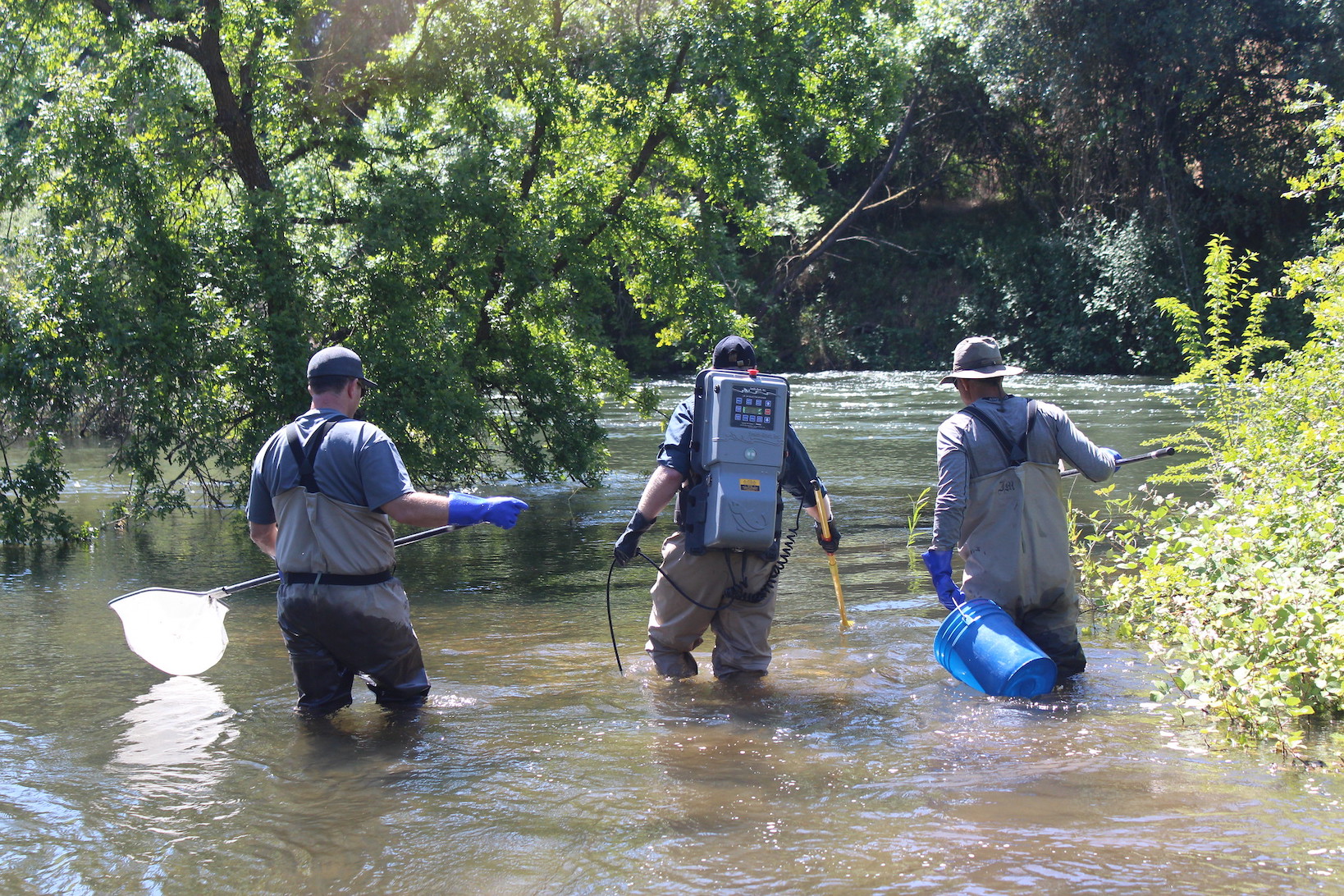 Electrofishing is an illegal fishing method for recreational fishers nearly everywhere in the U.S., with the exception of just four counties in North Carolina. This peculiar exception is a holdover of a bizarre fishing method known as “telephoning,” in which Southern fishers in the 1950s jury-rigged components of old crank-style telephones to send an electric current through the water and stun fish. This manually operated electrofisher does not generate enough power to shock fishes with scales, but it is quite effective in stunning catfish (which are scaleless). Telephoning was outlawed in many places in the 1950s, as it was believed to be decimating catfish populations, but “hand-crank electrofishing” was made legal in North Carolina in 1985. It is permitted only in specific reaches of certain rivers, and was encouraged in the hopes that it would help reduce populations of invasive flathead (Pylodictis olivaris), channel (Ictalurus punctatus), and blue catfish (I. furcatus). However, a recent study suggests hand-crank electrofishing has had limited effects on these invaders. We’d at least give the fishers points for creativity.

In contrast to the DIY variety, scientific electrofishing is generally conducted using one of three methods: backpack shocking, in which the electrofishing unit is carried on the back of an individual in insulated waders; barge shocking, in which the unit is held afloat on a barge and controlled  by operators in insulated waders; or boat shocking, in which the unit and operators are aboard a vessel. Because backpack units are significantly smaller and generally battery operated, they are only able to sample smaller streams or ponds. Boat electrofishers are considerably larger, and generally powered by gas generators. This allows them to sample much larger areas, but also means they pose substantially more risk to the biologists using them. 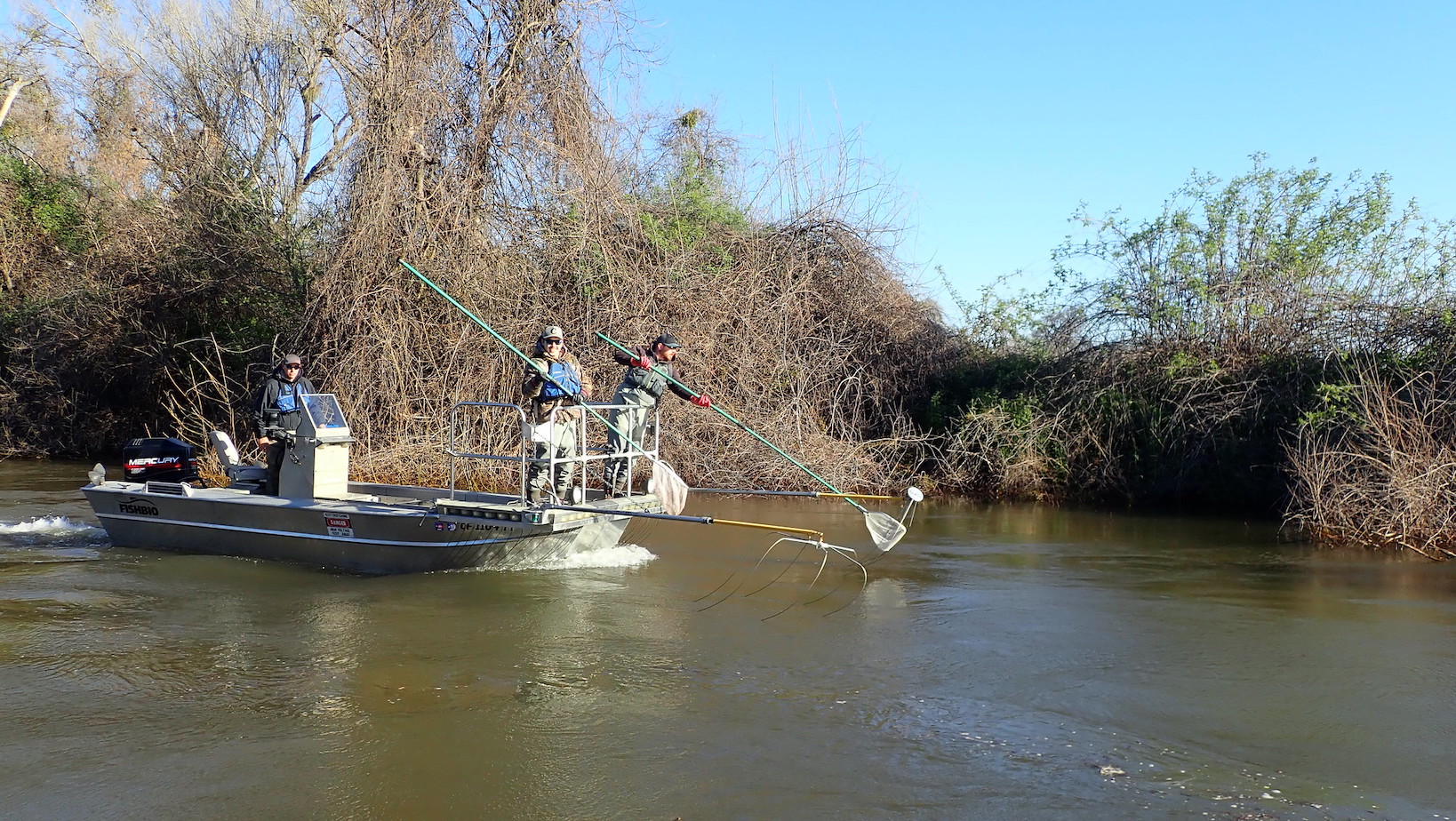 The effect of electrofishing largely depends on a fish’s body size, with larger fish being more affected than smaller fish – and humans even more so. If an individual were to fall in the water while an electrofishing boat was operating, they could easily go into fatal ventricular fibrillation unless a defibrillator is used. Fortunately, modern boat electrofishers are equipped with foot switches in the form of a mat that the person netting fish must be standing on in order for the unit to operate. If they fall overboard, the switch will shut the electrofisher off and prevent them from being electrocuted. Sadly, improvised electrofishing units often lack these safety mechanisms, and frequently result in the death of their users. We’ve also seen illegal overfishing as a result of such units take a major toll on many fisheries in Southeast Asia. So while we get a good chuckle out of the idea of “telephoning” for catfish, electrofishing is best left to trained scientists to make sure both the fish and the operators come out unscathed.