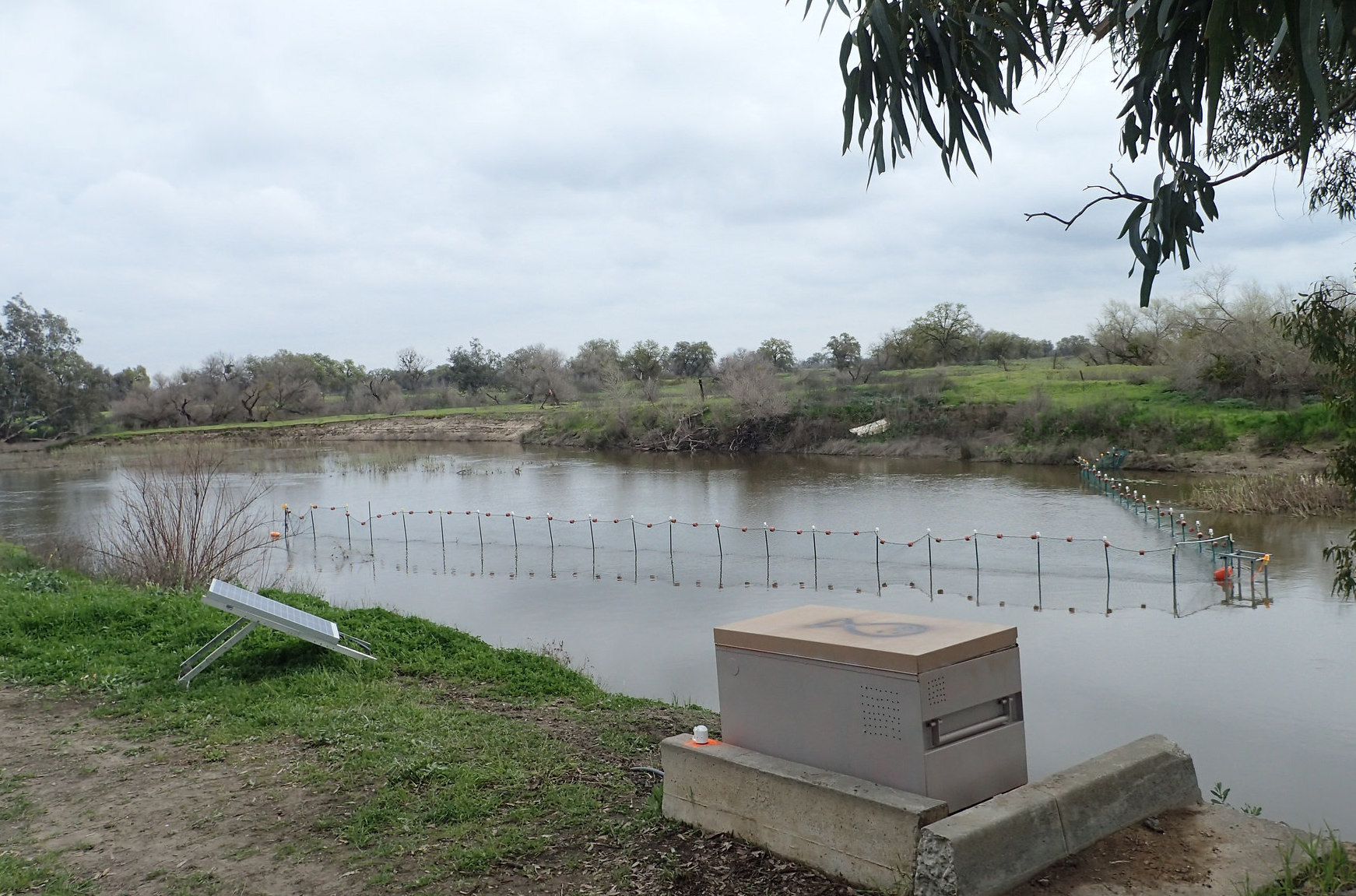 California’s San Joaquin River has been at the heart of a long and expensive legal battle. The issue at hand is how the construction and operation of Friant Dam has changed the amount of water available in the river for salmon and other wildlife. In 2006, after 18 years and millions of dollars in court proceedings, the Friant Water Authority (Friant), formerly Friant Water Users Authority, agreed on a settlement with the Natural Resources Defense Council (NRDC) and the United States Government. The settlement agreement establishes two primary goals for the river: one for restoration and another for water management. The San Joaquin River Restoration Program (SJRRP) was formed by the U.S. Department of the Interior, along with several other agencies, and was tasked with implementing the restoration goal. This goal includes restoring and maintaining fish populations in “good condition” in the mainstem San Joaquin River between Friant Dam and the confluence with the Merced River, including naturally reproducing and self-sustaining populations of salmonids and other fishes.

Since agreeing to the settlement, the SJRRP has identified ten river channel and structural improvement projects that could help make progress towards the restoration goal. This set of ten was eventually condensed into four large projects to help simplify the planning and design process, and three are already underway. Since 2009, interim flow releases have been made from Friant Dam with the intent of collecting data on downstream flow, water temperature, fish needs, seepage loss, recirculation, and the reuse of flows in preparation for the full-scale restoration flows that began in 2014. Since 2010, the California Department of Fish and Wildlife has been drafting a plan to prepare for the reintroduction of spring-run Chinook salmon (Oncorhynchus tshawytscha) in the river. Needless to say, with all of the effort and time spent preparing for and implementing these projects, the cost to restore the river (many estimates now totaling over $1 billion) has begun to seem insurmountable. 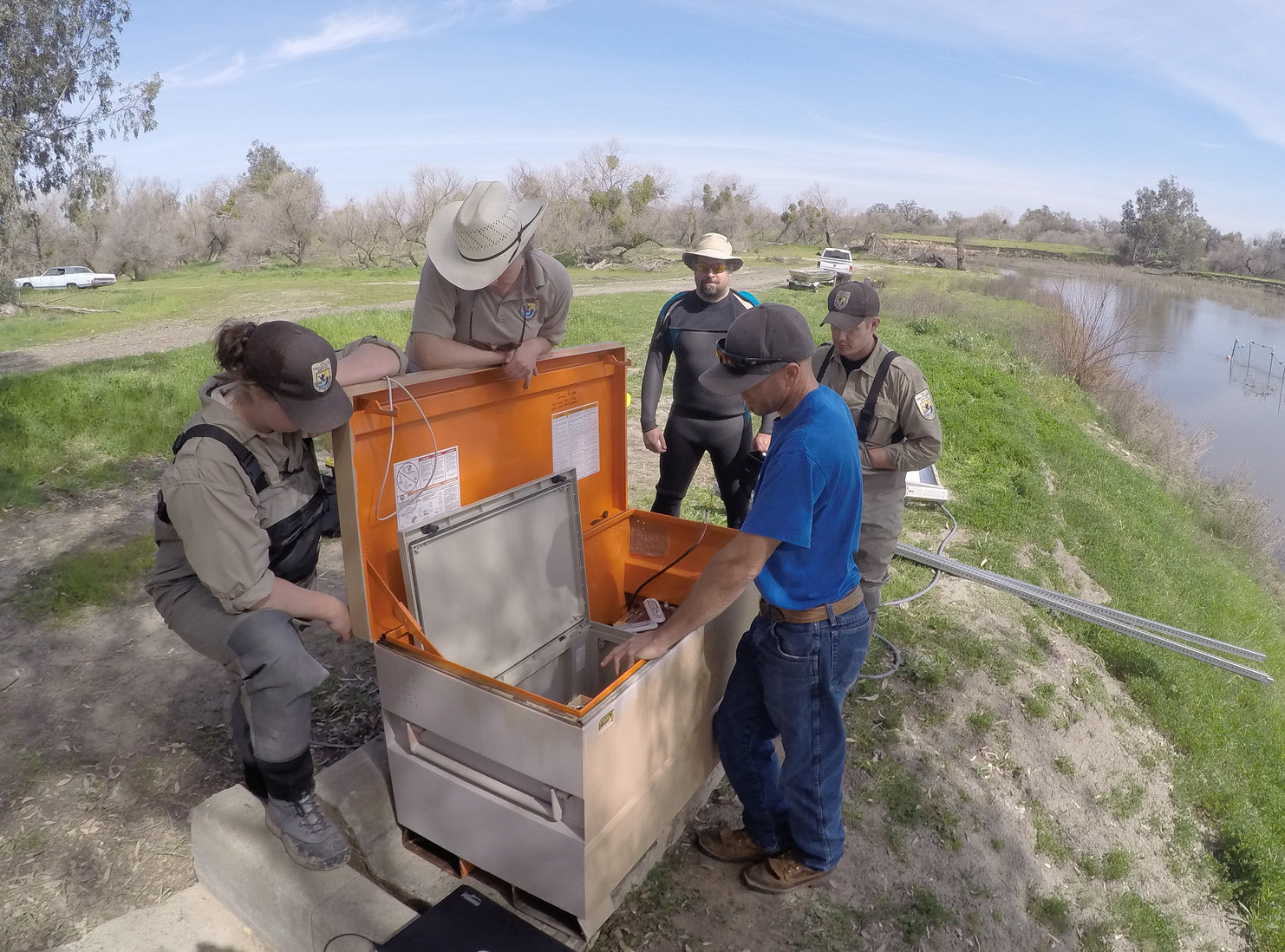 We recognize how daunting it can be for biologists to be tasked with seemingly unattainable goals on a shoestring budget. As a very small, but very important, component of the restoration goal, the SJRRP biologists were recently given the task of detecting and counting how many adult salmon migrate upstream in the San Joaquin River above the confluence with the Merced River. A VAKI Riverwatcher was selected for this work due to its ability to differentiate between multiple species in turbid conditions and the ability to quickly review and process the data. FISHBIO helped set up and Riverwatcher unit and its accompanying solar power system, and provided training on the equipment. In order to direct fish through the Riverwatcher, the team opted to use fyke nets reinforced with agricultural-grade T-posts to create a funnel that guides fish past the Riverwatcher scanner. Although the team has encountered some difficulties, such as scouring occurring under the nets, critters tearing through them, or high flows over-topping them, initial results indicate that multiple warm-water species, both native and non-native, frequent the study site. With numerous fish passages already detected, the suspense must be building as the SJRRP biologists await the first salmon passage.