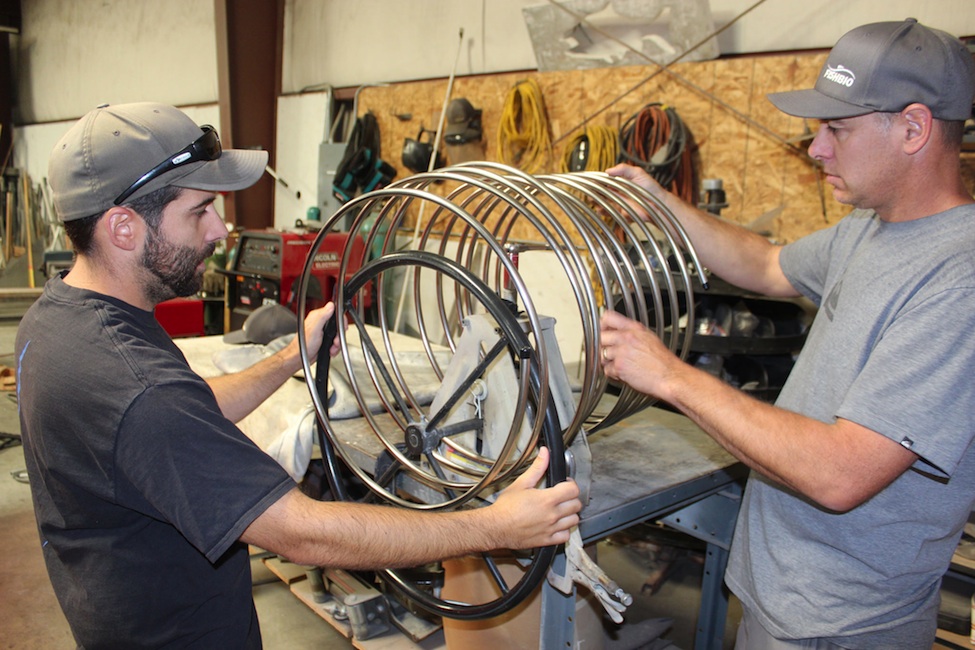 Before we provide another update on our tricked-out beer brewing system (see The Tippy Dump), let’s first explain the part of the brew process in which our latest modification is used. When brewing beer from scratch, known as all-grain brewing, the first major step is creating the mash. Mashing is the process of combining crushed malted grains with hot water, which takes advantage of enzymatic processes to convert starches into fermentable sugars and non-fermentable carbohydrates. Because enzymes have a narrow temperature range in which they function, it is important to be able to control and maintain the mash temperature. Most home brewers will use an insulated water cooler or ice chest to maintain their mash temperature during the hour or so that the process takes, as we did previously (see Biology And Brew). This method usually consists of holding temperatures at a singe point, called single-infusion mash. For our new brewing system, we wanted to be able to maintain mash temperatures more precisely, and also have the ability to change the temperature during the process, called step mashing.

The reason for step mashing is to take full advantage of the two main enzymes driving the conversion from starch to sugar. Beta amylase works at lower temperatures (131-150°F) to break longer starch chains into small segments of fermentable maltose. Alpha amylase works at higher temperatures (154-162°F) to make maltose as well, but also contributes sugars like glucose, fructose, and sucrose. In general terms, mashing at lower temperatures leads to thinner-bodied, drier beer, and mashing at higher temperatures produces less fermentable, sweeter, fuller-bodied beer. Having the ability to increase temperatures while mashing provides a brewer more flexibility and control over the style and finished product. 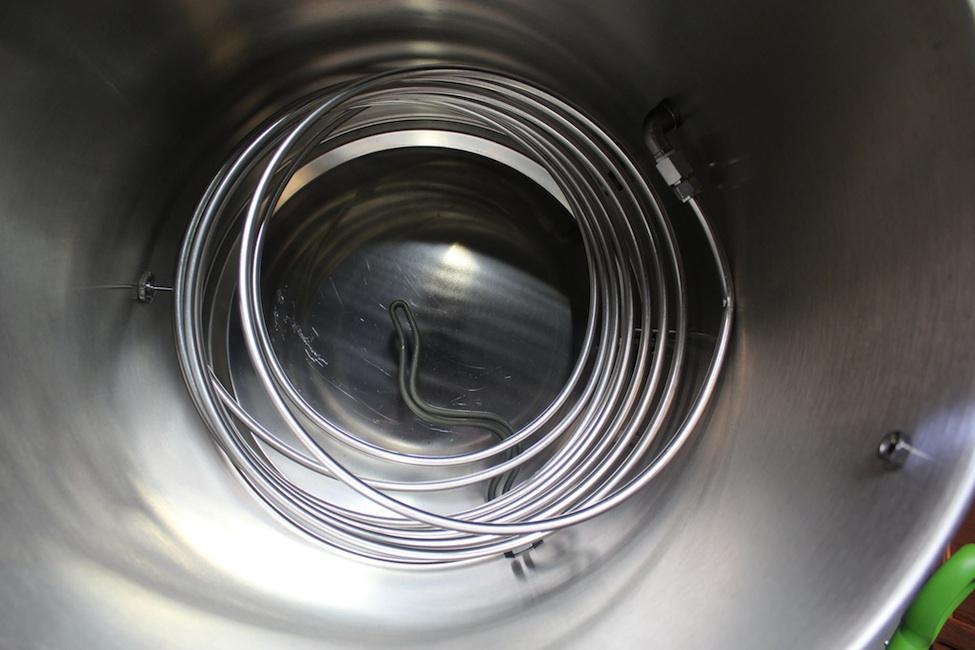 To achieve complete control over our mash temperature, we have installed a digitally controlled electric heating system (see Electrifying Brew) with a Heat Exchange Recirculating Mash System, or HERMS for short. The HERMS works by drawing wort through a screen in the bottom of the mash vessel, and pumping it through a coil of stainless steel tubing submerged in the hot liquor tank, where heat is transferred to the wort before returning to the top of the mash vessel. The temperature is controlled by adjusting the temperature in the hot liquor tank with our electric control panel. Heating the wort in the mash tun indirectly through the HERMS maintains an even temperature thought the mash and prevents scorching, which would occur if heat was directly applied to the mash vessel by a gas burner or an electric heating element. The enzymes working hard in the fermentation process have narrow temperature tolerances and are denatured (destroyed) if exposed to high of temperatures.

Recirculating wort has additional benefits. As the wort moves though the grain bed during mashing, there is increased contact with the inside of each grain kernel (the endosperm), which helps to release the starches and increase the yield of those desired sugars. Recirculating also promotes clarity by filtering wort through the grain husks during lautering. Lautering is the process of rinsing the spent grain with hot water to collect the sugary fluid (wort) and transfer it into the brew kettle for the next step in the brewing process. With all the recent developments to our brew lab, it’s not clear which is more enjoyable for our scientists: the process of making beer or drinking the end product!