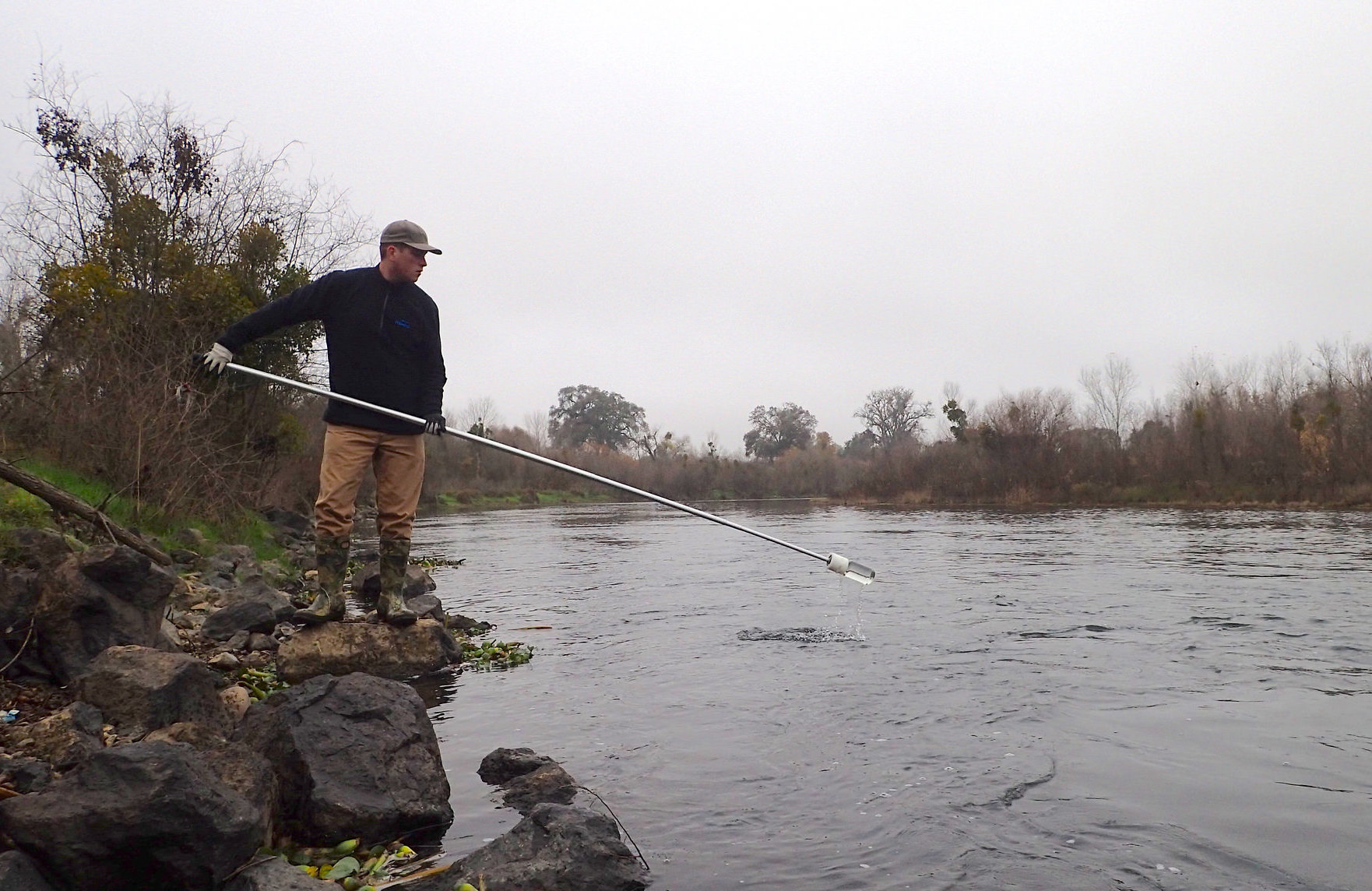 Raw water, also known as natural water, is water that comes directly from the environment and has not been subjected to any treatment to make it suitable for human consumption. According to local and state laws, when a new surface water treatment plant is to be built, numerous tests are required at the potential location to analyze and quantify various impurities present in the water. FISHBIO has recently been collecting raw water samples for such laboratory analyses. Water samples are collected from the river and kept on ice to maintain a consistent temperature during transportation to the lab. Lab tests include general water characteristics, microbiological parameters, nitrogen compounds, and many others. These tests will continue to run over the course of two years to get continuous measurements throughout changing river conditions over different seasons. For example, storm events may cause higher levels of turbidity, nitrogen, and microbial contamination, which are important to document. 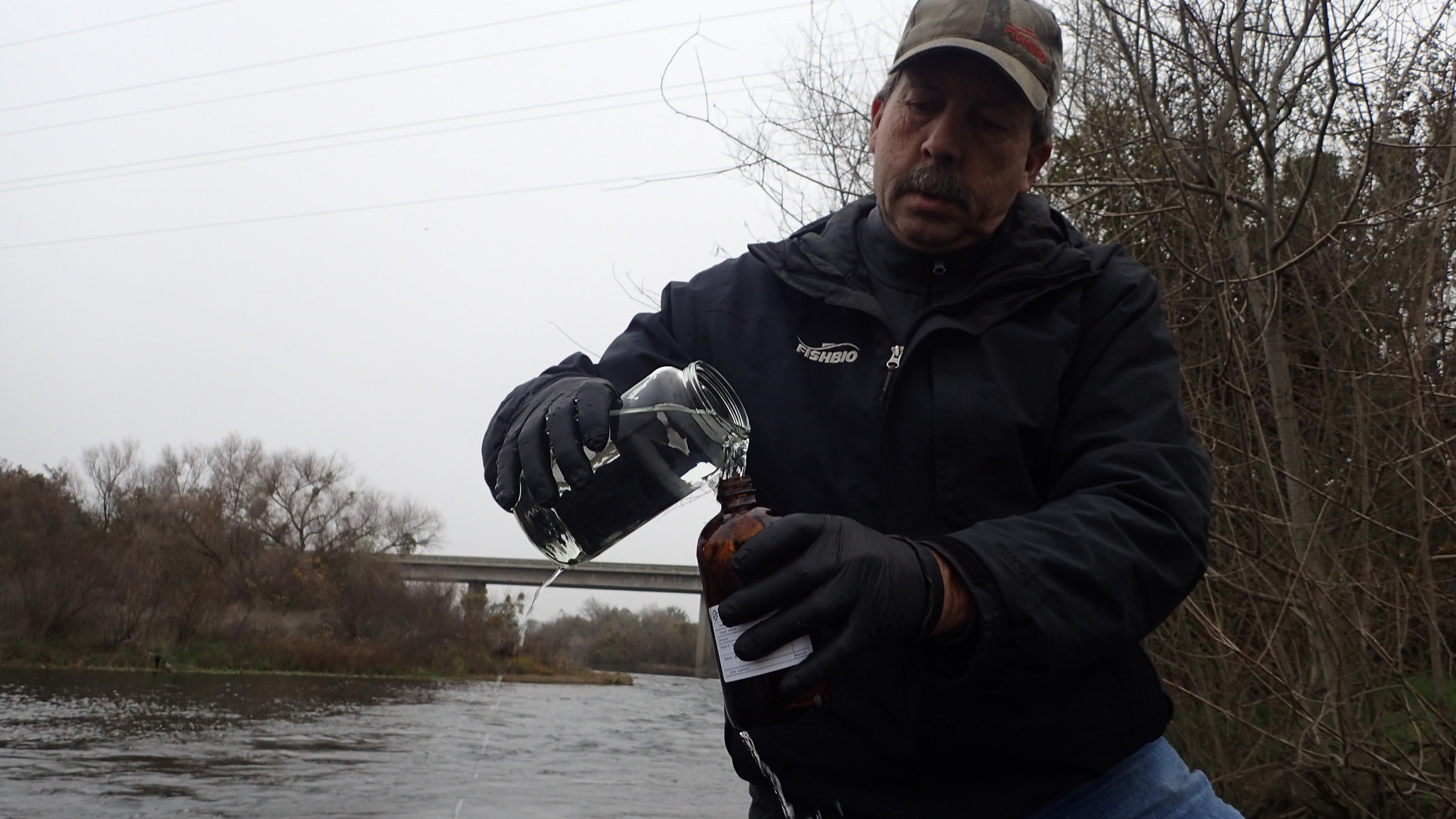 Water samples are collected every two weeks as consistently as possible, always focusing on the same stretch of the river in moving water away from the bank – which can prove challenging as the water level rises and drops throughout the year. Each sampling event begins with basic water measurements, including temperature, dissolved oxygen, pH, conductivity, and turbidity. To collect the water, we use an extendable pole with a steel cable running through it to control the cap of an attached jar. The telescopic pole makes it possible to collect water samples from fast flowing water, undisturbed by the bank of the river. Once the jar is in the river, the collector pulls the cable, which opens the cap and allows water to flow in. The cable is then released, closing the cap and trapping water in the jar. After the pole is removed from the river, the jar is pulled off and the collectors pour the raw water into specific containers for testing.  Once transported to the lab, scientists can analyze the characteristics of the water and determine if it is a suitable source for a drinking water treatment facility. 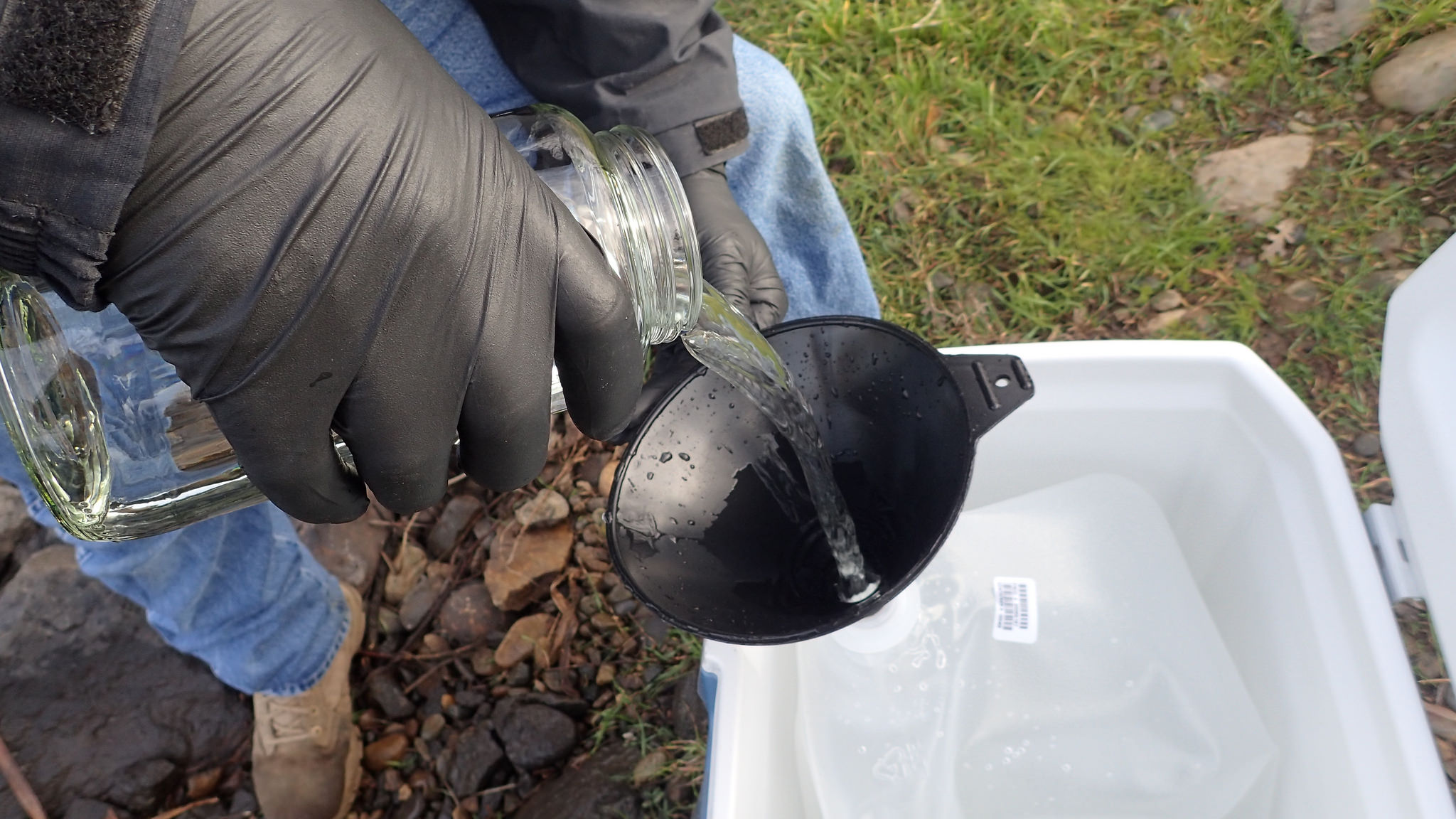 If the water passes all of the tests, a facility can be built to treat the water for human consumption.  Once at a treatment facility, the water is pumped through a network of pipes for purification.  During preliminary treatment, screens and bars remove the large debris.  The water then flows to primary disinfection, where the results of the water sampling tests come into play.  Depending on the biochemical makeup of the water, certain chemicals will be added to control the water’s odor and taste.  After being treated with chemicals, the water will filter gravity through a media filter, which is comprised of activated carbon and sand. The filtered water can then go to holding tanks until it is distributed to the respective water supply.  A lot goes into ensuring raw water is safe for people to drink, including the  collection of consistent and accurate samples for preliminary testing.