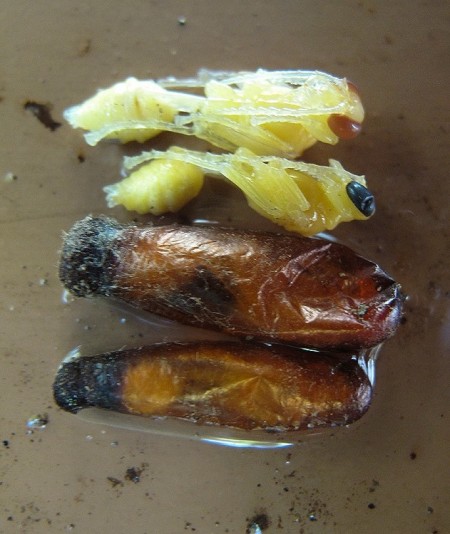 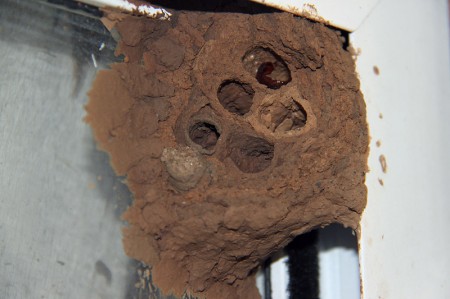 We discovered these mud dauber pupa and egg casings in a mud nest while cleaning a field lockbox in preparation for installing a fish counting weir on the Stanislaus River. Mud daubers are long slender wasps, looking like aliens from a science-fiction movie, that are named for their nest construction method. The female mud dauber uses her mandibles to carry mud and construct a nest formed by a series of cylindrical chambers. She fills each chamber with small spiders that she has stung and paralyzed, before laying a single egg and sealing off the chamber with mud. A mud nest will typically contain 4-5 egg chambers, depending on the species. Once the egg hatches, the larva feeds on the preserved spiders until it pupates and chews its way out of the nest as an adult. Mud daubers are not social or aggressive, like many other wasps, and the nests are not tended once complete. They may construct several nests during the summer months but larvae in nests built in the late summer go into a suspended state of development (diapause) to over-winter before they pupate and emerge the following spring.