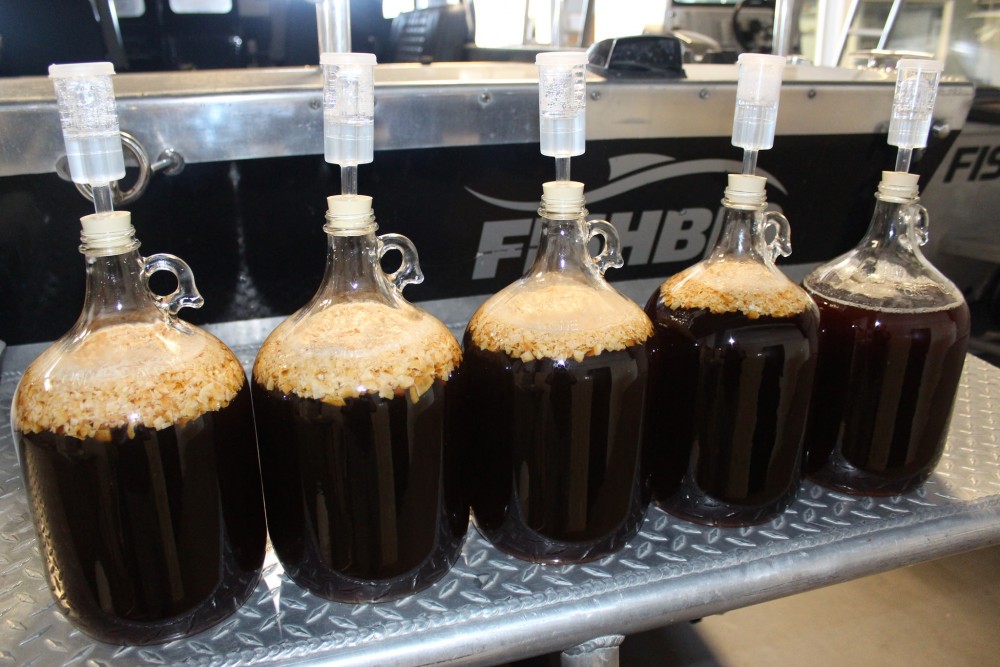 As promised, here’s an update on our recent adventures in beer brewing. Once people hear that you are brewing your own beer, the requests start pouring in for certain styles and versions of established brewers’ beers. After word got out that we are making a brown ale, friends and colleagues started sharing their favorite beers, such as Sierra Nevada’s Tumbler Autumn Brown, Newcastle Brown, Rogue’s Hazelnut Brown, etc. One brand that stood out as well-liked by many, and is no longer available on the U.S. mainland, is Kona Brewing’s KoKo Brown, a brown ale infused with toasted coconut. Designing a beer recipe intended to be similar or the same as someone else’s beer recipe is called a ‘clone’ by home brewers. When it comes to brewing beer, there are so many variables, such as the type and amount of grains, variety and amount of hops used, strain of yeast used, water chemistry, and temperatures and timing during the brewing process, that it is impossible to completely replicate another brewer’s creation. 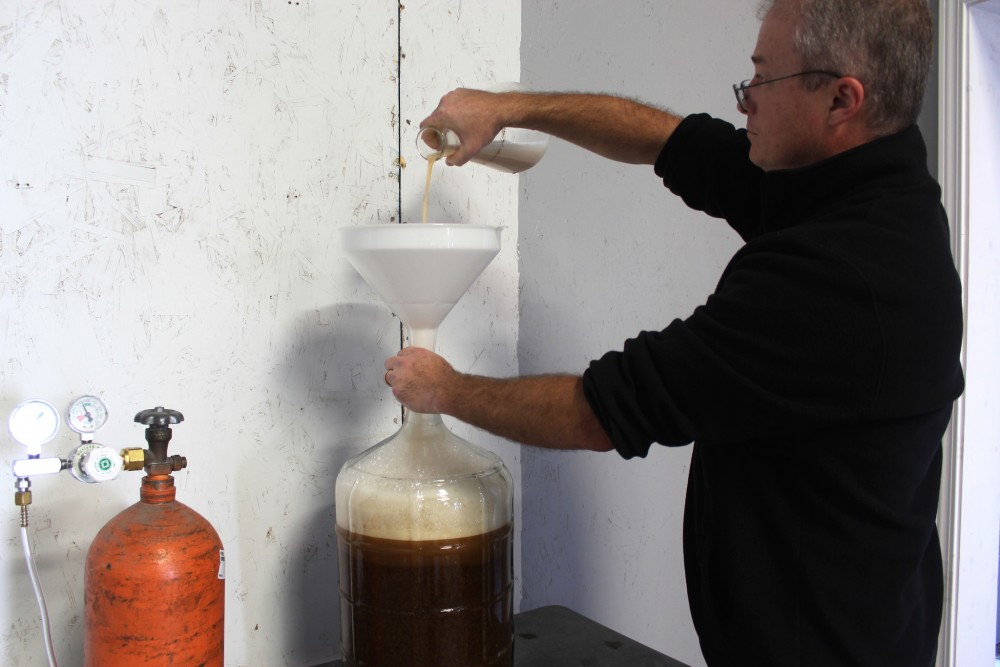 However, in an effort to appease the masses, or at least our staff, we’re attempting to make a coconut brown ale that will satisfy at least a few. The process of developing a recipe begins with researching what makes a style of beer unique, or identifying which underlying flavor characteristics should be present. Brown ale is a highly variable style, but is generally divided into English brown ale and American brown ale. English-style brown ales are typically sweet and malty, with mild alcohol content, and are sometimes nutty, whereas American varieties are often more bitter, have more hops, are dryer, and sometimes have higher alcohol content. We then check out other people’s recipes, especially ones that have been rated, such as on BeerSmith.com, and formulate our own recipe of malts, hops, and yeast that we believe will produce a unique and palatable brew. 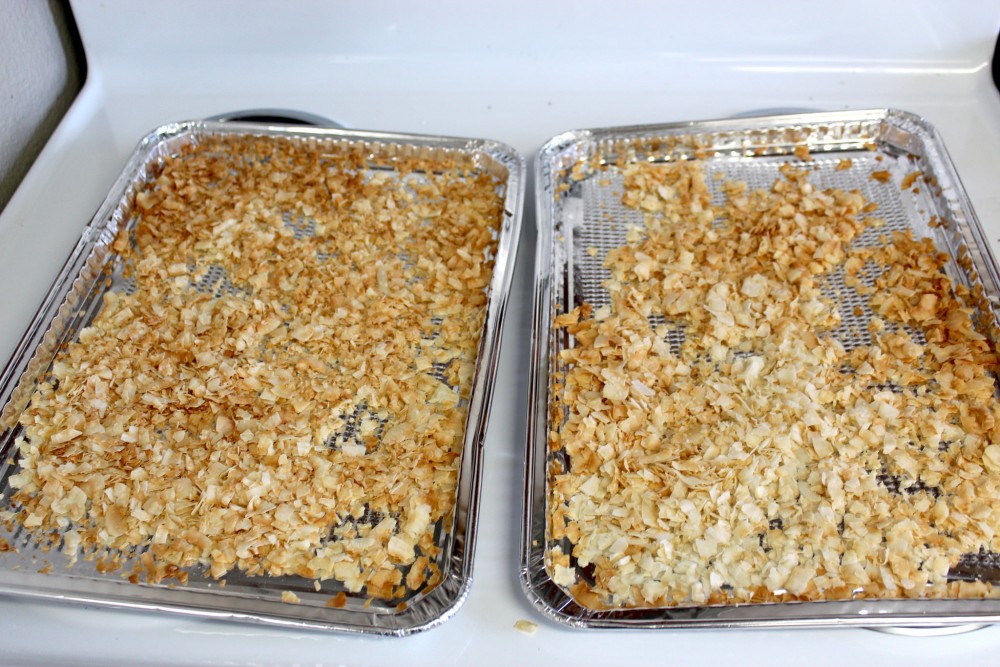 Not knowing how much coconut it would take to provide a pleasant but not overpowering flavor, we followed our scientific instinct and decided to run a little experiment. We first had to acquire natural dried shaved coconut without any additives, sugars, or other preservatives, which can have a negative effect on the fermenting process. To enhance the coconut flavor, we toasted the flakes in the oven, which filled our office with a sweet odor likened to Almond Joy candy bars. The best way to infuse fruit additions, or in this case, toasted coconut, is to add it to the wort near the end of fermentation. To test the influence of the toasted coconut, the five-gallon batch of brown ale was divided into five one-gallon containers with differing quantities of coconut. After 7-10 days of soaking, when fermentation is complete, the five mini-batches will be bottled and allowed to bottle condition (carbonate) for at least two weeks. When our staff gets together for our end-of-the-year meeting, this experiment should be ready for some taste testing.