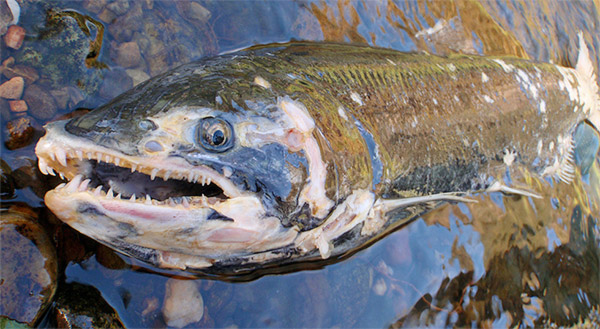 One of the earth’s many marvels is its ability to preserve the past, which we uncover in the fossil record and can use to decipher the history of our world. The more fossils that we unearth, the more we learn about the past events that have made the planet what it is today. Currently, the oldest fossil record dates back roughly 3.4 billion years and research has shown that extinction is a natural part of life. Fossil history indicates that 95-99% of all species that have ever existed have gone extinct (see video “Extinction!”). A species can be eliminated from the planet by a variety of different causes including gradual geologic changes that happen over millions of years, or an event that causes mass extinction, such as an asteroid, which can happen over a shorter timescale. Regardless of the cause, it is estimated that on average one species goes extinct every four million years. 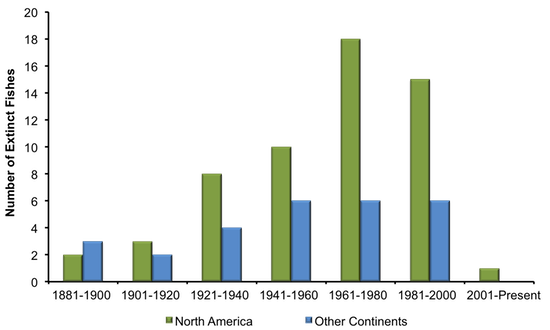 Figure 1. Number of fish estimated to become extinct by decade on the North America continent compared to other continents including Africa and Madagascar, Eurasia, South America, and Oceania (Burkhead, 2012).

A growing number of scientists believe that the recent spike in the extinction rate of freshwater fishes is most likely the result of human influences. Throughout the 20th century, rivers in North America became increasingly polluted and were modified for flood control and water conveyance. Dams have been important for the development of North America because they have decreased flood risk, generated power and stored water for human consumption, but these changes in the natural environment have eliminated much of the freshwater habitat and constricted fishes to smaller reaches. As the environment around them has been changing at a rapid pace, many freshwater fish species are having trouble adapting.