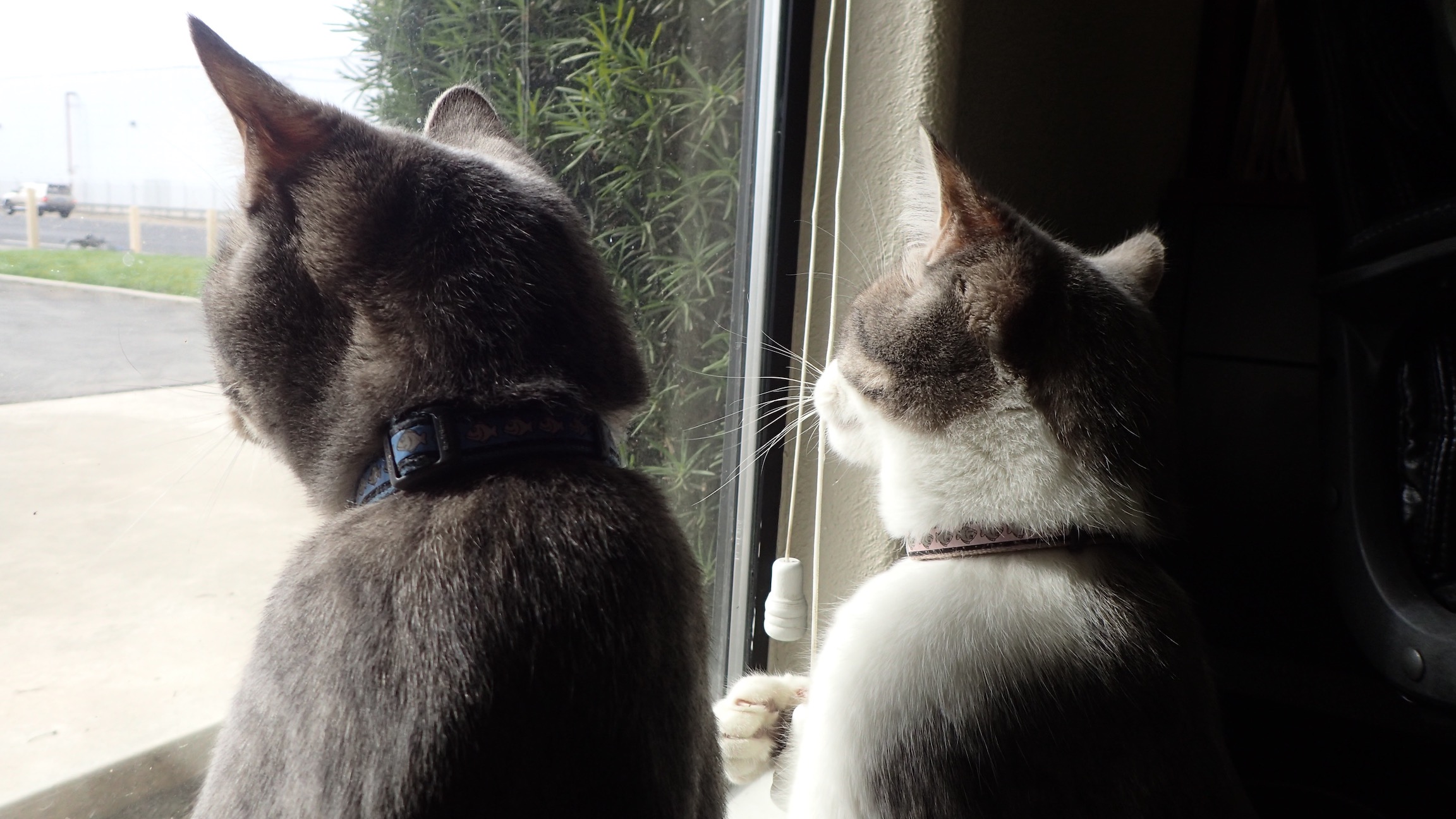 You might remember that during the summer of 2017, our staff captured two sibling feral kittens. We’re happy to update their story with the news that FISHBIO has become the kittens’ “furever” home. While we initially caught the cats with hopes of spaying/neutering them and finding them owners elsewhere, they purred their way into sticking around. 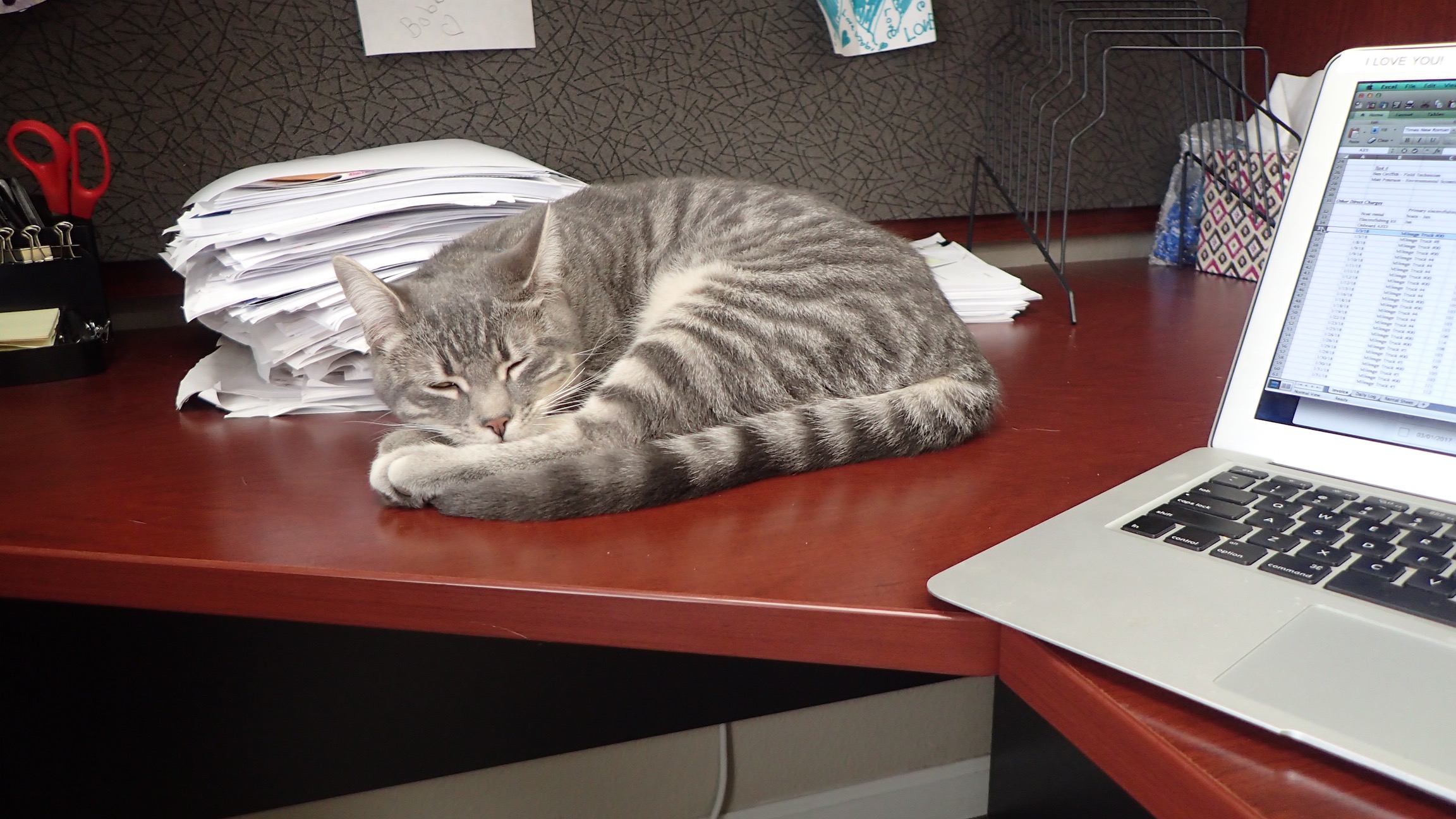 Mister and Sister have become part of the crew while developing distinct personalities. Mister, a gray and tan tabby once frightened of humans, now enjoys being near someone almost constantly. With this need for attention during the day, he often finds his way onto a desk or a lap before curling up for a nap. Sister, who is gray and white, used to be a scaredy-cat as well, but now her independence has become her strongest personality trait. When she wants attention, she’ll stretch her way from her bed to your chair before rubbing against your leg. Otherwise, she is happy sleeping or curiously checking out the office. 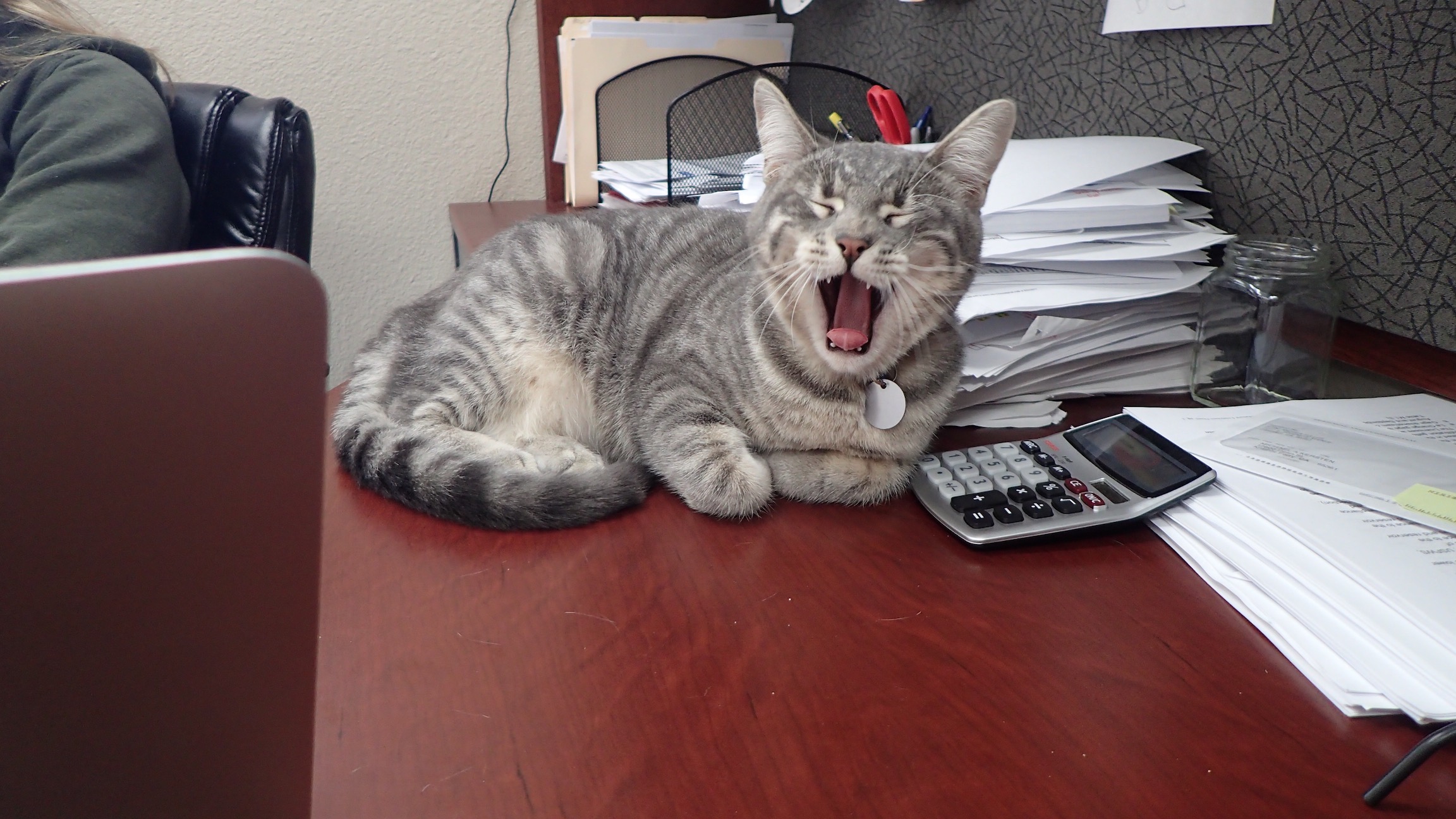 These two siblings keep each other entertained during non-office hours (sometimes with a box of tissues as the casualty) but are always waiting by the door when employees arrive to work.  It’s hard to imagine they were once so feral and skittish. In matching fish collars, they are hard to overlook. While it has been an adjustment for the Oakdale FISHBIO office to get used to these furry four-legged friends, they have become a source of entertainment to many. Plus, no one has seen a mouse since they arrived! 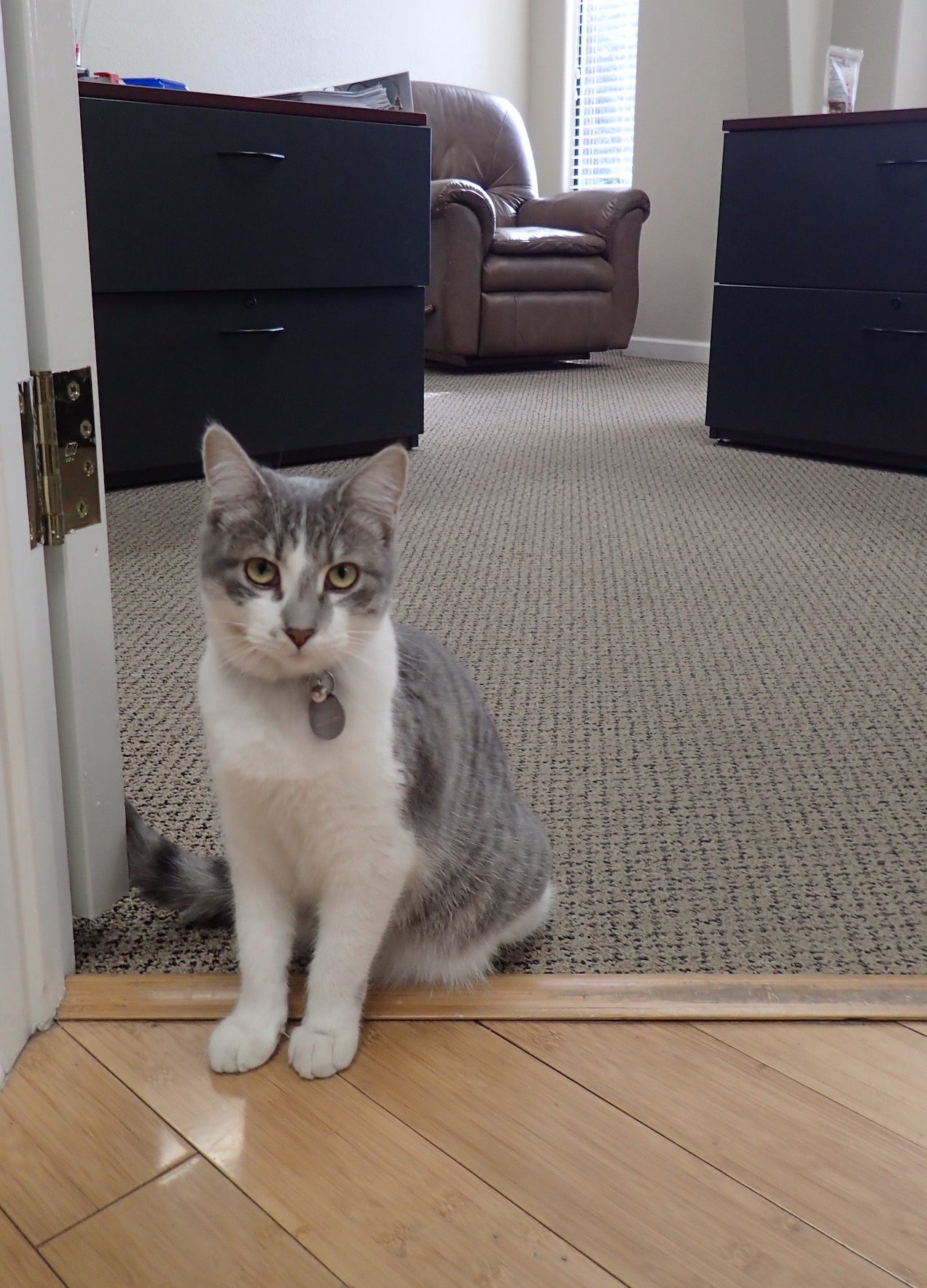