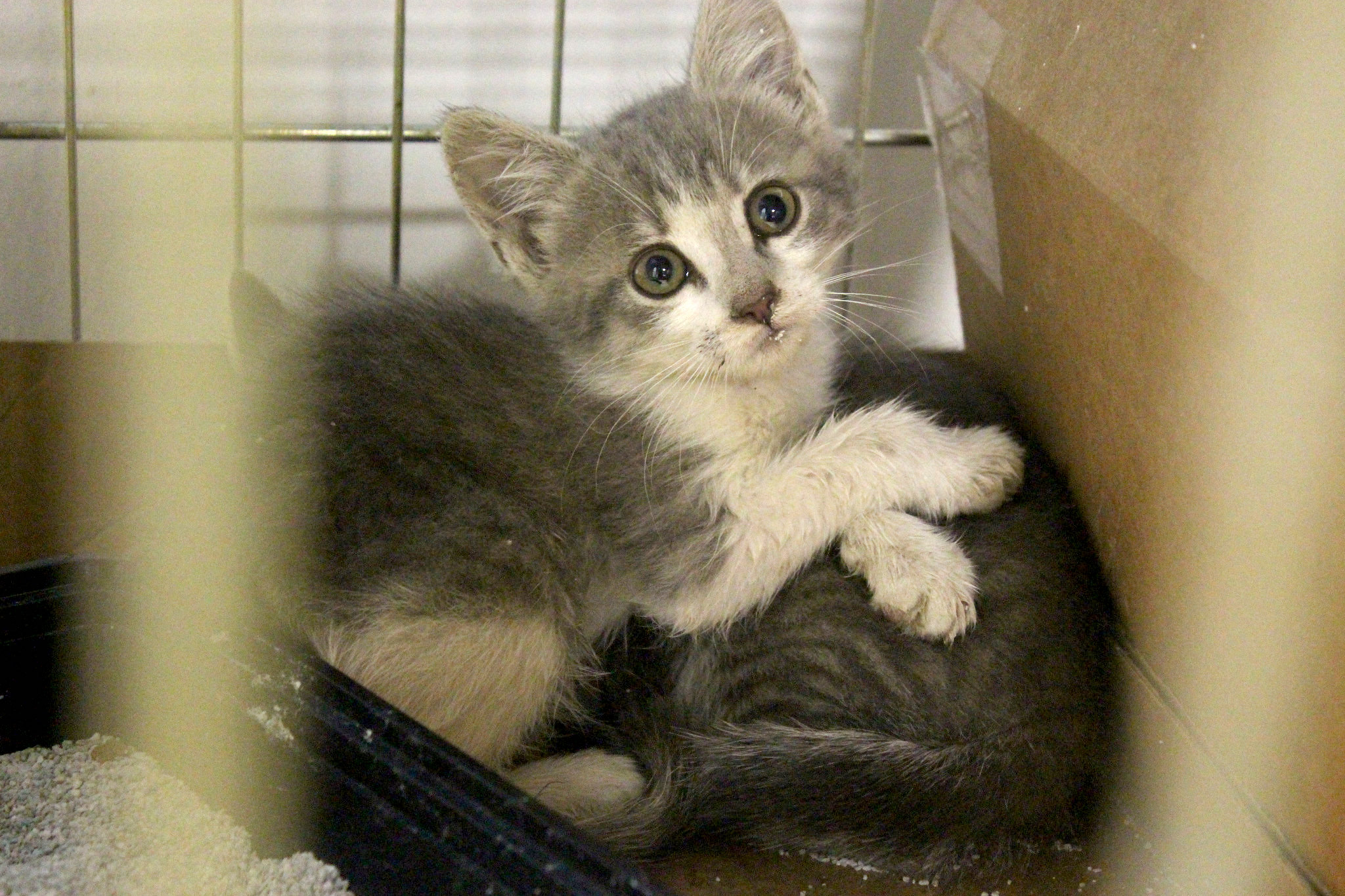 We came in to our Oakdale office after the 4th of July holiday weekend to find a frightened feral kitten running loose in our kitchen. After attempting to evade capture, we were able to corner and pick up the little guy, and took him to the Oakdale Animal Shelter. There, we ran into a member of the Astro Foundation, an organization dedicated to finding homes for orphaned and rescued animals. We decided to foster the kitten, and in less than three weeks of bathing, feeding and affection, the scared feral kitty became a tame and friendly animal, which we gave to the Astro Foundation for adoption. Having seen other cats running around our yard, we put out food in hopes of trapping the kittens to find them homes. Volunteers who participate in the ongoing efforts to decrease the population size of Oakdale’s feral cat colonies gave us live traps and showed us how to use them. With this guidance, we captured two more kittens, which we are currently caring for until they can be spayed/neutered and found homes in the community. 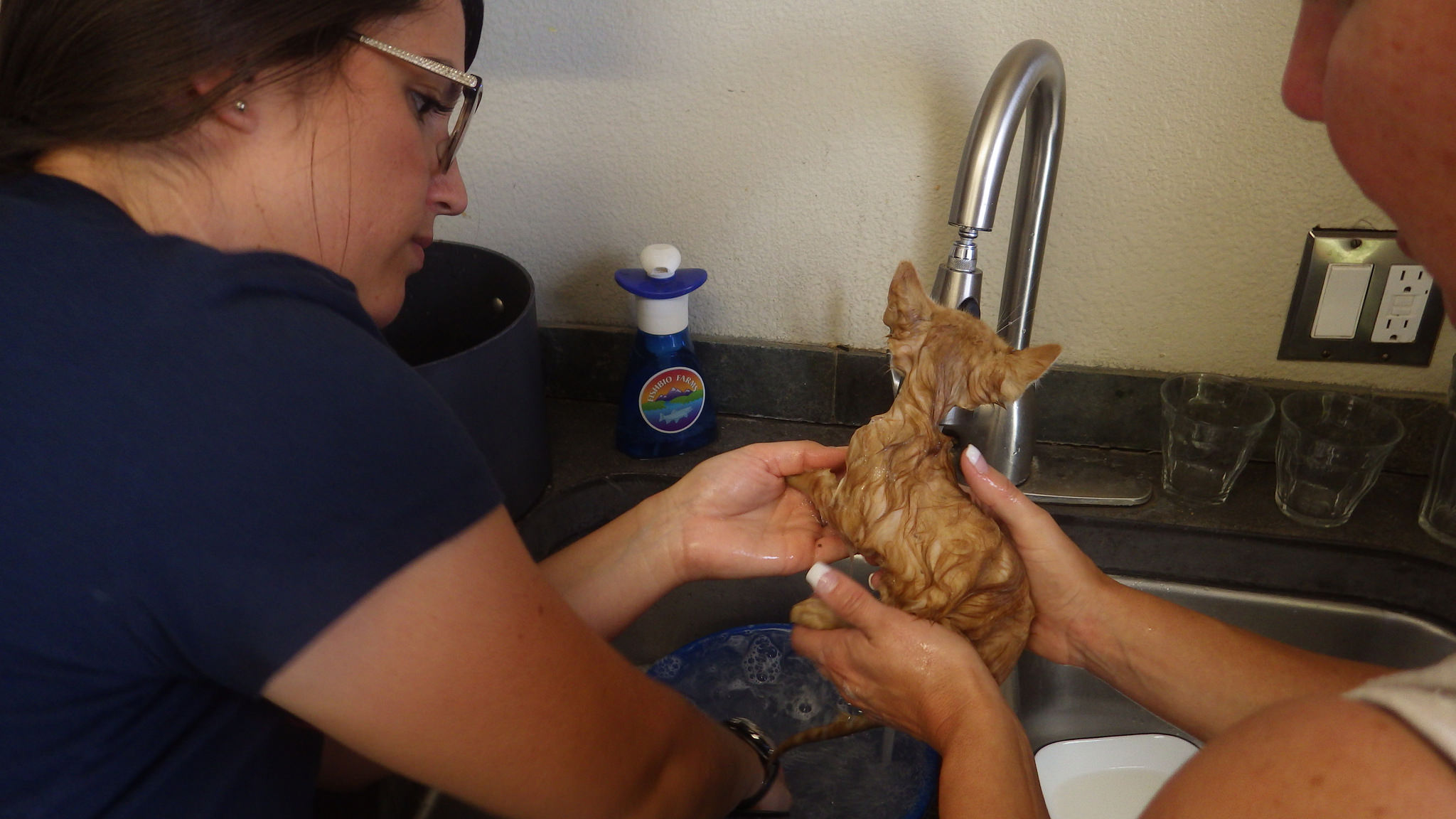 The Oakdale Recreation Area has been known for hosting large numbers of feral cats for years. The population was so large that a plan was developed to remove this invasive species through lethal force. That was when an Oakdale resident stepped forward with a Trap-Neuter-Return plan as an alternative. The Oakdale Shelter Pet Alliance’s affordable spay and neuter program works with the ACT Spay/Neuter Clinic in Stockton, CA, to provide vouchers for inexpensive surgeries to spay and neuter both feral and tamed cats, preventing further reproduction. The Astro Foundation has partnered as well, helping find homes for 56 kittens from Oakdale feral colonies in the last year alone. According to local volunteers who have participated in the Trap-Neuter-Return program since it started, the Oakdale Recreation Area feral cat colony has seen a significant decrease over the last several years, from more than 200 cats to its most recent count of around 20 cats. 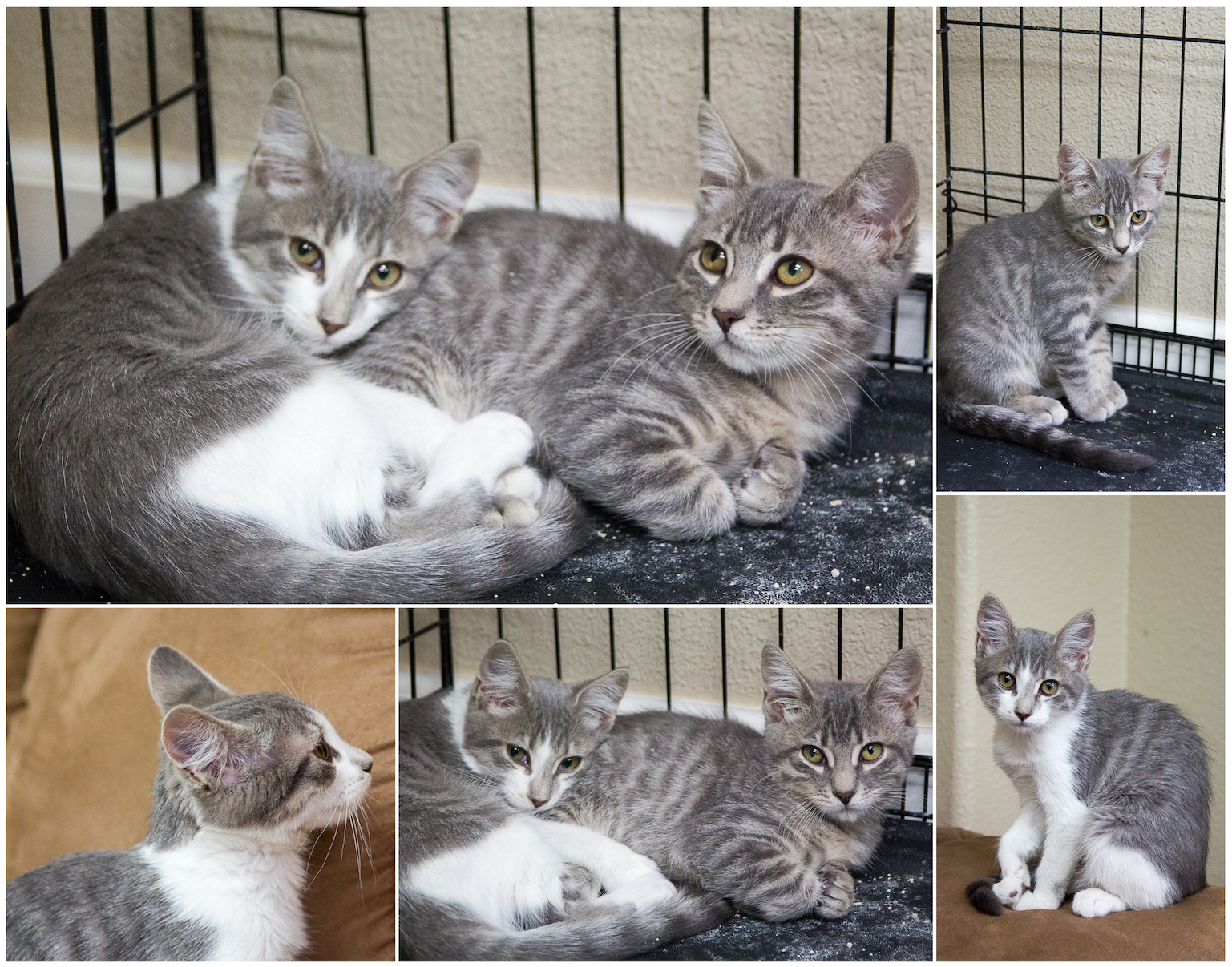 If you have a problem at your home, workplace, or local park, you can learn how to properly trap and care for feral cats. Becoming educated on proper handling can prevent feral cats from scratching or biting themselves or others, which can avoid infections. Proper handling also reduces the chances of escape, which could prevent a second chance at trapping the cat. Returning feral cats to the wild is controversial because they prey on native wildlife, but cat lovers often advocate for a humane option that allows adult feral cats to live out their lives. When kittens are younger than two months, they have a better chance of being tamed and adopted. Feral cat colonies will continue to grow and impact the environment if cats and kittens continue to be abandoned, which makes programs like Trap-Neuter-Return inefficient. By spaying/neutering your own furry friend and making sure their young are taken care of, you can help decrease the spread of feral cat populations. Looking to adopt? Attend the adoption events held by the Astro Foundation at Petco in Riverbank every Sunday from 10am to 2pm.