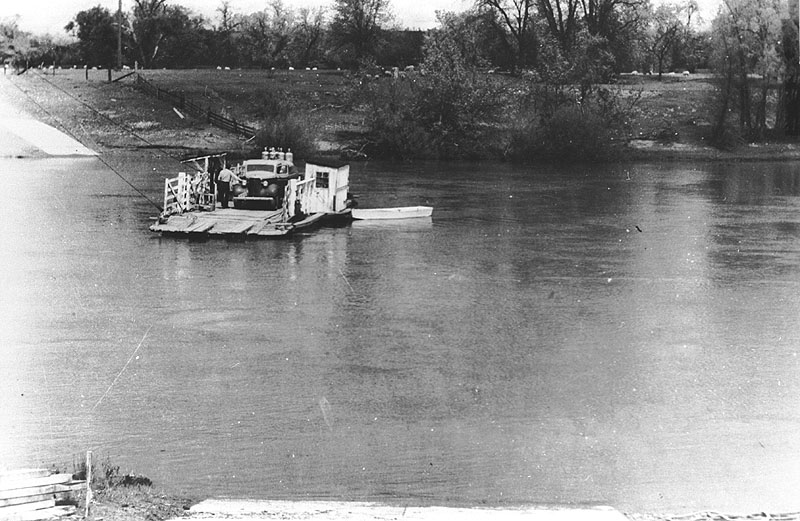 The wooden ferry boats usually had pontoons made of barrels or logs for buoyancy. They were attached to a cable suspended across the river, and a block and tackle could be used to help move the boat from one shore to the other. Passengers would pay the ferry operator a small toll and then be transported promptly across the river. Most ferries operated similarly to the Ord Ferry, which ran on a 24-hour basis. Although ferries were very useful and reliable, they were highly susceptible to weather conditions such as wind, rain, and fog. In addition, floods or low water levels due to droughts also caused problems for ferry operators.

Despite their simple design and susceptibility to bad weather, ferry boats were very necessary during their day to bridge an otherwise impassable divide. The rich agricultural land of Tehama County lay east of the river, while the railroads lay to the west. The answer to this transportation problem: ferry boats. If it were not for the ferries, the modern town of Red Bluff would not be the place it is today. While some ferries continued service into the 20th century, all ferries were eventually put out of service by the construction of bridges. The ferry boats may be long gone, but their place-names live on, reminding us of a time before the bridges we take for granted were built, when crossing the Sacramento River was an event in and of itself.