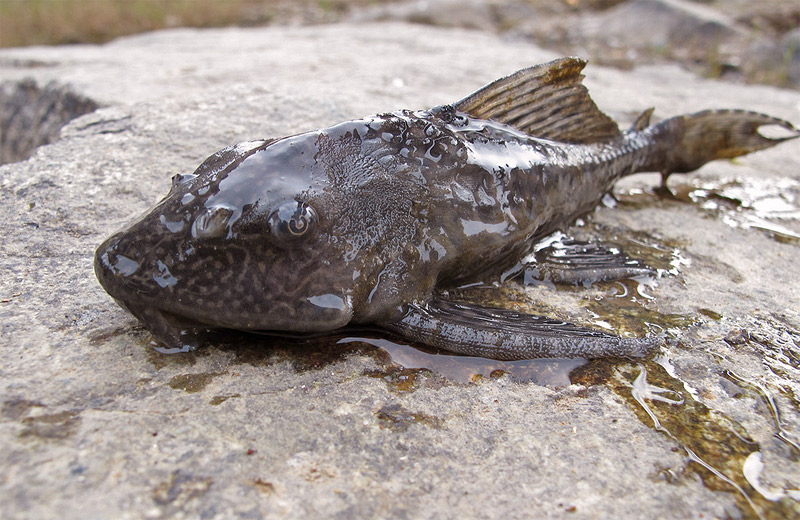 This is a fish out of water, both literally and figuratively. While out conducting a fish survey on the Tuolumne River we spotted this plecostamus, an exotic fish common in home aquaria, lying dead in a shallow riffle. Although people generally have good intentions when they release exotic fish into local waterways, often the water conditions are not suitable for the fish to survive. Releasing an exotic fish into to the wild can have substantial consequences to the local ecosystem. The introduced fish may carry parasites and other diseases that can be transferred to other fish. Additionally, releasing aquarium fish may also unknowingly introduce invasive aquatic plants. In California at least 50 species of fish have been introduced into inland waters and they are believed to be responsible for the declining populations of many native fish (Moyle 2003). Because of the potential ecological effects, it is illegal in most states to release fish into local waters. If a pet fish is no longer wanted, it is best to call a pet store to discuss your options or consult the Habitattitude website, sponsored by the U.S. Fish and Wildlife Service.