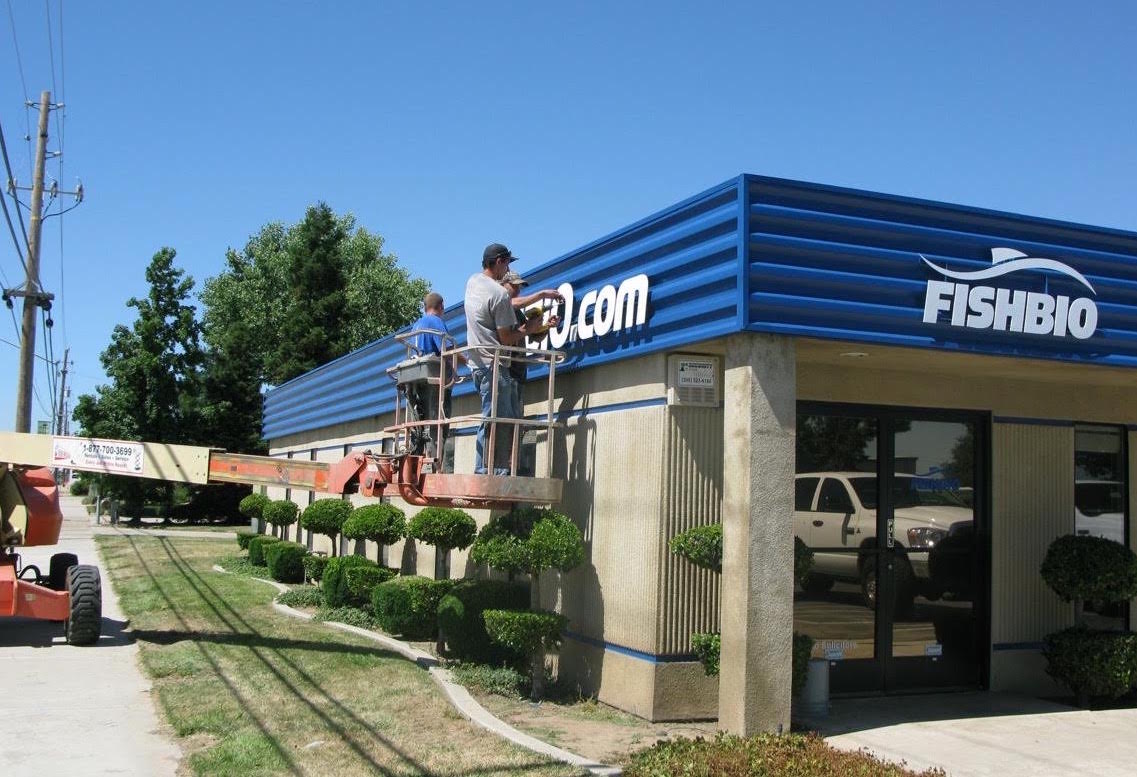 One of the most obvious ways to track changes at FISHBIO over the last 10 years is the evolution of our offices. From our humble beginnings in 2006, FISHBIO started as a single small space on Hi Tech Parkway in Oakdale. We had a shared office space of only 400 square feet and just enough shop space to park our one truck and boat. In 2009, we moved just down the street, where we got a little creative with the space as our staff grew, especially when it came to fabrication activities. Once we were starting to feel packed in like sardines, we moved again in 2011 to our current home at 1617 S. Yosemite Ave, taking over what had previously been a cocoa and tea packaging plant.

One of the first things we did was give the outdoor trim a coat of FISHBIO blue, and turned a very chocolatey work room into our conference room. We transformed the warehouse into our FABLAB machine shop, and used it to store our growing fleet of boats and trucks. Since then, we’ve really made the place our own by constructing a fish lab and a beer brewing lab, planting fruit trees and an extensive garden, erecting arbors and a chicken coop, and crafting custom furniture. It’s safe to say our Oakdale office best shows off our unique company culture! 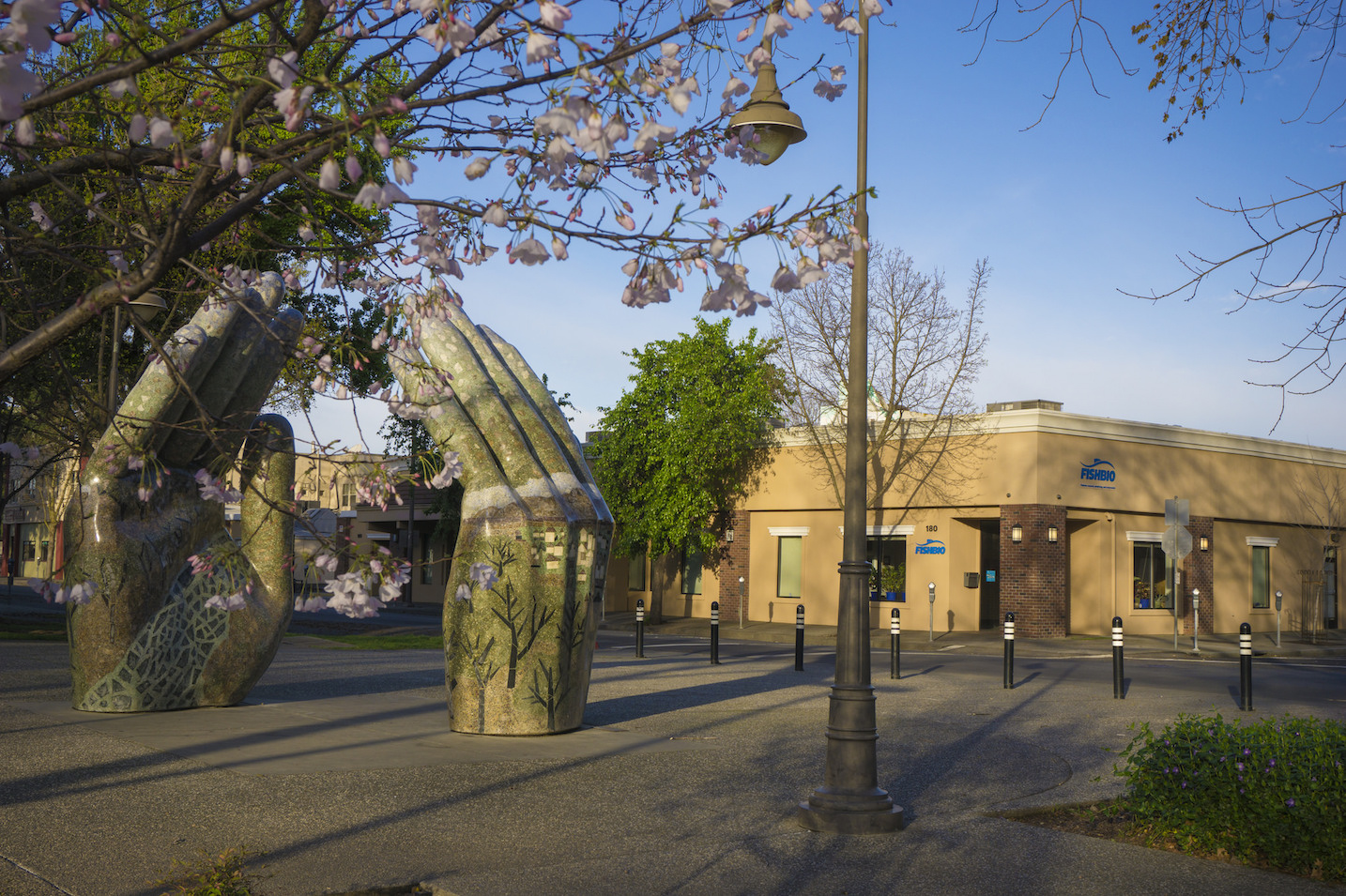 Our first office in Chico opened in 2009 in small, two-room unit. As our staff in Chico grew, we moved to a larger office nearby in 2013, knocking out a wall and taking over two office spaces. We love our corner location on East 4th Street right in the heart of downtown Chico, just a quick walk from restaurants, bars, and Bidwell Park. Watching the variety of people that walk by our conference room windows has become a favorite pastime amid our busy work days. 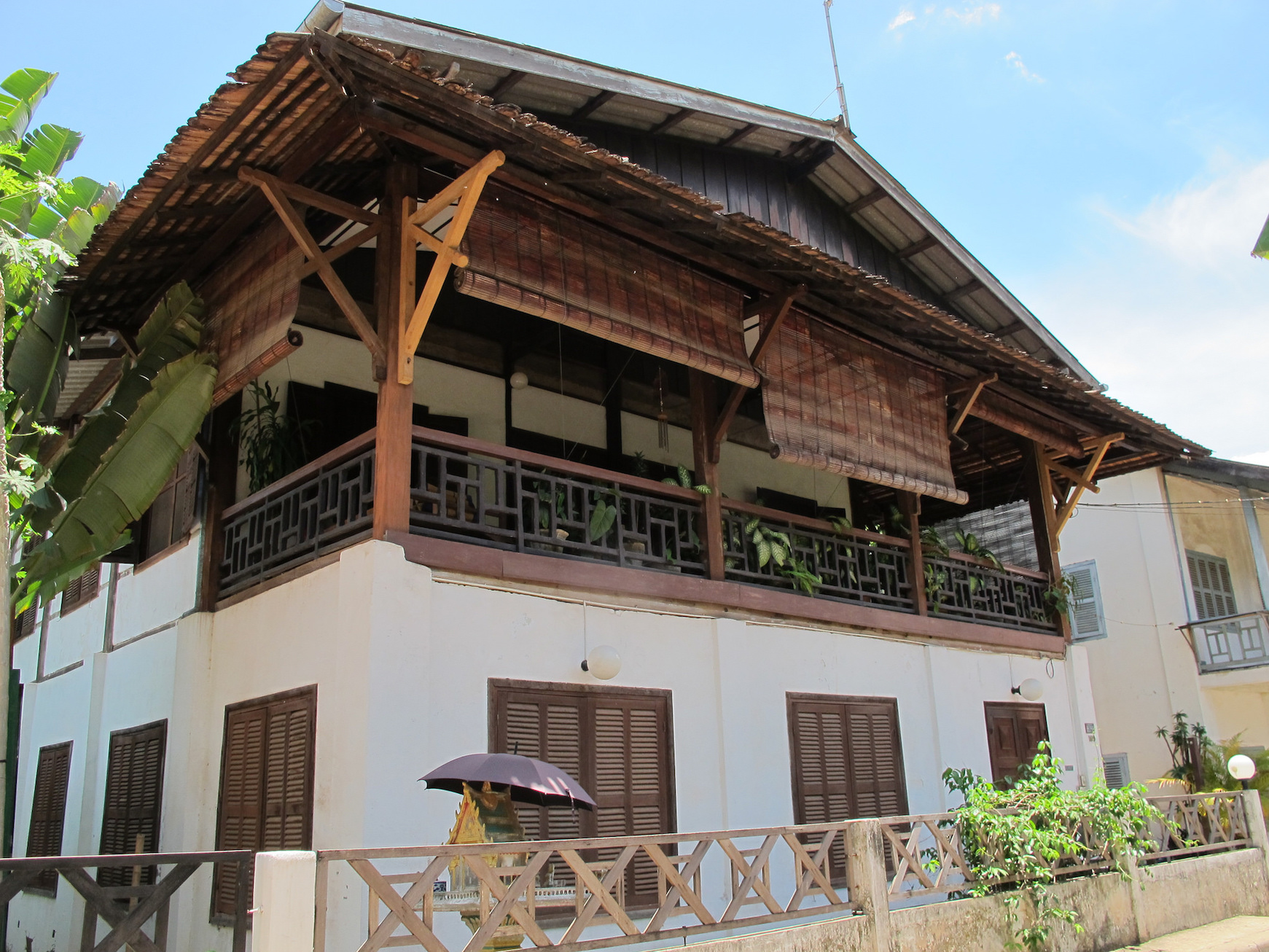 FISHBIO’s presence in Laos has also moved through a variety of spaces. 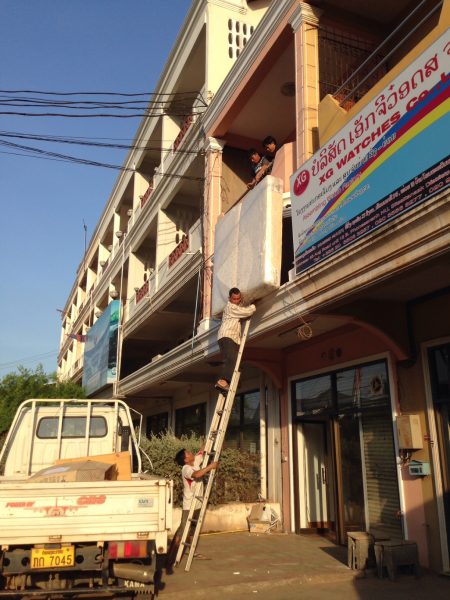 We began in 2009 in a French-colonial-style apartment near the tourist section of downtown Vientiane, later moving to a similar, larger unit across the start. While our visiting U.S. staff had a soft spot for the dark wood and dim lighting in these old houses, it became clear that they were a better living space for us than a working space for our Lao staff. So in 2014 we found ourselves on a more commercial street with plenty of light and space to grow our team of Lao employees. We discovered that the narrow staircases in our new three-story building weren’t wide enough to move in mattresses or large furniture, so had to get creative in our transportation with the help of the air conditioning installer.

Finally, 2015 saw the opening of our Santa Cruz office, located conveniently (strategically?) over the Seabright Brewery. Our Santa Cruz team of marine biologists-turned freshwater fish scientists appreciate the short walk to the beach, and have been making connections with the variety of environmental groups working in our neighborhood. Between our four offices that cover a large portion of California and give us the ability to work abroad, it’s exciting to see how FISHBIO has grown over the years, and we look forward to what the next ten years will bring!