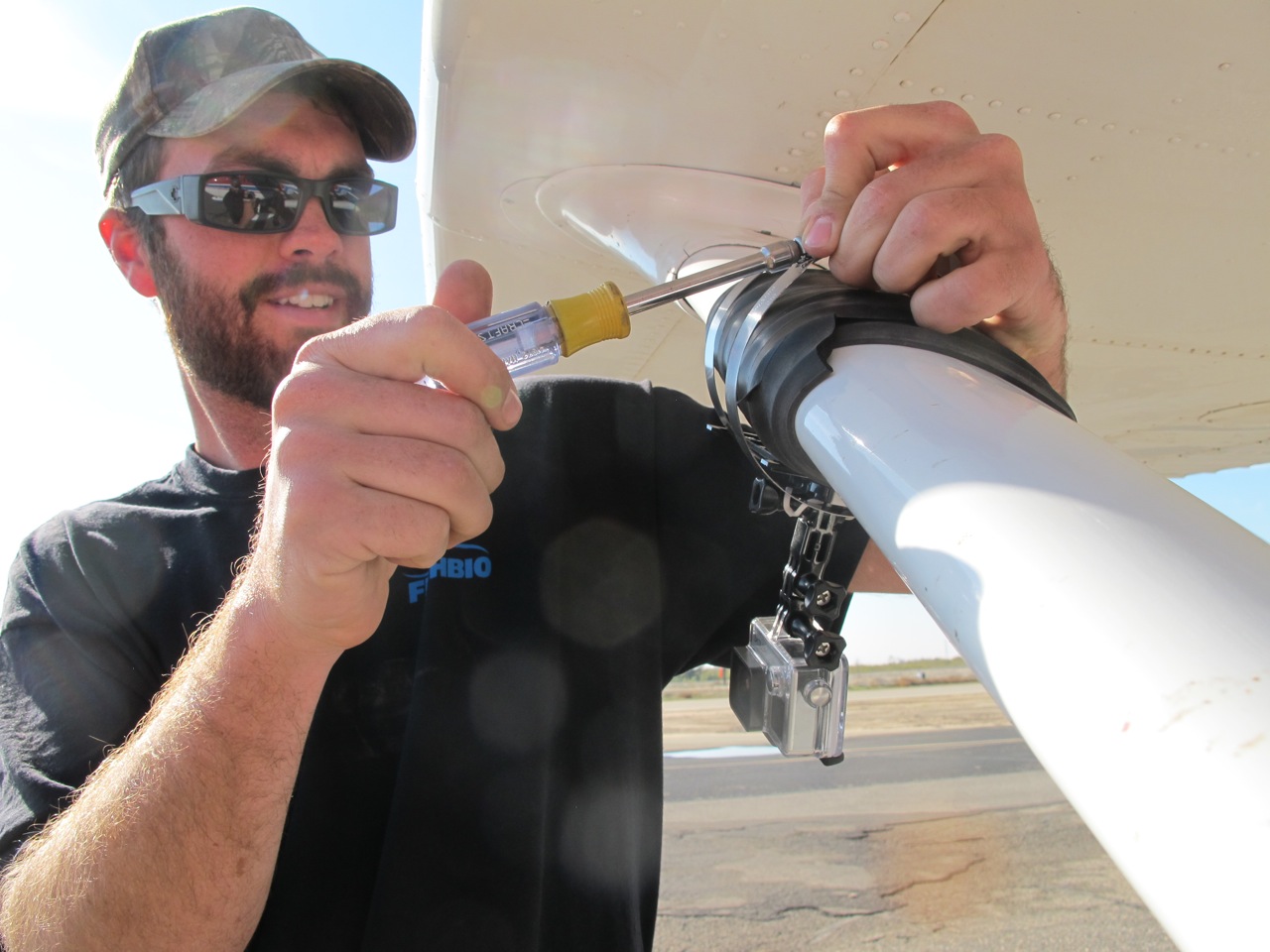 Over the years, FISHBIO has taken part in some exciting research that requires a bit of improvising along the way. Concerns about water hyacinth plaguing the waterways of the Sacramento-San Joaquin Delta over the last few months inspired us to get a big-picture view of the problem. We wanted to get a better feel for how the invasive plant is impacting local tributaries, and what effects this is having on fish populations. Unfortunately, we learned quickly that surveying the extent of the water hyacinth was difficult on the ground — navigating the rivers was impossible due to the extent of the plant growth, and our land access points along the waterways were mostly limited to road crossings. So we decided if not by land, and not by boat, then let’s strap some cameras to a plane and do it by air (but it’s worth noting that if you suffer from motion sickness, then you may want to avoid flying in a Cessna). 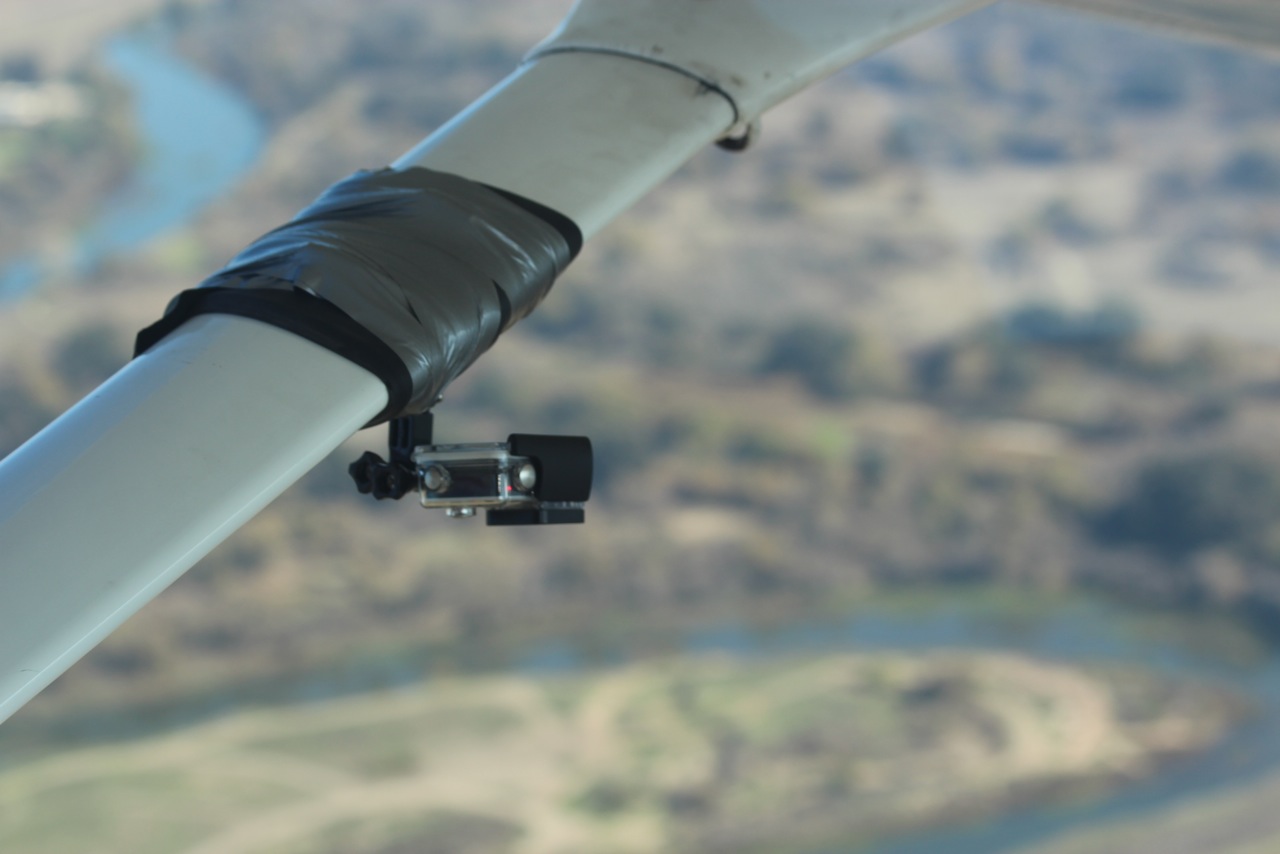 The goal of the flight was to collect information for creating a map of the rivers that highlights areas of hyacinth blockage. Using some improvised engineering, we strapped a couple of cameras to the wing struts of the plane using duct tape and hose clamps, set the cameras to record on time lapse, and took off. Overall, the flight went well and we were able to see a lot from the air, including the Tuolumne River weir, the Honolulu Bar restoration site, and the Don Pedro Reservoir—as well as water hyacinth blockages that we couldn’t survey on the ground. We are now in the process of turning the photos into a map that will show the impacts of water hyacinth on the San Joaquin Basin tributaries. We will post the results once the map is complete!