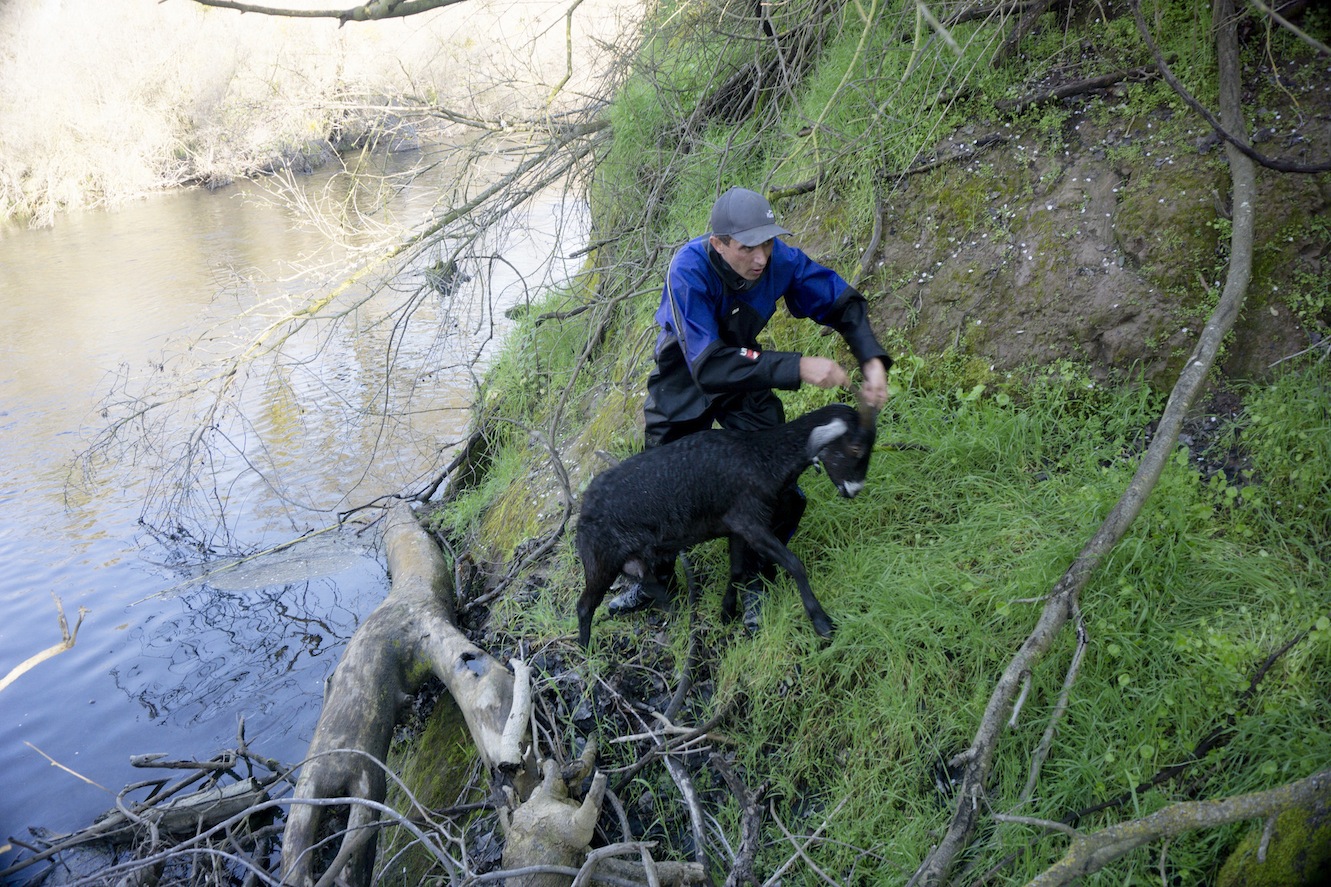 We pride ourselves on the versatility of our staff, but sometimes even we get surprised by their skills when they are put to the test in unexpected ways. We recently got a call from a relative of our company who needed help with an unusual animal issue. A handful of goats and sheep that usually walk down to the river to drink had become stranded 15 feet up a cliff when their regular path washed out and became very slick after a rain. Always up for a challenge, a few of our team took on this unconventional mission.

The operation ended up proving a bit more complicated than first anticipated. Our team first tried repelling down the side of the 50-foot cliff to reach the goats and sheep, but they were thwarted by extensive poison oak. The next day, they returned with dry suits to wade up the river until they reached the cliff. A little roping and lassoing ensued to pull the animals off the ledge. Our crew then escorted each animal down the river to a place where they could climb out, as you can see in the video above. While the rescue was successful, don’t expect to find us entering the husbandry field any time soon. 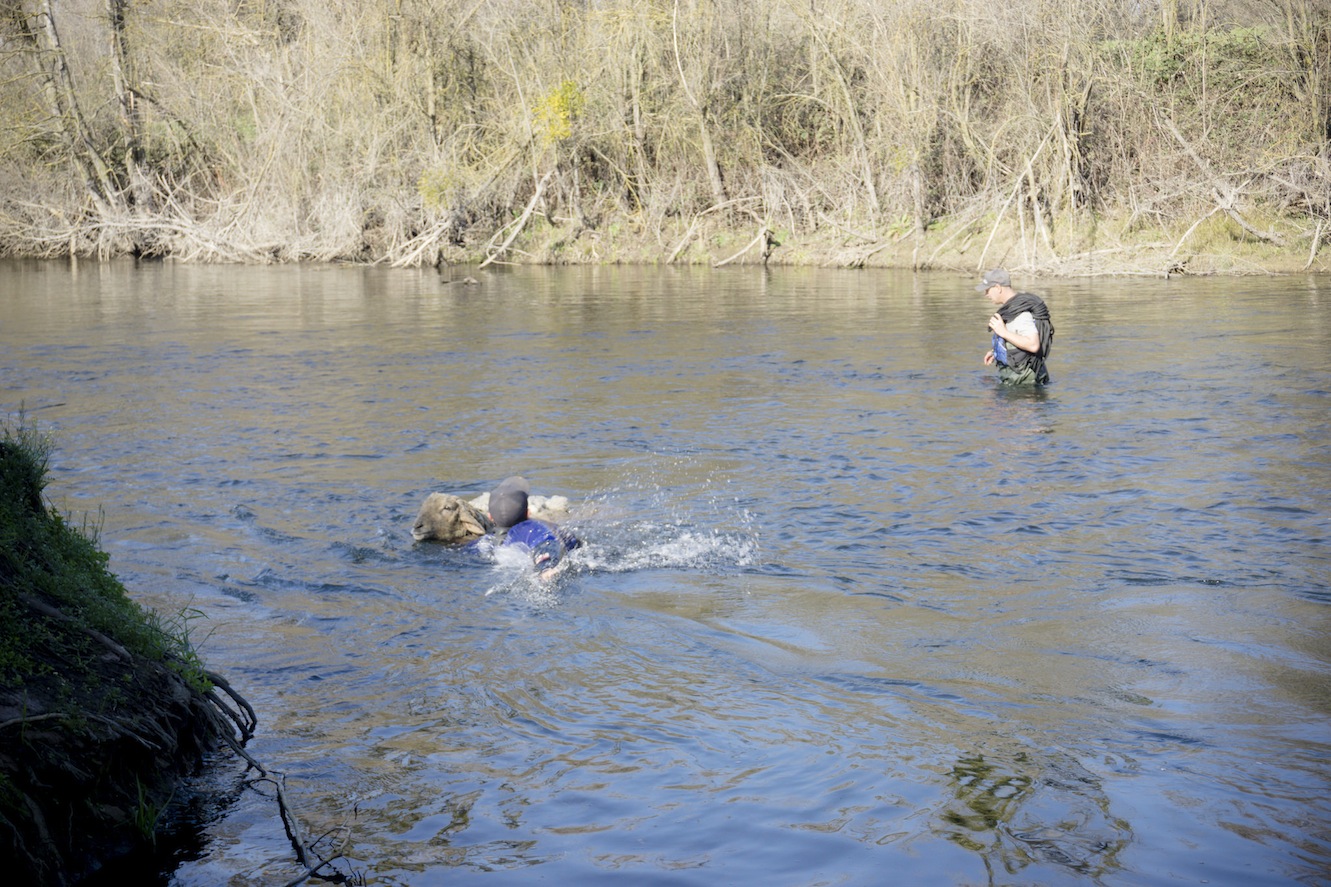