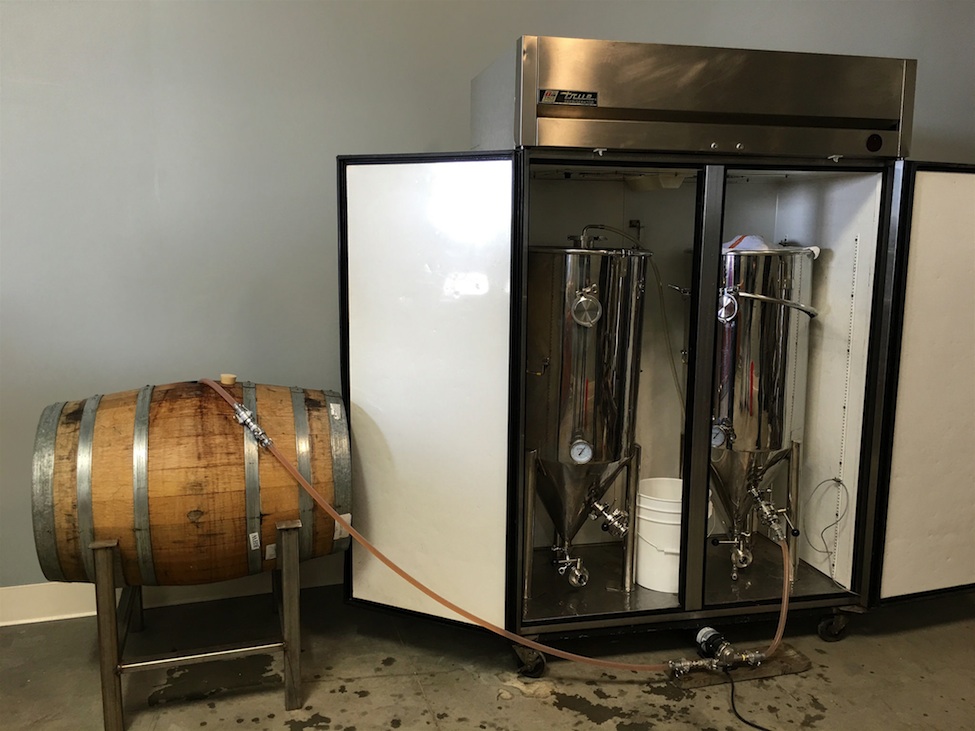 Home-brewed beer has become a staple of our holiday gift baskets. In today’s Flashback Friday, we describe FISHBIO Brewing’s foray into barrel-aged beers.

Hundreds of craft breweries feature barrel-aged beers, and for good reason: they taste fantastic. Historically, wooden barrels were used as a durable vessel for transporting beer, but with the advent of stainless-steel kegs this is no longer a necessity. Modern craft brewers now choose to age beers in barrels for the flavors that are imparted into the beer. Craft brewers mostly use either French oak or American oak to house their beer, but other types of wood like apple, alder, and hickory are also used.

Brewers that use new barrels acquire them from a cooper and fill them with a freshly fermented beer to gain oak flavors. The amount of oak flavor will depend on the type of oak used; for example, American oak has strong oak flavor, Hungarian oak is moderate, and French oak is mildest. Charring or toasting the inside of the barrels to different degrees can also modify the flavor contributed by oak barrels. Light toasted oak will impart coconut notes, while darker toast will yield more vanilla and caramelized flavors. 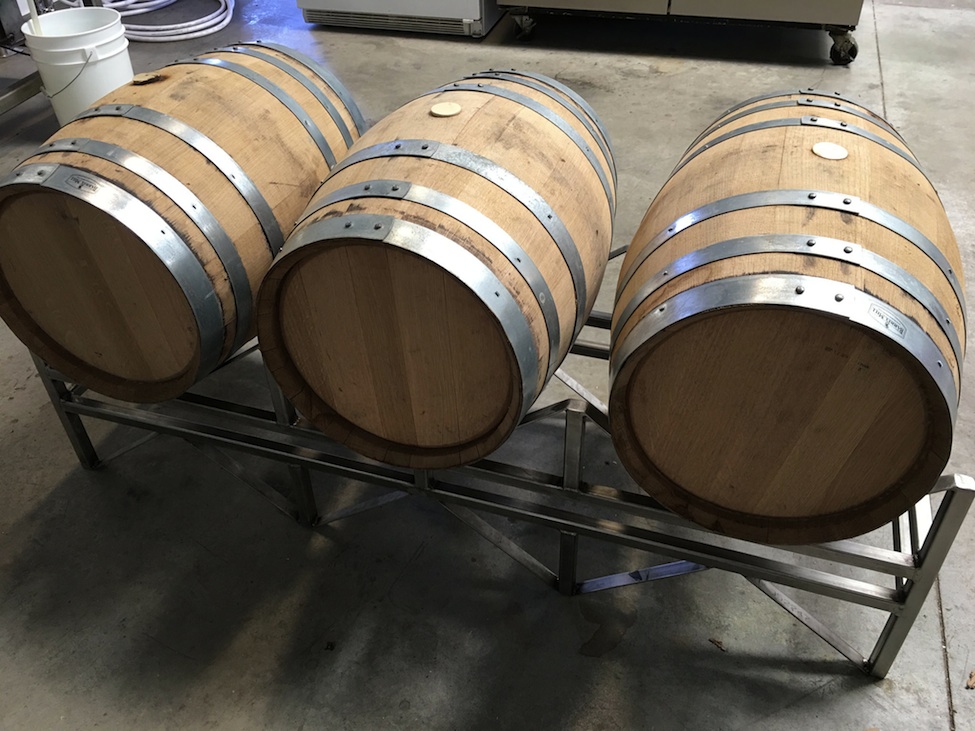 A more inventive practice employed by brewers is aging beer in freshly emptied wine or spirit barrels. Beer styles can be chosen to complement the previous contents of the barrel, but there are really no rules, so brewers can get very creative. Used barrels will contribute unique flavors from the previous spirit, whether bourbon, rye whiskey, rum, scotch, brandy or tequila. Brewers sometimes blend beers that aged in a barrel with fresh beer, or may even blend beers aged in different kinds of barrels. Distilleries only use new barrels for aging whiskey and other spirits, and at one time had no use for their emptied barrels. Now, used barrels have become a hot commodity amongst beer brewers.

The brew crew at FISHBIO has been having a bit of fun with aging beers in freshly emptied barrels. We’ve got a strong ale that’s been soaking in a red wine barrel since January, to which we recently added 30 pounds of fresh apricots from our garden. We also have a brown ale sitting in a bourbon barrel, a pale ale in a rye whiskey barrel, and a chocolate oatmeal coffee stout in another rye barrel. Beer may be kept in a barrel for a just a few weeks or up to a few years – it is completely up to the brewer and the style of beer. The best way to determine when an aging beer should be removed from the barrel and is ready to drink is by taste testing – and there are always plenty of volunteers around FISHBIO who are up for that job!