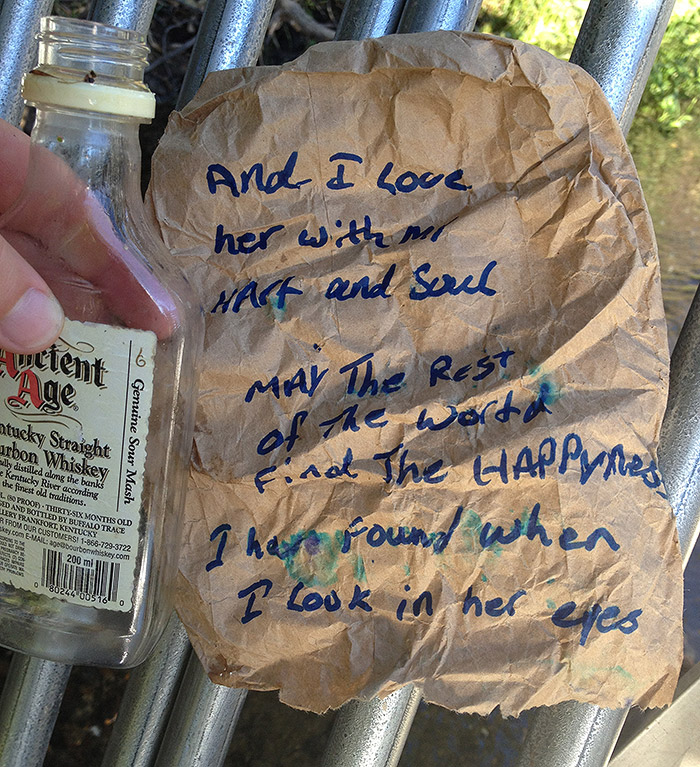 As an early Valentine for all our readers, enjoy this story about a mysterious love letter from the Tuolumne River on today’s Flashback Friday!

Long before text messaging and emails became the preferred way to distribute written messages, people have been tossing notes encapsulated in glass into the sea. In 2012, a Scottish fisherman recovered the oldest-known message in a bottle, which was released nearly 98 years ago as an experiment to chart water currents (longest research project ever). Perhaps inspired by the song from the Police or the Kevin Costner romance movie, this bottle was cast into the Tuolumne River to declare one’s love.  Even though we intercepted this note before it had a chance to reach some distant beach, it is now available to a much larger audience.

The Tuolumne River must be a hot spot for messages in bottles, because we found another bottled message there in 2014! Find out what it said here.