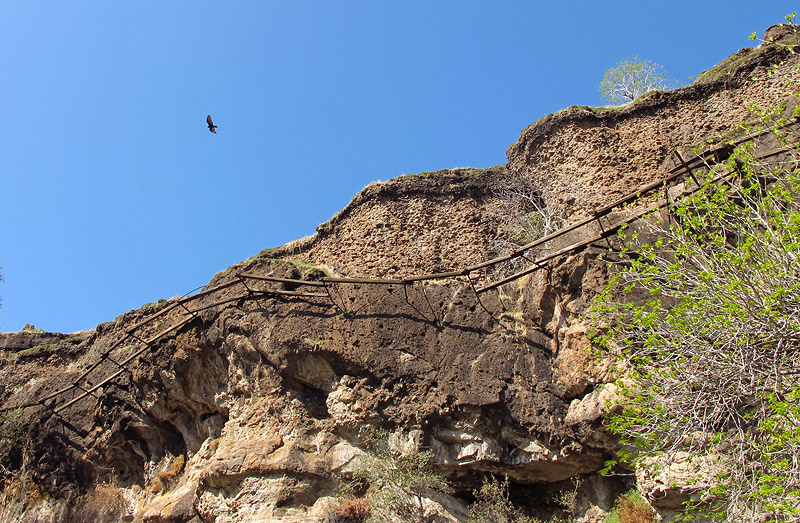 Our crew snapped a photo of this mysterious wooden structure while conducting juvenile Chinook salmon surveys in a remote section of the Stanislaus River. Although the structure may appear to be an oddly placed, horizontal fence, it is actually the remains of a long-gone hanging flume, a relic of the gold mining era. While rock flumes are more common throughout the gold mining region of the Sierra Nevada Mountains, hanging flumes are a rare sight. Iron stakes were hammered into holes, which were drilled into the face of the canyon wall, to support a suspended wooden chute. At the turn of the century prospectors and Chinese laborers constructed miles of flumes from stone, wood, metal and earth. The flumes were essentially aqueduct systems constructed to carry water to where it was needed for gold mining, lumber mills, flour mills and agriculture. Although not as old as the flumes first used by the Romans in 300 BC to transport water, it is still a fascinating sight.