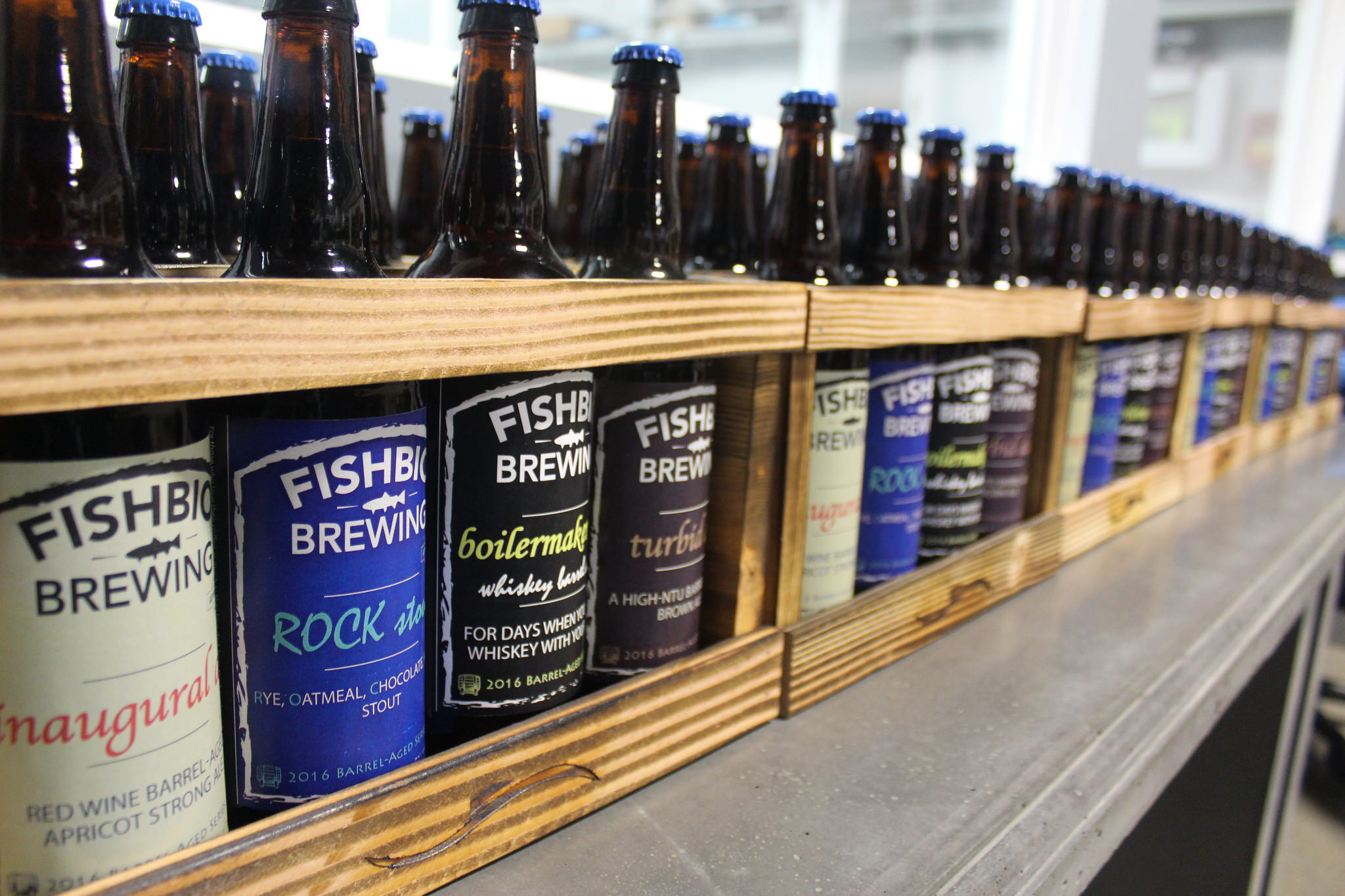 For the past couple of years we have been sharing homemade goods from the garden with our staff and friends during the holidays. This year, we added homemade beer to the list. We have had fun this past year not only developing new beer recipes, but also experimenting with barrel aging beers. We started 2016 with a freshly emptied wine barrel that we filled with a strong ale, added 30 pounds of apricots fresh from the garden a few months later, then let it age five more months. We named this beer “Inaugural Ale” since it was out first barrel-aged beer.

We also aged a pale ale in a rye whiskey barrel, a breakfast stout in a rye whiskey barrel and a brown ale in a bourbon barrel. The breakfast stout is named “ROCK Stout” to account for its Rye, Oatmeal, Chocolate, and Kona coffee influences, while the brown is named “Turbid Ale” due to its sediment content. With four distinct barrel-aged beers, we decided to make custom labels highlighting our barrel series, and fabricated some wood boxes to display the set. We recently had an office tasting at our year-end meeting and the beers were fantastic – everyone had a favorite. The only problem with the set of barrel-aged beers is going to be having enough to go around.