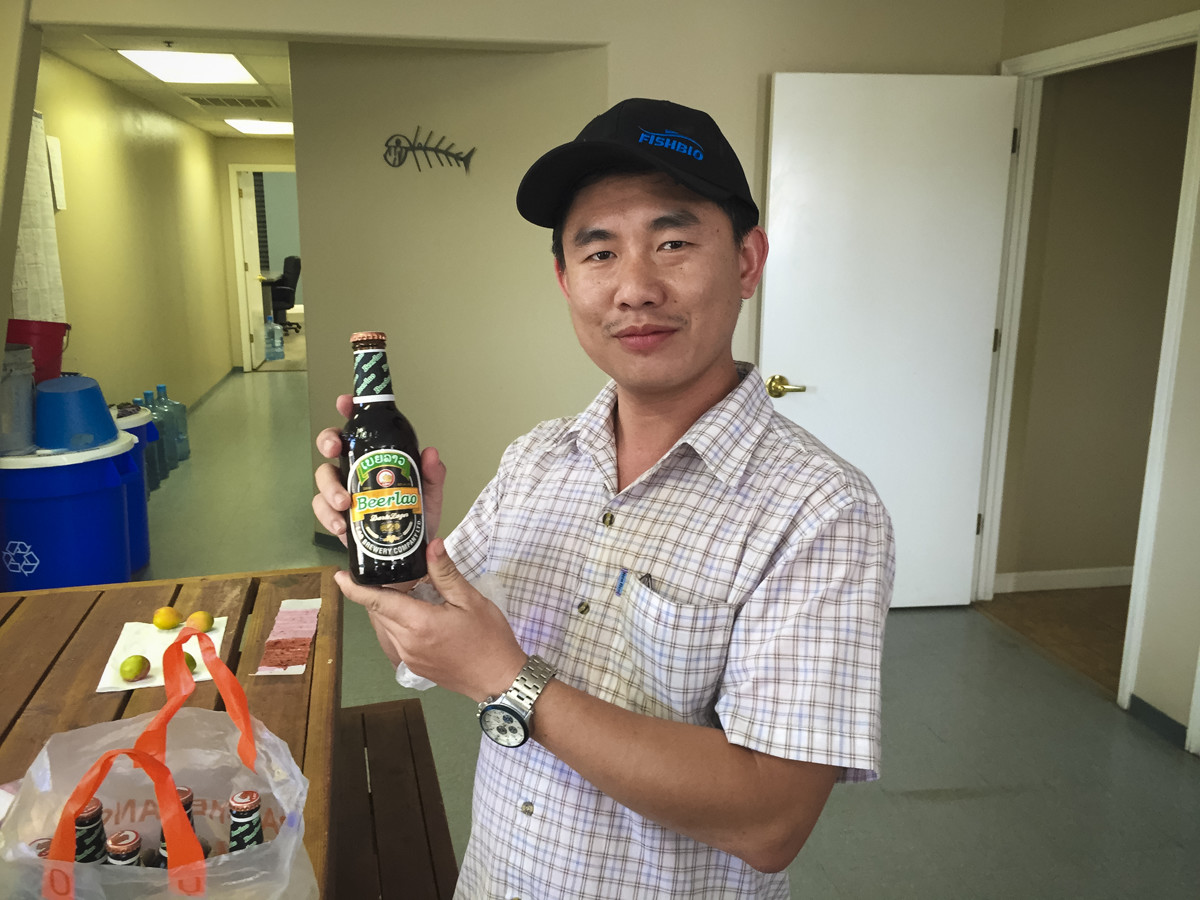 While FISHBIO’s U.S.-based staff spend a fair amount of time traveling to work in Southeast Asia, we love it when staff from our international office can make the reverse trip. We recently hosted a visit from Sinsamout, the head of FISHBIO’s Lao office, who also goes by “Mout.” Following a whirlwind experience at the American Fisheries Society Meeting in Portland, Oregon, (where Mout presented on the use of Fish Conservation Zones in Laos), he made a FISHBIO grand tour of California. During his last stateside visit in 2012, Mout was immersed in fieldwork at our Oakdale office, including gillnetting, electrofishing, weir monitoring, fish marking and salmon redd mapping. This time, we wanted him to visit all of our offices, and of course experience a healthy dose of American FISHBIO culture. This video shares some of the highlights of his trip.

As part of our cross-cultural exchange, Mout tried his first burrito while in Chico. Probably more popular were the smoked salmon and fresh salmon poke that our Chico staff prepared for a backyard party in his honor. There, Mout showed us his handy party trick of opening one beer bottle with another, which drew much admiration. Not to be outdone when it comes to food, our Oakdale staff grilled up a steak lunch to make sure Mout got to eat his favorite American food during his visit. Mout also sampled some of the offerings from our garden: he was a big fan of the strawberries, tasted his first fig, and even tried a bite of our hottest chili peppers. Like many Lao people, Mout likes his foods extra spicy. He thought our scorpion chili would be great in papaya salad, but he may have met his match with our Carolina reaper chili! 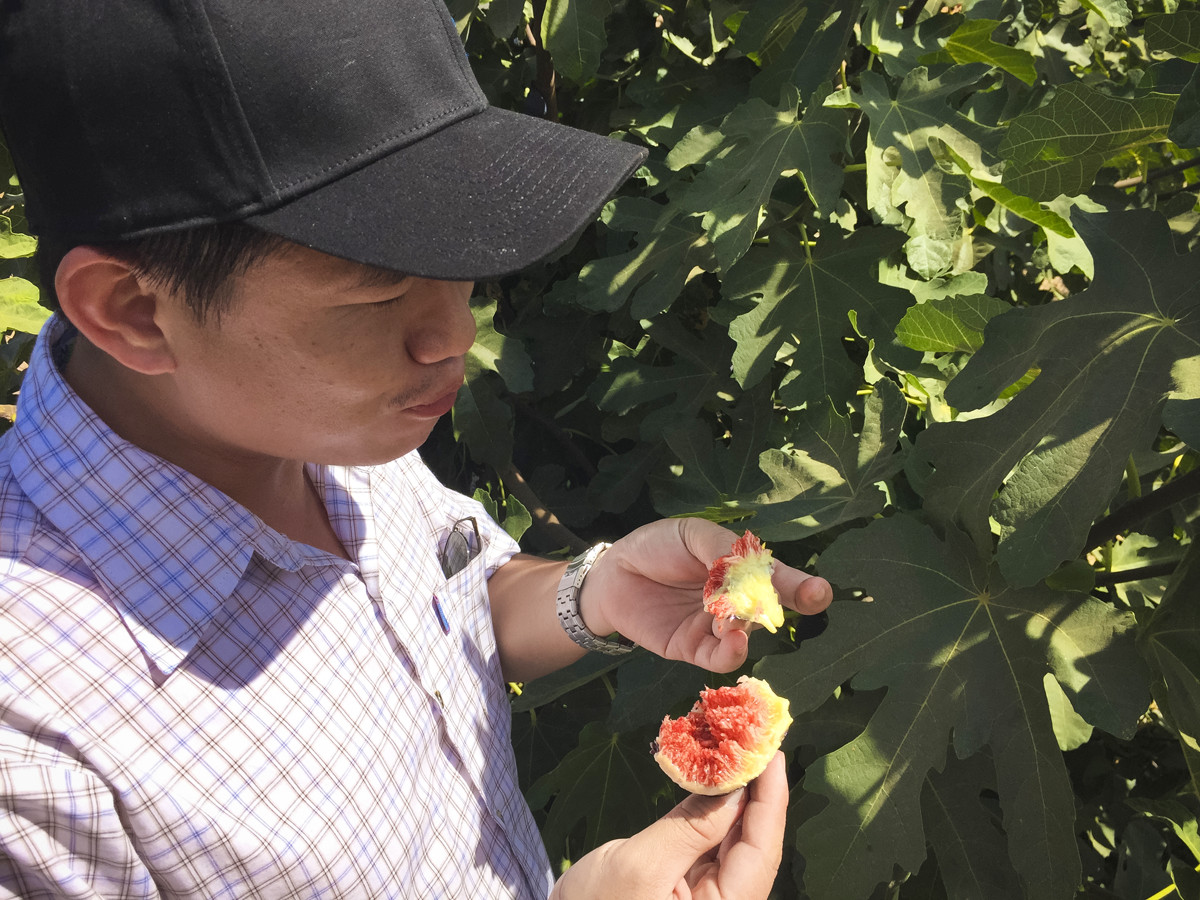 Mout also spent some time in our FABLAB during his Oakdale visit, where he toured our new fish lab and tried his hand at spray painting, welding, and even forklift driving. The grand tour ended with a visit to the Monterey Bay Aquarium, where he petted the bat rays, touched a sea urchin and watched the jellies and tuna. He sampled some seafood, visited our Santa Cruz office, and even dipped his feet in the Pacific Ocean. We all really enjoyed the chance to see Mout again or meet him for the first time. Perhaps most memorably, Mout shared his favorite pastime with us: karaoke. Though it took a while for our staff to really warm up and match his enthusiasm for this popular Lao activity, even the most reserved among us were singing along before the night was over. This confirmed our high opinion of Mout: not only does he work incredibly hard to keep our Lao office running, he is also the life of the party.