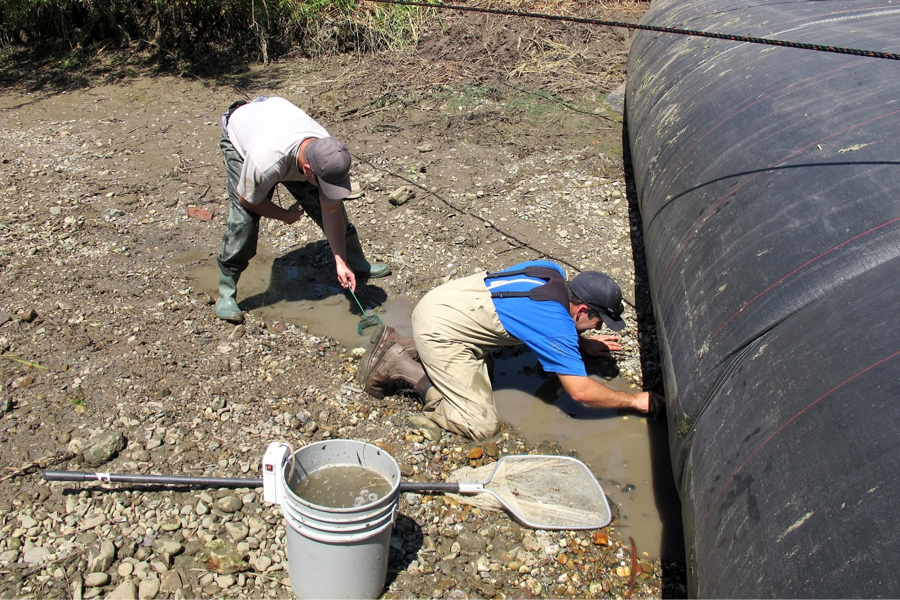 These two fishery biologists are checking every last hiding spot for fishes that are being temporarily deprived of water. We recently monitored conditions in a small section of Mormon Slough and relocated fish that become stranded when a small section of the river was temporarily blocked by water-filled dams and the channel was pumped dry. Downstream flow was diverted around the project site through neighboring stream channels. FISHBIO has conducted a number of fish rescues over the years (see Expect the unexpected, A muddy situation), and this particular effort is part of a fish passage improvement project on the Calaveras River.

The fish passage problem is due to a low-flow road crossing that consists of three 3-foot diameter corrugated metal culverts in a concrete road prism. The road crossings are a substantial barrier to upstream migration of adult salmonids because water velocities often exceed those that salmon require for effective passage through the culverts, over the downstream apron, and over the riprap. The old crossing is being removed and replaced by three large, bottomless box culverts with a concrete overlay. Old, jagged concrete riprap will be removed from the channel bottom and replaced with rounded cobble and gravel. The new road crossing and reshaped channel bottom should provide easier passage for migrating salmonids. 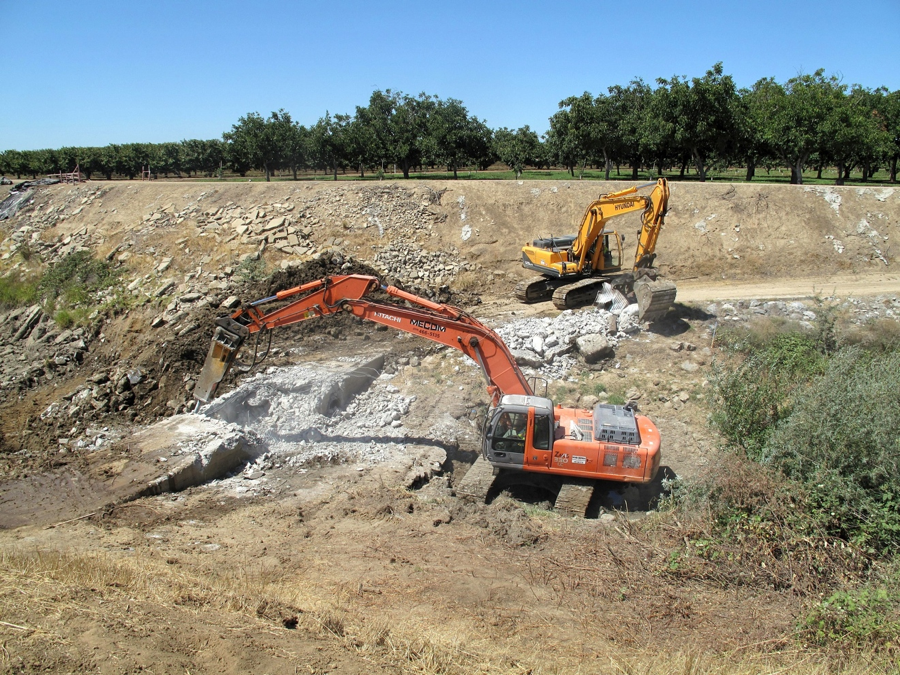 Many anadromous streams in the western United States have been highly altered from their historic conditions. During the 19th and 20th centuries, thousands of barriers to fish passage were erected as roads, bridges, and dams were built, which blocked the passage of anadromous fish and fragmented aquatic habitat. During the late 1990s, California, Washington, Oregon, and Alaska began to develop coordinated, statewide fish passage efforts. The California Fish Passage Forum is an association of public, private, and government organizations working to coordinate efforts to remove migration barriers. For the project described above, the Stockton East Water District is working with the Department of Water Resources Fish Passage Improvement Program to make the Calaveras River more easily accessible to migrating salmon and steelhead.