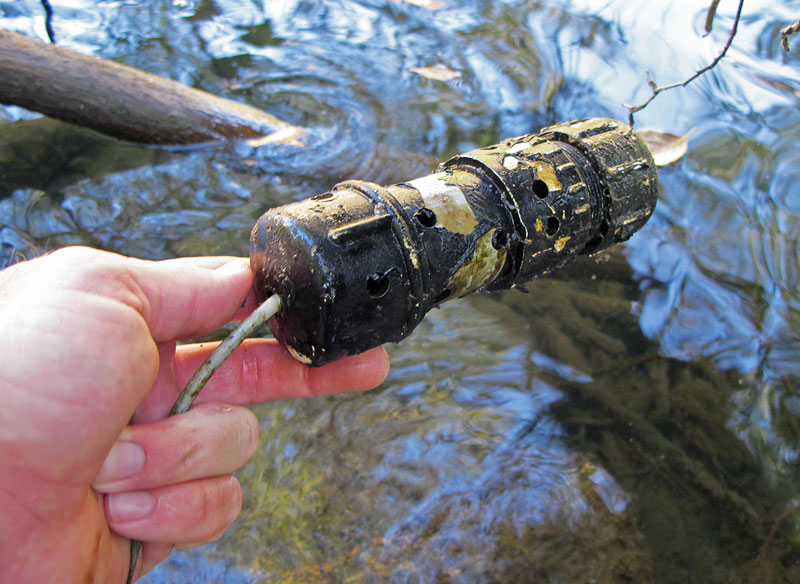 Although this little device has been mistaken for a pipe-bomb, as was the case this summer in Monterey County, it is actually a high-tech piece of monitoring equipment. This is a temperature data logger housed inside a perforated steel pipe. The data logger is placed in the river channel to record water temperature at regular intervals. It is common practice in fisheries monitoring to attach these pipes to trees by a cable, which can prevent theft and vandalism. 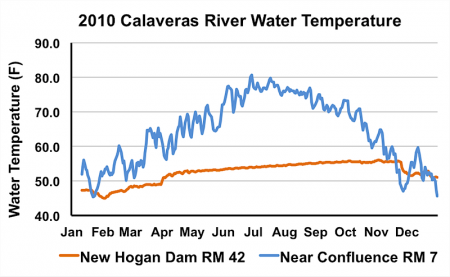 Temperature data loggers, such as the HOBO Water Temp Pro, can be programmed to record temperature in intervals from 1 second to 18 hours. The devices are accurate to 0.2°C (0.32°F) and can record for up to 6 years, depending on the logging interval. We often deploy them in rivers to evaluate seasonal changes in water temperature and changes in temperature along stream gradients. For example, this graph demonstrates how water released from the bottom of New Hogan Dam remains relatively cold and stable year-round, but the temperature can fluctuate considerably near the confluence with the San Joaquin River. As the water passes 35 miles downstream it becomes influenced by ambient air temperature, rising in the summer and cooling in the winter.