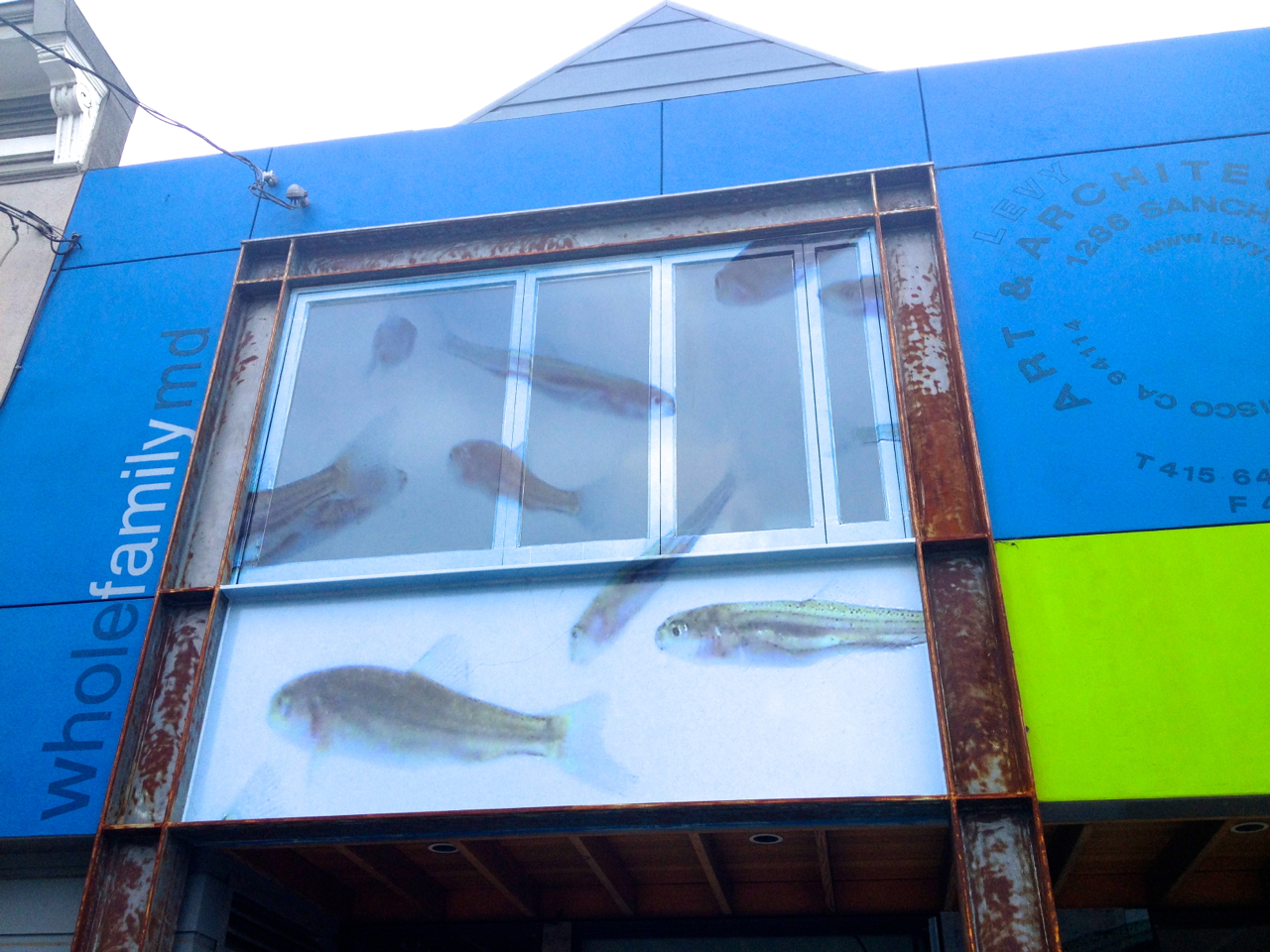 We’ve always taken pride in our photography at FISHBIO, especially in our pictures of fish, which are notoriously hard to document. Now, thanks to artist Todd Gilens, we’ve gone big: building-size big. Gilens has used a FISHBIO photograph of juvenile Sacramento suckers to turn the front of an art and architecture studio into its own art piece called “Overlook.” The piece is now on display at 1286 Sanchez St. in San Francisco through the end of August.

Gilens, who has created many environmentally themed projects, said he wanted to tie the studio to the historic natural environment of its location. The studio sits in San Francisco’s Noe Valley, which once collected the water that flowed off Twin Peaks, the major geographic feature in the city. “I looked at the old drainage patterns and the stream that ran through what’s now the commercial strip of Noe Valley would have passed by the architecture studio,” Gilens told FISHBIO. “If you were [at the studio] in pre-colonial times, it would have been a good place to overlook the stream as it went by.”

Although there aren’t any historical fish surveys of that now-vanished stream, a local biologist gave Gilens a list of species that would likely have inhabited the location, based on current species distributions in San Francisco Bay tributaries. An online search lead him to FISHBIO’s photo of the Sacramento sucker in this blog post. Gilens said he was looking for a certain type of photograph to work with the building’s complicated façade. “I’m not trying to present a billboard that shows a picture of fish in an isolated way, but to make a synthesis of fish and architecture, so it flips back and forth between the building and these swimming beings,” he said. 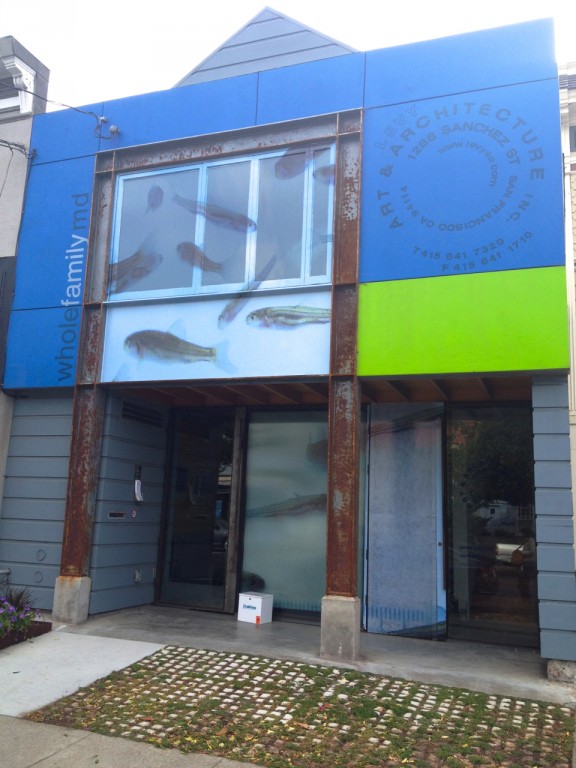 Gilens said the name “Overlook” has a double meaning: for the studio’s vantage point overlooking the historic stream location, and also for the things we overlook or don’t see in our daily lives. The project points out that certain species and natural features are missing from our local environment, but sometimes we don’t even realize they are missing, he said.

As for converting a photo into a building-sized wrap, Gilens said he uses technology from the advertising industry. “It’s basically like a giant ink jet printer,” he said. Gilens sends away high-quality image files for printing, and gets back large rolls of material similar to contact paper. He peels away the wax paper backing and presses the material onto the front of the building, creating a unique piece of art.

Inside the building is a photography exhibition that documents another of Gilens’ projects called “Endangered Species.” For that project, he wrapped four San Francisco buses with photos of local endangered species. After the buses circulated the city between January 2011 and April 2012, Gilens removed the wraps and destroyed them, but their memory lives on in a series of photographs. He wanted the temporary nature of the project to reflect the precarious situation of species threatened with extinction. “You have this tension or contrast between the record of the thing as a photograph and the thing as a living, temporary object,” he said. If you are in the neighborhood, be sure to stop by the exhibit to check out the photos – and admire the creative use of ours out front!