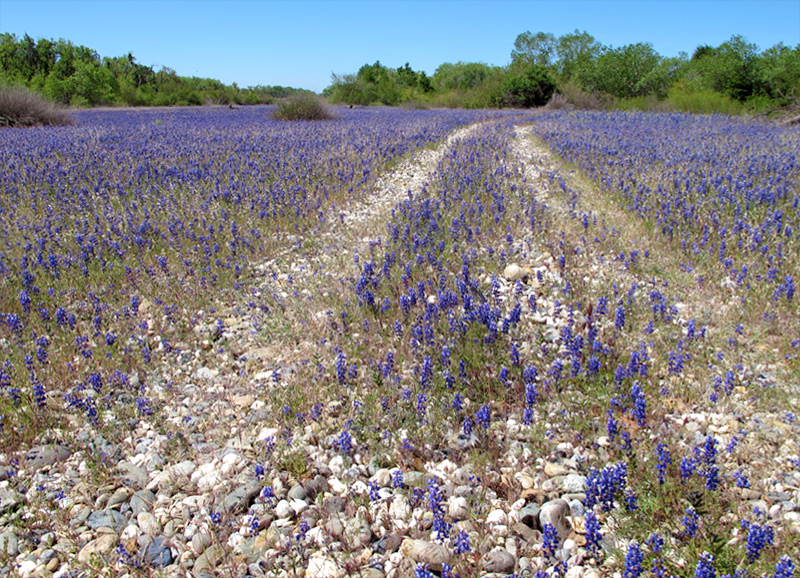 Spring blooms of lupine lend shades of blue and purple to otherwise featureless gravel bars and dry side channels in watersheds throughout California. Lupines, like many other legumes, don’t rely on soil nitrogen for nutrition. Instead, they have the ability to convert nitrogen gas from the atmosphere into ammonia, a biologically useful form. This ability allows lupines to thrive on infertile substrates, as well as enrich the ground and improve growing conditions for other plants over time.

Of the roughly 300 described species of lupine, the majority contain toxic alkaloids, and lupine poisoning is a common cause of livestock death in the western US. Despite this fact, people have used the bean pods produced by lupines as a food source for thousands of years. Popular in the Mediterranean since Roman times, the beans require a series of steps to leach the toxins before they can be eaten (such as soaking in salt solution or water, sometimes for several weeks).

In modern times, people have cultivated varieties of lupine containing reduced amounts of toxins, particularly in Europe. These beans are increasingly used in vegetarian cuisine and as a substitute for soy. Although we can’t reach for wild lupine as an easy, tasty riverside snack to munch on in the field, a spring bloom is a welcome sight in areas mostly devoid of color the rest of the year. 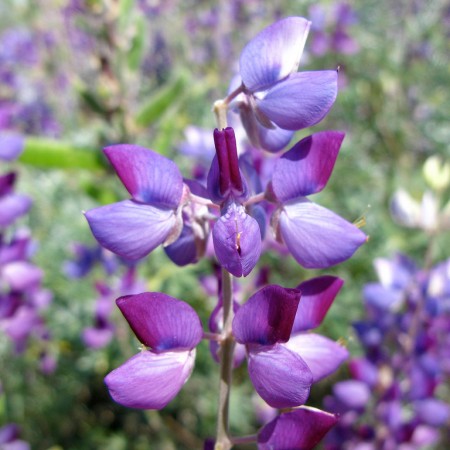