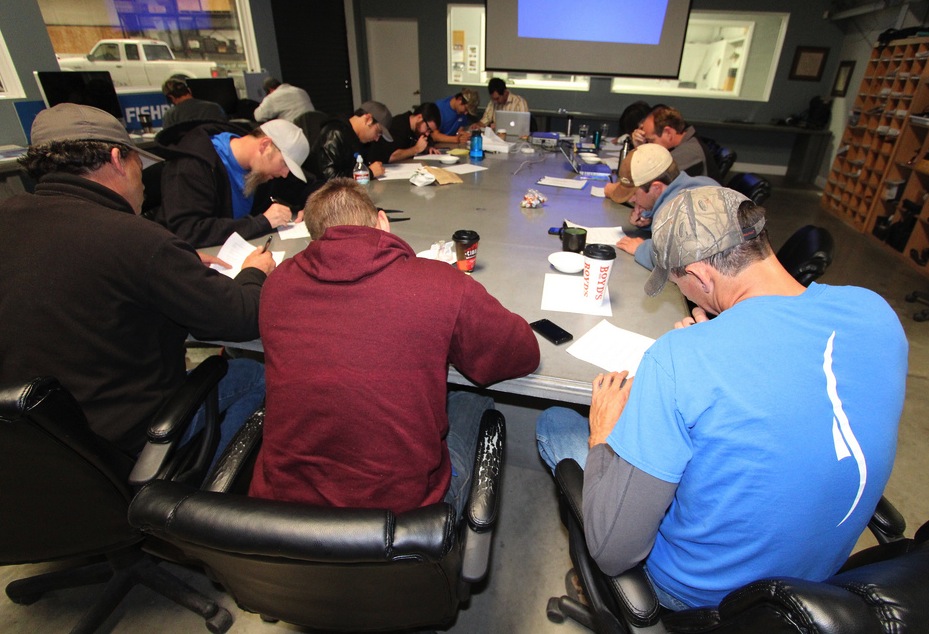 With our staff working on so many projects throughout California and Southeast Asia, it’s rare to get more than a handful of us together in one place at the same time. But we managed a good turnout for a recent fish identification workshop to ensure our staff had an opportunity to learn and discuss distinguishing characteristics of relevant fish species.  For newer employees, it was the perfect opportunity to learn about species rarely encountered during routine field activities, such as the Delta smelt or Sacramento blackfish. For more seasoned employees, the workshop provided the ideal time to sharpen their skills and hone their fish knowledge – which was tested during a final quiz in the photo shown above.

It is often said a picture is worth a thousand words, but in the realm of field biology, a good photograph of a rare species may be worth even more.  The best-rated field guidebooks present both thorough scientific descriptions and representative photographs. However, one picture never seems to be enough for us at FISHBIO, which may be why we carry cameras with us every day we work in the field. During the fish identification workshop, one of our biologists presented a chart that compared the number of relevant fish species we might encounter to those we had taken pictures of. Amazingly, we have photographed 45 of the 63 fish species that could be encountered in our study areas, indicating the volume and diversity of our photo library. (See Flickr for our photo inventory)

One interesting thing to come out of the workshop was the variation in cues that our field crew use to make quick field identifications. For example, one method to quickly distinguish between a juvenile rainbow trout and Chinook salmon is to note the depth of the fork on their caudal fins, with the salmon having deeper forks. As one of our field biologists stated, “While snorkeling, you might just get a split second to identify the species, approximate its size, and count a school of fish before the next school crosses your path. So, you better have your identification methods down before you get in the water.” Now that our ID skills are refreshed, guess it’s time to hit the water!