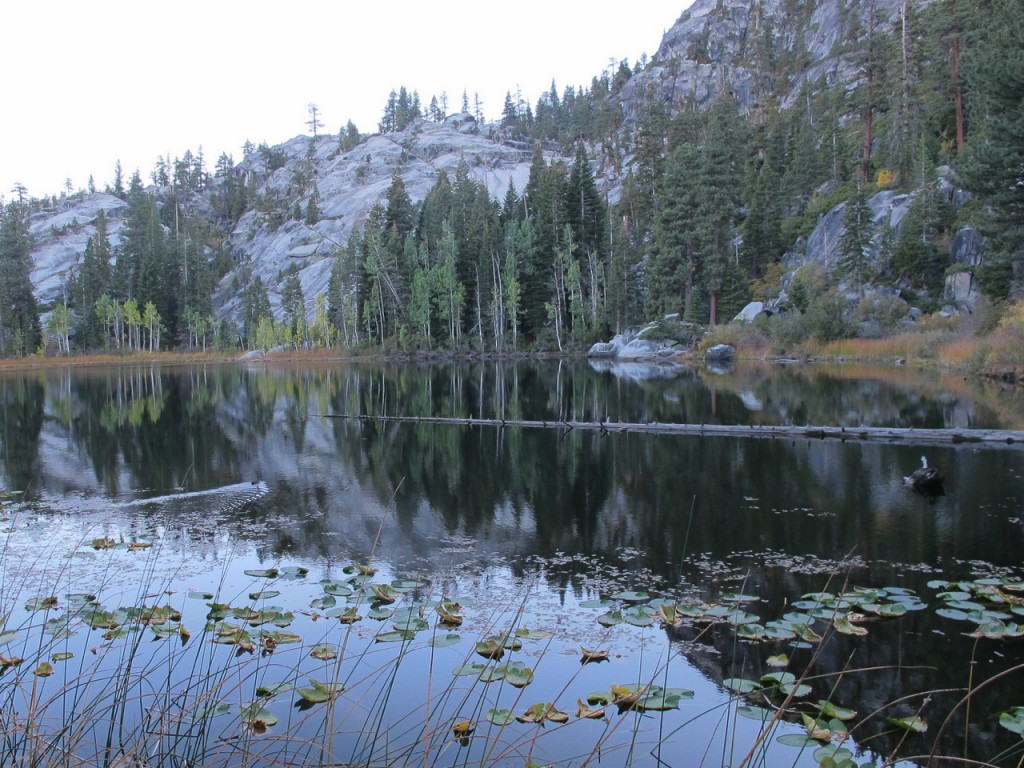 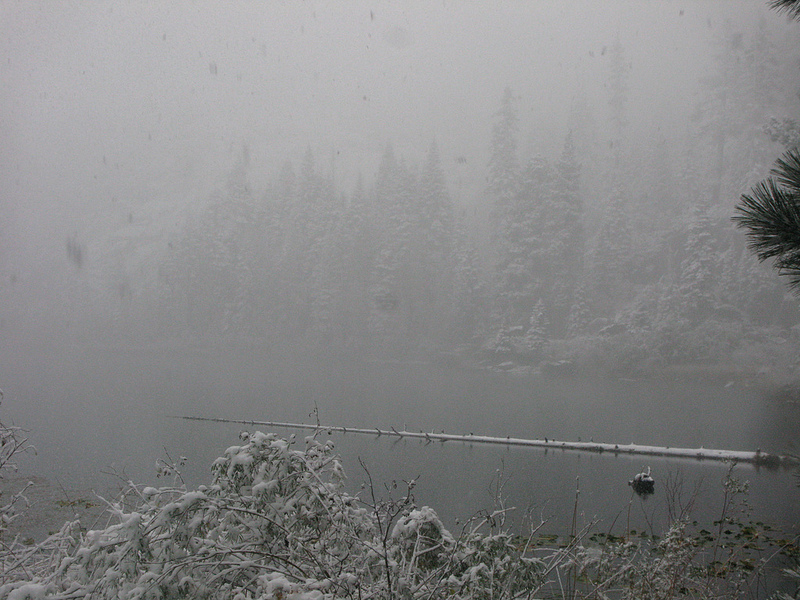 Sometimes when the weather turns, it can completely change the season. We experienced such a flip of the switch during recent work in the Sierra Nevada while sampling the South Fork of the San Joaquin River (see Come sun or come snow). As we passed the same vantage point on Lake Ward en route to our field sites, we witnessed three different scenes over the course of three days: before, during, and after the first big snowfall of the season. Although it was only October, we saw the landscape transformed into a white winterland. Snow is a rare encounter for our field crew, but a little (or quite a lot) didn’t stop our work – though it did require us to buy chains for our truck. 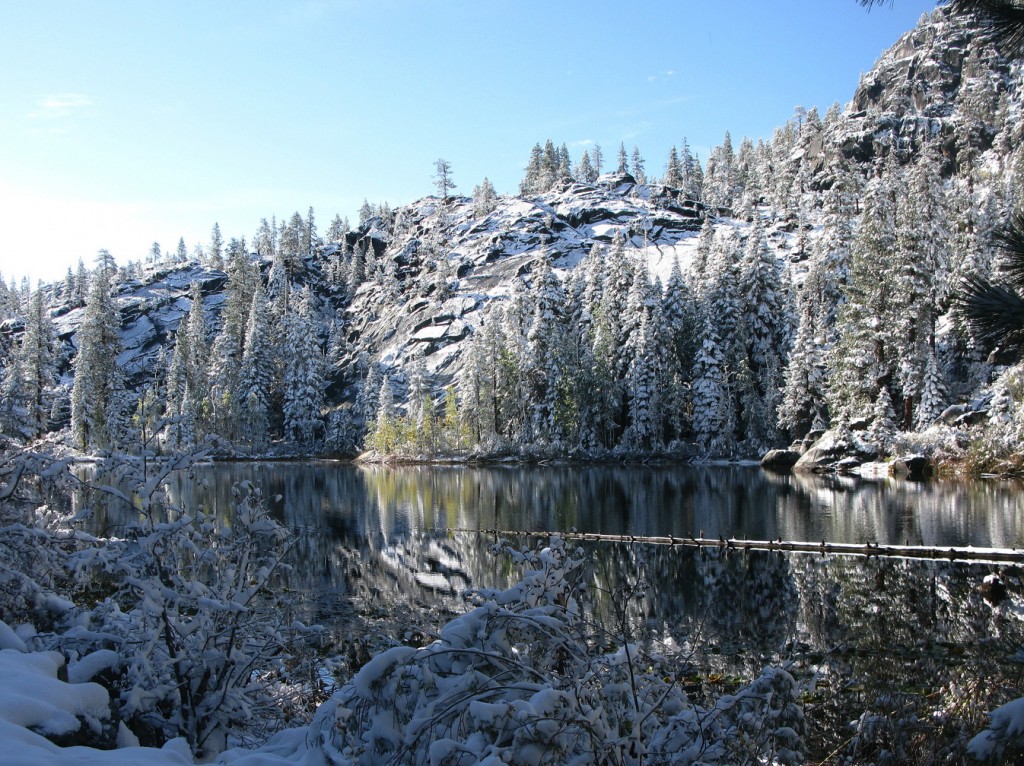 Snowfall and the melting snowpack are extremely important sources of water to the river systems and reservoirs in California. However, with the state experiencing its second dry year in a row, the snowpack is less than half of its average size, and most major reservoirs are well below their average water levels – leaving many hoping for snow. In fact, several California water managers will be turning to cloud seeding this year to boost snow production and wring out every bit of spare moisture. The futuristic practice involves shooting silver iodine particles into cloud systems that are already producing snow (or just about to), which triggers ice crystals to form and fall as extra snowflakes. To keep the water flowing, hopefully the West will be seeing a lot more white this winter, one way or another.