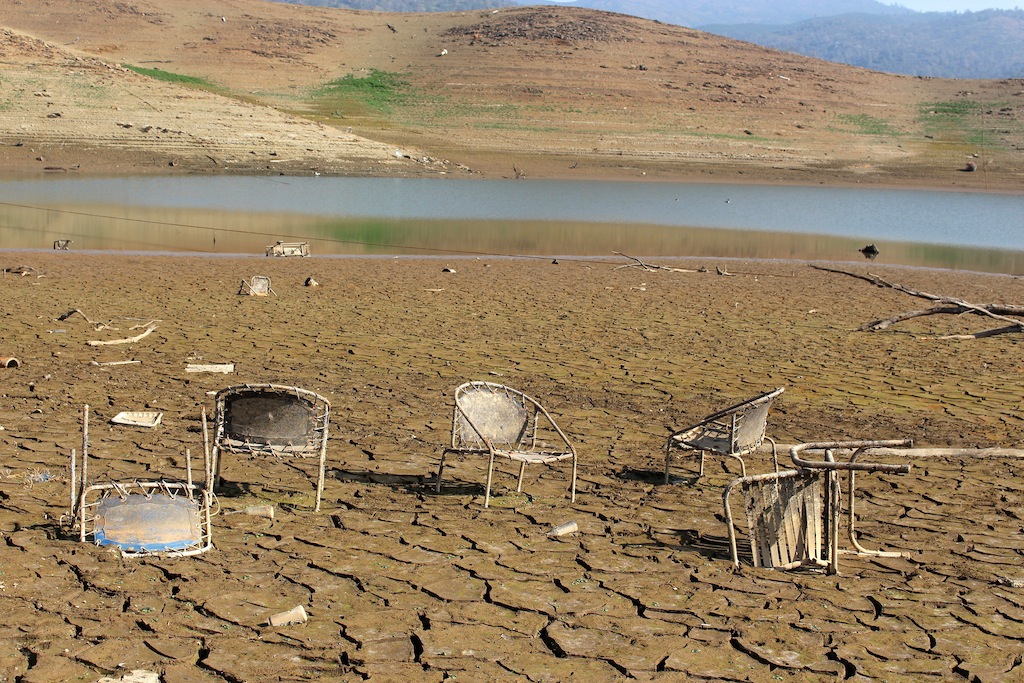 While many of us often use lakes and reservoirs for recreation, usually we can only imagine what might lie at the bottom of these popular water bodies. But now that many California reservoirs are reaching record low levels, they are bringing surprising revelations to light. When we made a recent visit to Lake McClure to see its record low storage firsthand, we were a bit taken aback by the shear amount of litter exposed on the dry lake bottom. As expected, we found lost fishing tackle like poles and lures, but we also encountered larger items like trolling motors, car batteries, and even boat hulls. Many objects like hats and sunglasses appeared to have been lost while boating. But the most abundant items were things you would expect to find on a houseboat or patio boat, including patio chairs, BBQs, beverage containers, and red solo cups by the hundreds, as if the parties were carrying on subsurface.

Litter in our waterways is a serious issue, and we do our best to mitigate its impacts, from conducting creek cleanups to setting up impromptu garbage services. In this instance, however, the trash has almost taken on an archeological air, providing glimpses into past events at times of higher water levels – which are now starting to feel like a distant memory. Although we kept a keen eye out for things of value, we came up empty handed. However, we imagine there is treasure to be found buried in the thick layer of mud coating these exposed lake bottoms. Perhaps a good metal detector and shovel could yield some rewards.