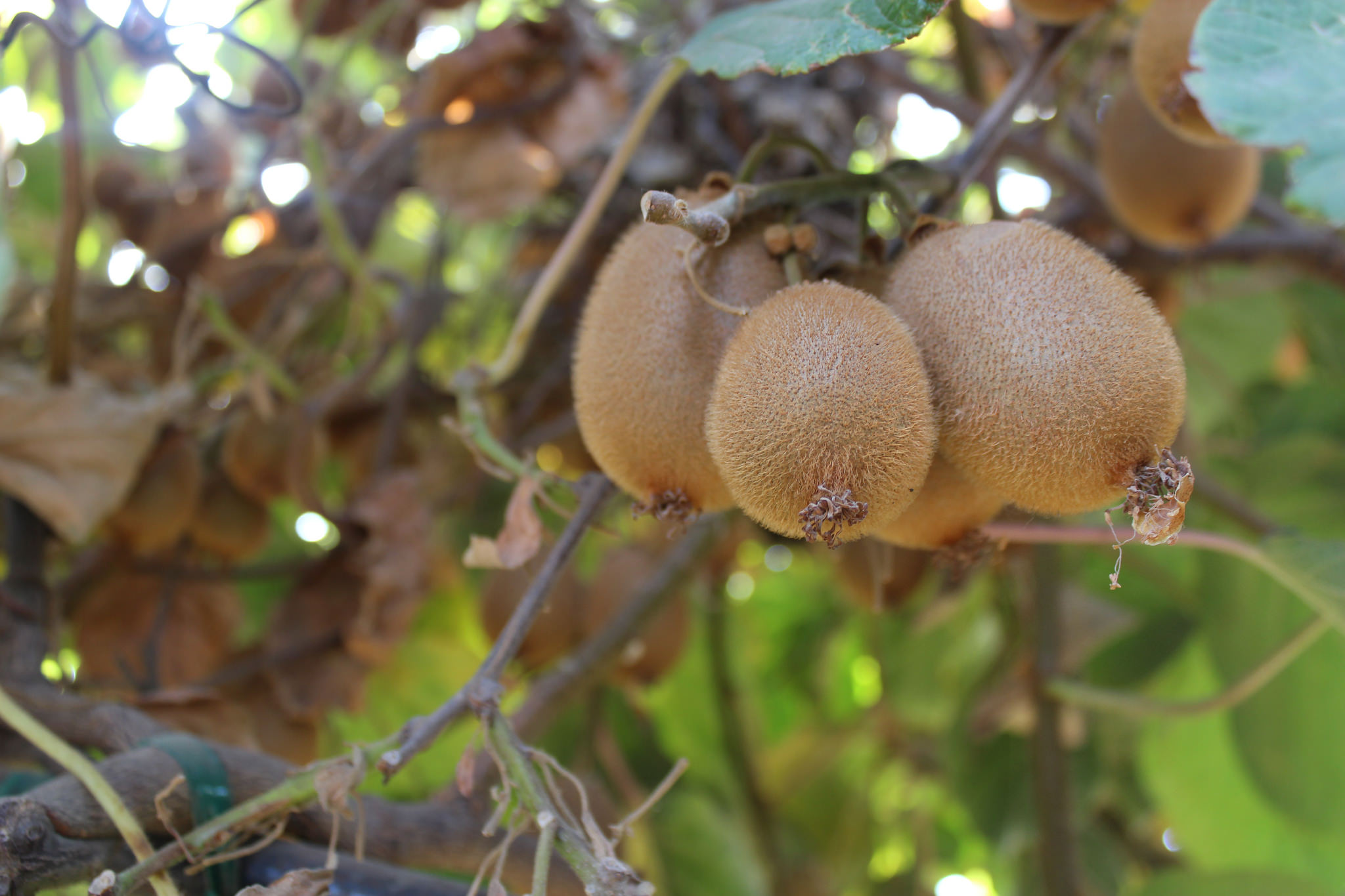 FISHBIO Farms has enjoyed many fruits and vegetables over the last few years, but one fruit we have yet to taste is the FISHBIO kiwi.  We planted kiwis at FISHBIO Farms in 2013, and although the vines have thrived, we have yet to harvest a crop! This had us scratching our heads and wondering why we had not seen any fruit during the past four years. We were very careful to select both male and female vines, since the plants are dioecious (male and female reproductive parts are in separate individual plants). We also had the right ratio of female to male vines (8:1), and had bees flying around the garden to help with pollination. Upon further research, we learned that it takes three to four years (or more) to produce the first crop of kiwi. So, we’ve been patiently waiting, and low and behold, this past spring there were blossoms on the vines. We kept an eye on the vines once the blossoms fell off, and were pleasantly surprised to see tiny kiwis growing. Kiwis are typically harvested in October or November, and our little fruits have since grown to the size of large eggs, ready for picking. 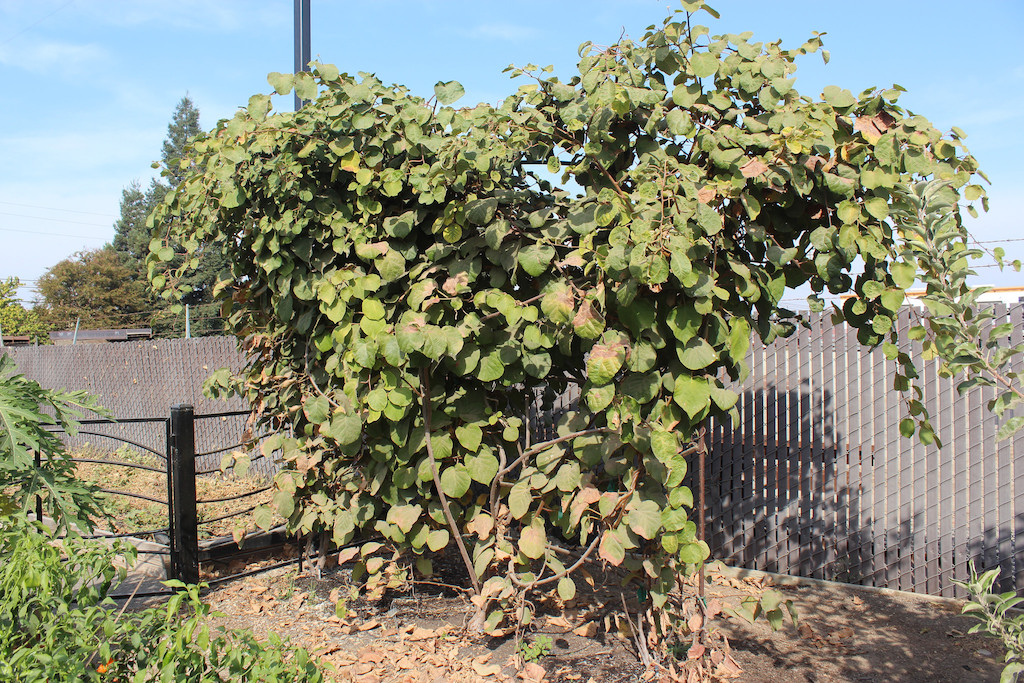 Kiwis are native to China and were originally called Chinese gooseberries, but were later renamed “kiwis” when New Zealand began growing them commercially in the 1940s.  Californian farmers began growing kiwis in the late 1960s, and now almost all (98 percent) of kiwis grown in the U.S. are grown in California’s Central Valley. The main variety of kiwi grown in California is the Hayward because of its large fruit. All parts of the kiwi are edible, but most people discard the skin due to its texture.  Kiwis are very nutritious, containing twice the vitamin C of an orange and more potassium than bananas. The flesh of the fruit is bright green, with dark purple or nearly black seeds, and has a sweet and tangy taste. We can’t wait to find ways to use kiwi in our kitchen at FISHBIO this fall. An interesting tip we recently learned, and are excited to try, is that kiwis work great as a meat tenderizer because they contain an enzyme called actinidin that breaks down proteins.  We will definitely put it to the test when we are trying out our new FISHBIO Farms Chipotle Steak rub! 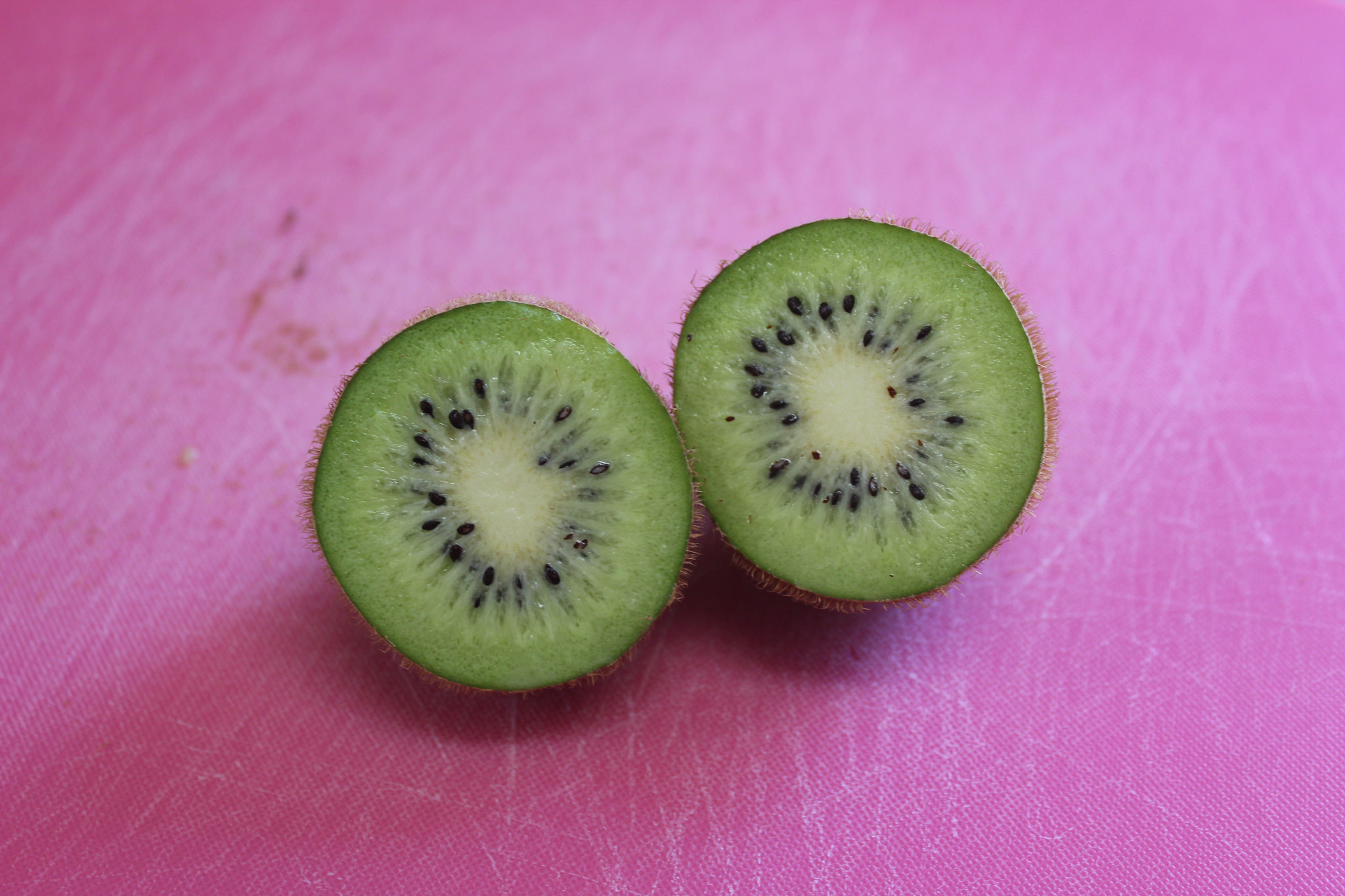